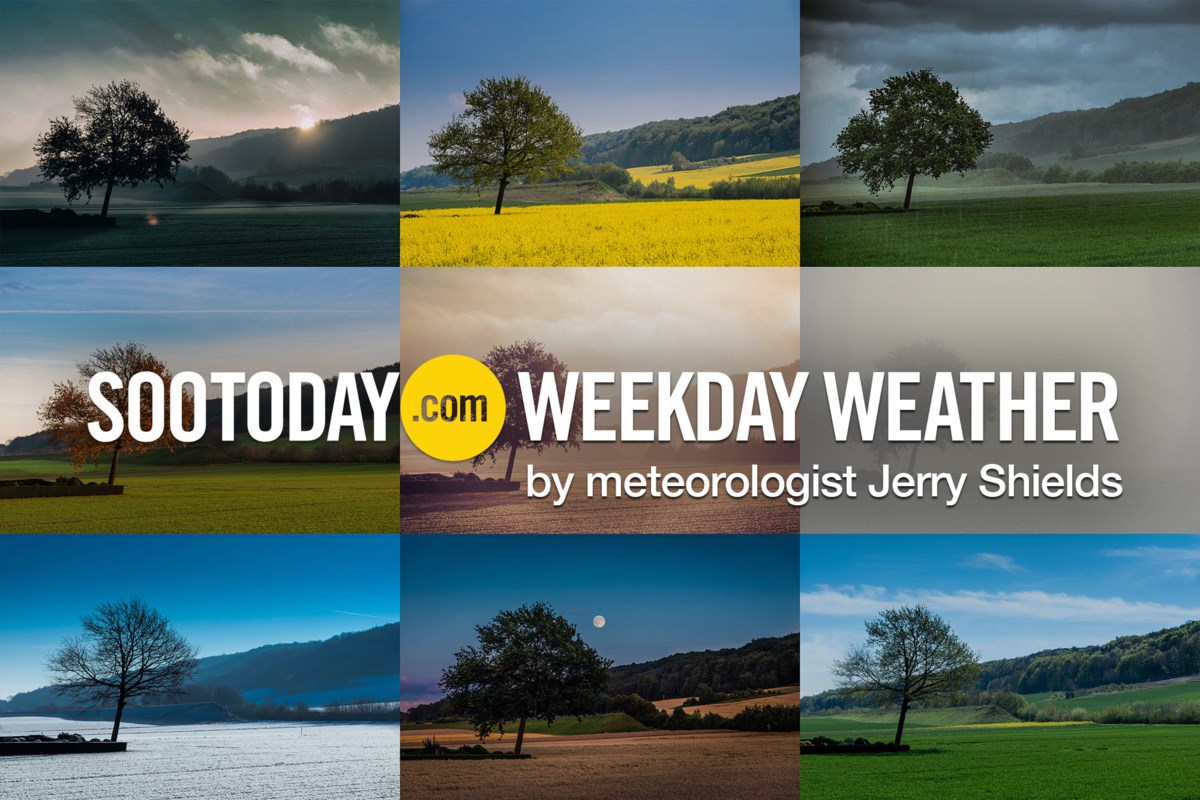 Our recent run of south and east winds that brought record-breaking heat last week and scattered storms will give way to cooler, drier westerly winds early this week. In addition, a large area of high pressure will set up in Northwestern Ontario for the first have of the week to help pull colder air in on the northwest wind. We may even run into a risk of frost by mid-week.

Locations along Lake Superior will take the brunt of the cold weather as the onshore breeze chills those areas more than folks inland and further east. The winds do change later in the week to allow daytime highs to reach back into the upper teens – but with that wind change comes the chance of showers once again.

The warmest temperatures on Monday will happen around noon as the mercury reaches 14°C under sunny skies. A gusty cool northwest wind ramps up and pulls cold air from over Lake Superior across the region in the afternoon. However, locations east of the city, along the North Channel, may see slightly warmer temperatures with less lake influence.

The northwest breeze and sunshine will remain in place all day Tuesday and keep daytime highs near 12°C, with a risk of patchy frost overnight into early Wednesday.

Temperatures slowly begin to climb on Wednesday and Thursday as temperatures reach 17°C under partly skies. Showers are likely on Friday ahead of a cold front that will bring cooler temperatures again this coming weekend.