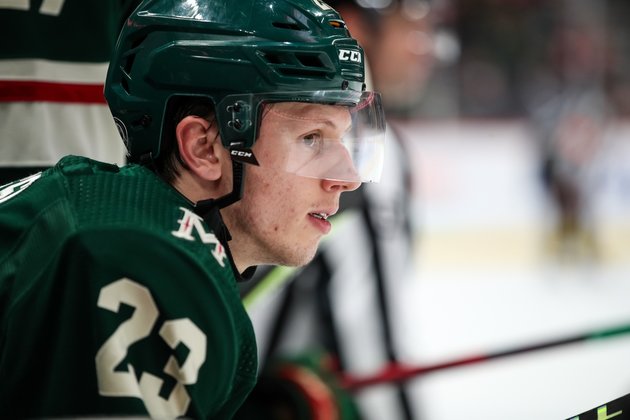 Two of the Minnesota Wild’s top prospects were recalled by the organization Tuesday, as Marco Rossi and Matt Boldy will now be available to skate for the Wild in game action.

They’ll make their NHL debuts alongside one another against the Boston Bruins Thursday, per a report from The Athletic.

Boldy has tallied four goals and 10 points with American Hockey League affiliate the Iowa Wild, while Rossi currently leads that organization with 23 points (including seven goals).

To make room for the pair, the team put Victor Rask and Zane McIntyre on waivers.

McIntyre, most recently a goaltender with the AHL’s Tucson Roadrunners, signed with the Wild Tuesday and must first pass through waivers to join the organization. Once he does, he’ll likely bounce down to the taxi squad.

In seven seasons with Binghamton, Lehigh Valley, Providence, Tucson and Utica, McIntyre has gone 114-57-25 in the net, posting a 2.51 goals against average with a .910 save percentage.

Rask, 28, has 480 NHL games under his belt, having spent the past four seasons with Minnesota. He has four goals and six assists this season, as well as 84 goals and 128 assists for his career. He was drafted by the Carolina Hurricanes in 2011.