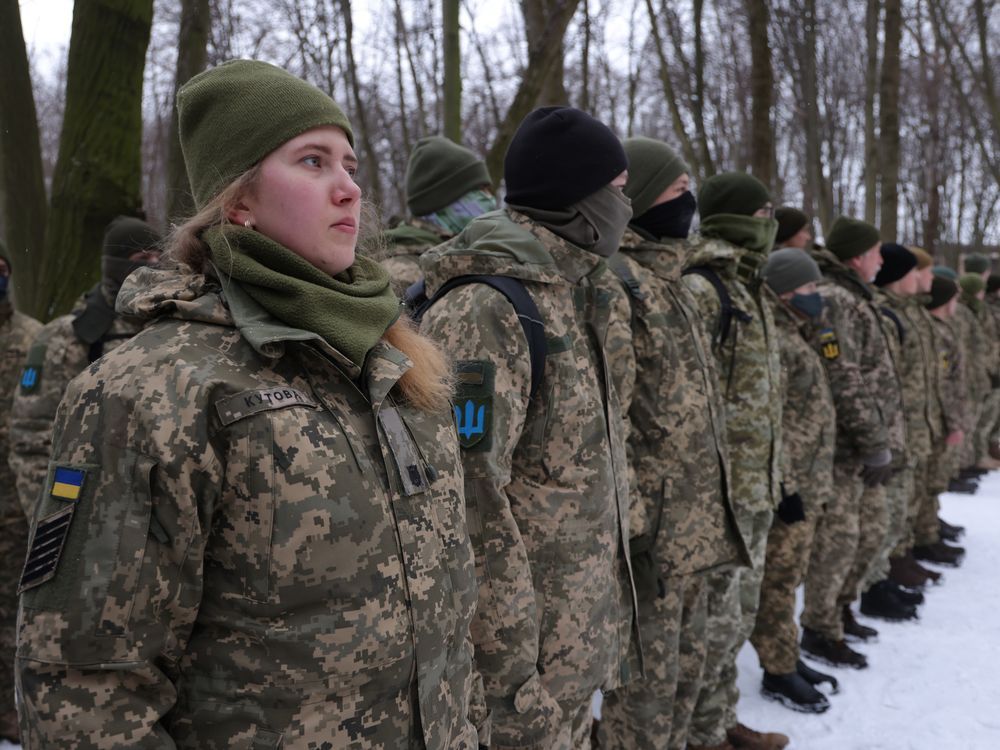 I have been getting a lot of questions about Ukraine of late, for obvious reasons. I haven’t been giving out too many answers because, frankly, I have no idea what Russian President Vladimir Putin intends to do this week, next month or next year. Nor do the other pundits I have read.

Of course, I agree with those who caution against appeasing this Russian bully — as every kid learns, sometimes the hard way, caving in to a ruffian never works. Many years ago, when I had to deal with just such a tormentor, I did so by finding allies among my schoolmates. They weren’t necessarily friends, but they helped keep me safe because we crafted a kind of defensive alliance, “one for all, and all for one.” The thug didn’t dare take on the group. Collectively, we could always out-think him and, yes, even out-punch him, if it came to that. A peace of sorts descended upon our playground.

Some promote the prescription that Russia has a “sphere of influence” over Ukraine, just because Ukraine was once held captive within the Soviet imperium. This is a rather tired excuse for settler-colonialism, a quite unacceptable formula for how international affairs should be managed in the 21st century. In the three decades since the Soviet empire exfoliated, in 1991, a post-Soviet generation has grown up. I’ve met many of these young people in Ukraine. I’ve even encountered a few in Kingston where, for many years, Ukrainian officers annually participated in advanced military training. The last two students who came here, just before the pandemic disrupted the program, were both born after 1991, veterans of combat against the Russian invaders in eastern Ukraine. Neither man wanted his country to have anything to do with the anti-democratic regime of Putin and his KGB confederates, whom they correctly described as being hostile to the very idea of a free Ukraine. These warriors are now on the front lines. I know they will fight hard, not just because they know how to but, more importantly, because they know why.

As for those who claim NATO went “marching” eastwards, “incorporating” former Soviet republics and the Warsaw Pact states, posing some kind of existential threat to Russia, well, the fact is that Estonia, Latvia, Lithuania, Poland and all of those other countries willingly reoriented themselves toward Europe and joined NATO, as fast as they could, doing whatever necessary to get away from Moscow. They saved themselves.

So what is Putin’s real purpose, whether his troops stage a limited incursion or launch a full-scale attack? Some have suggested it’s to get Ukraine to accept neutrality, like Austria or Finland were forced into after the Second World War. That’s not it. What Putin really craves is a neutered Ukraine. Sadly, I think he may succeed, not through the force of Russian arms but because of what the West will not do. The reality is that, despite lots of blather stretching over many decades, and still being mouthed, Ukraine wasn’t welcomed into NATO. All the assurances Kyiv was given about how Ukraine’s territorial integrity and political independence would be respected (e.g. the 1994 Budapest Memorandum) — in return for which they gave up their nuclear arsenal — were nothing but a great fib. A generation of Ukrainians were duped.

They should have known better. In November 1991, I wrote an op ed cautioning Kyiv against trusting others with Ukraine’s national security. For that I was admonished as a roguish provocateur — surely the “free world” would not break solemn promises? I take no pleasure in writing “I told you so,” but I must. Today, when Ukraine needs reliable allies, none are to be found. Ukraine stands alone, betrayed.

In 2014, Russian soldiers occupied Crimea, illegally annexed by the Russian Federation soon thereafter. Russia has waged war against Ukraine ever since. Meanwhile, the West has not helped much, its much-touted economic sanctions incomplete and largely ineffectual. No matter what Russia does next, it’s obvious the West has been cowed. And Putin knows it. So today’s Ukrainians have to swallow the bitter truth that their dreams of Ukraine returning to its rightful place in Europe have been prostituted by the West. Or to put it another way — Putin has already won this war, without having to despoil even another metre of Ukrainian land.

Where the world goes after this is something we should all fear.

Lubomyr Luciuk is a professor of political geography at the Royal Military College of Canada.