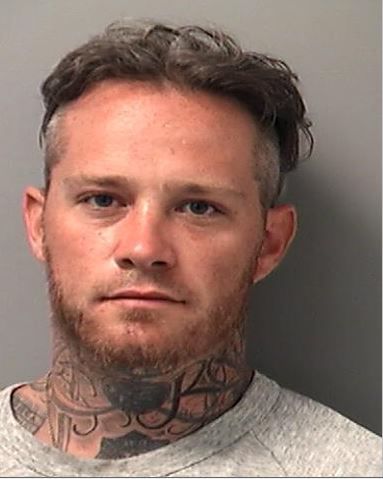 Kodie Hearsum remains in custody, according to the release.

West Grey Police Service responded to a report on July 15 at about 3:04 a.m. of a shooting at a residence on Grey Road 4 in West Grey.

On Saturday, police announced multiple resources including the West Grey Police Service and the Grey Bruce OPP Crime Unit with help from the OPP emergency response team, forensic, canine, and criminal investigation units, were searching for Kodie Hearsum in connection with the shooting and considered him armed and dangerous and a risk to public safety.

Police released two photos of the 34-year-old West Grey man and asked residents to remain vigilant and to call 911 if they observed the suspect or someone matching their description. Police encouraged Walter’s Falls residents to lock their doors if they were at home.

Police arrested Kodie Hearsum near Walter’s Falls at approximately 3:43 p.m. Sunday after receiving information the suspect was observed in the area.

The ongoing investigation is under the direction of the OPP Criminal Investigation Branch, in partnership with the Office of the Chief Coroner for Ontario (OCCO) and the Ontario Forensic Pathology Service (OFPS)

Several posts on social media made this past weekend mourn the death of 62-year-old Doug Hearsum, a popular figure in Canadian drag racing.

According to an online profile published on dragracecanada.com, Doug “Pit Bull” Hearsum was a veteran drag racer based in the Hanover area with over three decades of racing experience.

Police are still looking to speak with anyone who may have information regarding the investigation. The OPP ask members of the public to call them at 1-888-310-1122.

Those wishing to remain anonymous can call Crime Stoppers at 1-800-222-8477 or leave an anonymous online message at https://crimestop-gb.org.