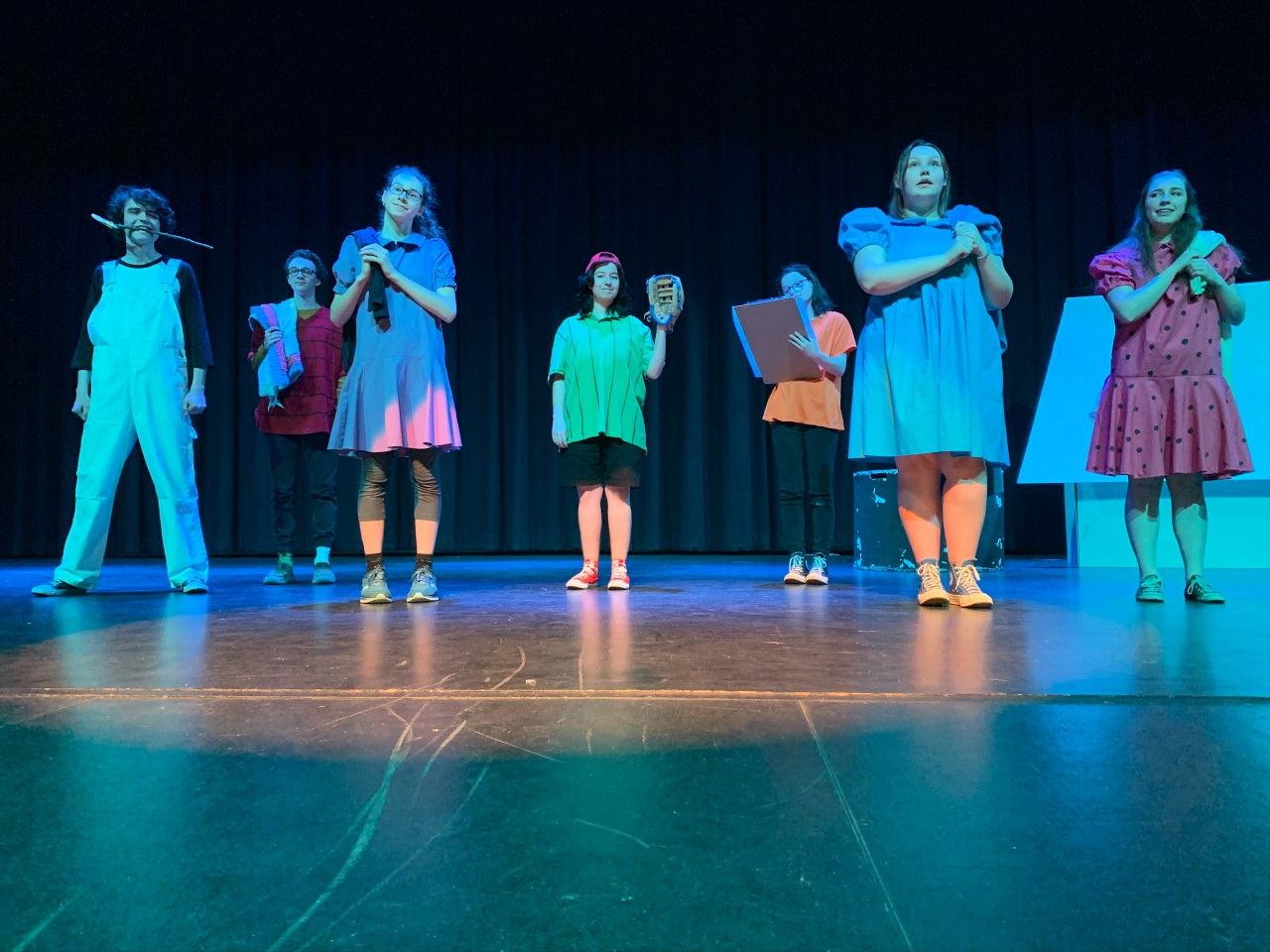 You’re a Good Man, Charlie Brown! brings Peanuts back to the city

Theatre is meant to be seen live.

The COVID-19 pandemic kept the curtain closed, but the stage is now open and West Ferris Intermediate and Secondary School students are preparing for an impressive return.

As members of Trojan Theatre Company were practicing their scenes and going over their lines, they all agreed performing on a digital platform isn’t the same.

“You don’t get the laughs and claps.”

“We all haven’t been on a stage in front of a live audience for a long time,” James said. “But we’re pushing through. It’s going to be great.”

James, who plays Snoopy in the upcoming production “You’re a Good Man, Charlie Brown!” jokes that it’s been a challenge not only coming back and performing on stage but also playing a dog.

Classic scenes from the Great Pumpkin and Charlie Brown Christmas, Lucy giving advice at her “psychiatrist’s” booth, Charlie Brown at the pitcher’s mound and Linus dancing with his blanket are some of the performances included in the play.

“There are many memorable moments in this show,” he said, adding for some this is their final high school performance.

Abby Alexander, a Grade 11 student, said auditions are never easy, no matter how many times you step onto the stage.

She said she’s excited to perform in this production.

“This show forces us to go back to our younger years. Charlie Brown Christmas and Great Pumpkin are classics,” she said.

“This show has a smaller cast, we all click and it’s a lot more intimate. Acting makes you do things that take you out of your shell and you make some of the greatest friends.”

Ava Kislinsky, a Grade 10 student, said live theatre is all about community.

“It doesn’t matter about your gender, how smart you are, we all share the same passion.”

Tickets are $10 each and can be purchased at www.showtix4u.com/event-details/64939