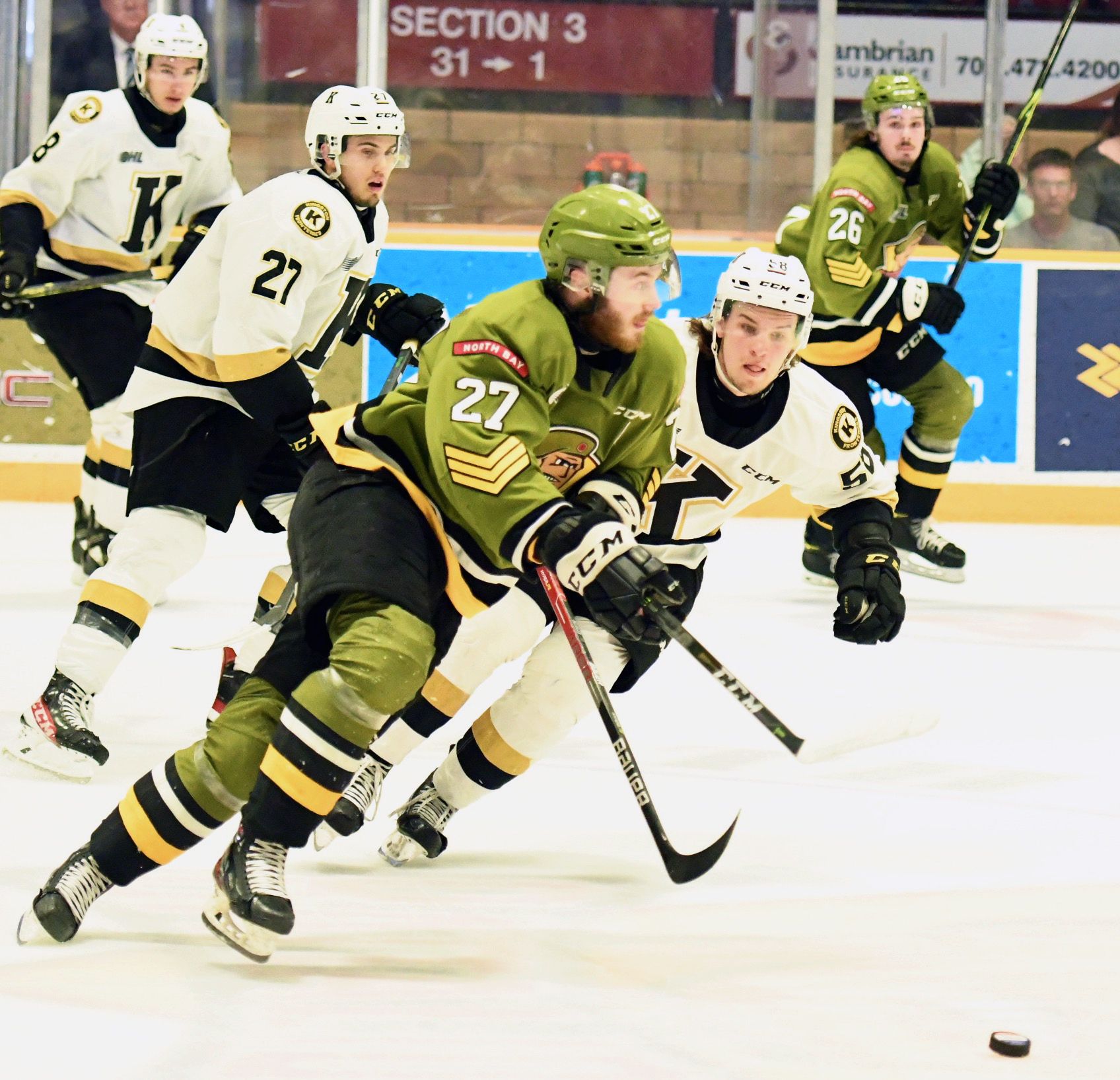 The Ontario Hockey League conference finals feature the teams with the top four records in the 2021-22 regular season. In the Eastern Conference, that means the Hamilton Bulldogs and the North Bay Battalion.

Hamilton posted a won-lost-extended record of 51-12-5 for 107 points to lead the East Division, conference and league, while North Bay went 43-18-7 for 93 points, first in the Central Division.

The teams open what’s styled as the Eastern Conference Championship Series for the Bobby Orr Trophy at 7 p.m. Friday at FirstOntario Place. Game 2 is scheduled Sunday night, also at Hamilton, before the best-of-seven set moves to Memorial Gardens next Wednesday night.

“We have the utmost respect for that organization and what they can do, and we’re obviously going to have to be ready for them,” Battalion coach Ryan Oulahen said Wednesday.

“They have unbelievable high-end offensive talent up front, obviously led by their big boys, but then there’s the depth, and they’re a big, strong older group.”

Russell is second in OHL playoff scoring, one point behind Wyatt Johnston of the Windsor Spitfires, who has played two more games before facing the Flint Firebirds in the opener of the Western Conference Championship Series for the Wayne Gretzky Trophy at home Saturday night.

Russell leads the league in playoff goals, while Jackson, Morrison and McTavish are tied for second place. Coe is tied with Kingston’s Francesco Arcuri for second in postseason assists.

Jackson leads in power-play goals with five, one more than Russell, Morrison and McTavish. With six, Nelson and teammate Matvey Petrov are tied for first in power-play assists with Ryan O’Rourke of the Sault Ste. Marie Greyhounds, while Russell is second in game-winning goals with four.

Russell has been named to the Canadian Hockey League’s Team of the Week for the period ended Sunday. Hamilton goaltender Marco Costantini also was named to the six-man squad.

Both Hamilton and North Bay finished the regular season strong.

“We know that they’re good, but we also have a belief in our room that we’re a pretty good hockey team and we’ve been on a really good run the second half as well,” noted Oulahen.

The games at Hamilton can be seen live in North Bay on YourTV Channels 12 and 700.