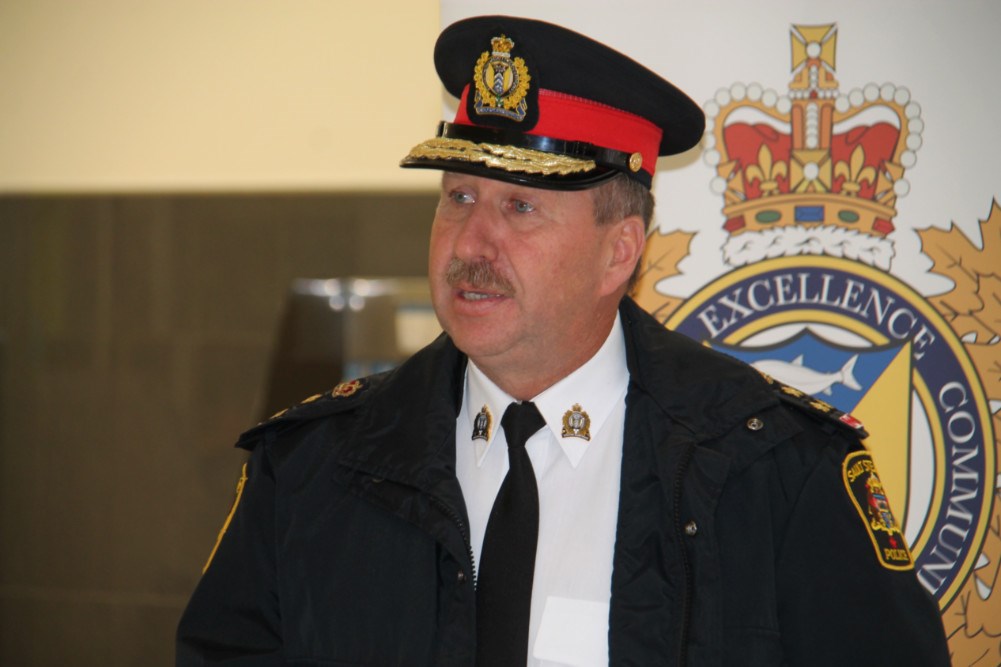 Police board approves $32 million budget for 2022; will go to council for final approval

“In terms of law enforcement, what I’d like to see is us continuing to get this poison (drugs and weapons) off the street,” Stevenson said, speaking to SooToday.

“We were successful in the last four months with three of the largest drug busts in the history of the city. Getting the guns off the street is another huge priority. Another huge priority is making sure that our officers are protected and safe when they go to do their job and that they come home at the end of the day to their families.”

Of opioid abuse within the community, Stevenson said “this is a public health issue.”

“We will do everything in our power to stop the drug flow and the weapon flow into the city, but really, it’s investment by all levels of government in long term treatment, housing, social support and employment (that is needed). If you have those four pillars to this issue, that’s where the solution sits in both the short and long term.”

“We need to make sure we deal with the vulnerable person in a way that gets them off this cycle of drug abuse, violence and unfortunately death,” Stevenson said.

“One of the big budget items was $275,000 above the regular cost to maintain this facility (the Sault Ste. Marie Police Service building on Second Line East). I think something needs to be done and in fairness to the board, (Police Services board member) Rick Webb has kept it on the agenda. We are looking into those costs and I’m sure that will continue in the future,” Stevenson said.

“90 per cent of it (the budget) is the collective bargaining agreement and salaries,” Stevenson said.

“The board and the police association discusses those and the police chief really doesn’t have any control over that. We have done our best to keep costs down as much as we can in terms of in service training, reducing overtime. We have had some cost, but not significant, in terms of adding additional officers to the downtown core but I wouldn’t say that was a significant impact on the budget.”

“In terms of actual operational policing, our overtime did not spike outside of the normal even though we are busier simply because of the amount of violent crime. COVID costs were a part of it, such as COVID cleaning where we were adding infrastructure to the building, making sure the cruisers were clean and PPE for the officers,” Stevenson said, reflecting on 2021 and looking ahead to 2022.

Police are also looking at the purchase of upgraded vehicles and upgrading to Next Generation 9-1-1 (NG9-1-1) technology by 2024, Stevenson said.

In a separate move, the board approved a resolution that “the Sault Ste. Marie Police Services Board directs the Chief to work with the CAO and their respective senior staff to assess the City providing further administrative services to Sault Ste. Marie Police Services, provided the provision of those services represents a decrease in the cost of those services to the ratepayers of the City.”

“The impetus for this discussion came from council,” Stevenson said.

“They’re looking for ways for the Police Service and the City to be more efficient. I’ve always supported that direction. Malcolm (White, the city’s CAO) and I have already been discussing this for probably six months.”

“We both initiated conversations about us both doing a review of our human resources and finances, more specifically for us in the end, so that we know services aren’t being duplicated between the two entities. We look at evolving technology that can make us more efficient. We look at more proactive HR and finance principles that can reduce workload over time. Really, it’s all about efficiencies and how we do business before we go to next year and ask for more money, or not. We want to do our best to act as efficient and professional as we can,” Stevenson said.

Meanwhile, Thursday’s police board meeting marked the last for Sault Mayor Christian Provenzano, who has stated he will not be running for reelection in this fall’s municipal vote.

Stevenson and board members thanked Provenzano for his years of service to the board, Provenzano expressing his own appreciation for the board and police.

The board selected Ward 2 Councillor Lisa Vezeau-Allen as its new chair for 2022, with board member John Bruno serving as vice-chair.

Ian MacKenzie was appointed to the board for a three-year term.