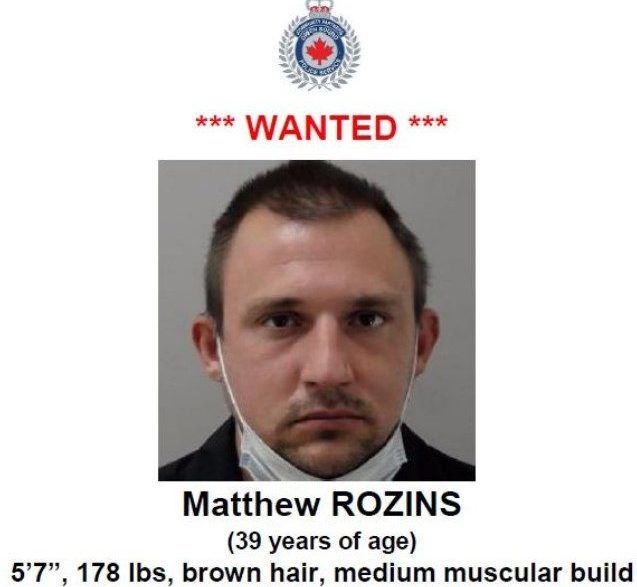 Owen Sound police are warning the public about a man wanted elsewhere in the province who may be in the Owen Sound area.

On Thursday afternoon, city police posted to its social media channels that Nottawasaga OPP were seeking assistance locating 39-year-old Matthew Rozins. Investigators believe Rozins poses a potential risk to public safety, and there is information he may be in the Owen Sound area, the post said.

If Rozins is spotted he should not be approached and 911 should be called immediately, the post said.

According to a news release from Nottawasaga OPP, Rozins’ last known address was in Loretto in the Township of Adjala-Tosorontio, which is east of Orangeville. He is described as being approximately five feet, seven inches tall and weighing 178 pounds, with short brown hair, brown eyes and a medium muscular build.

A warrant has been issued for his apprehension, the release said.