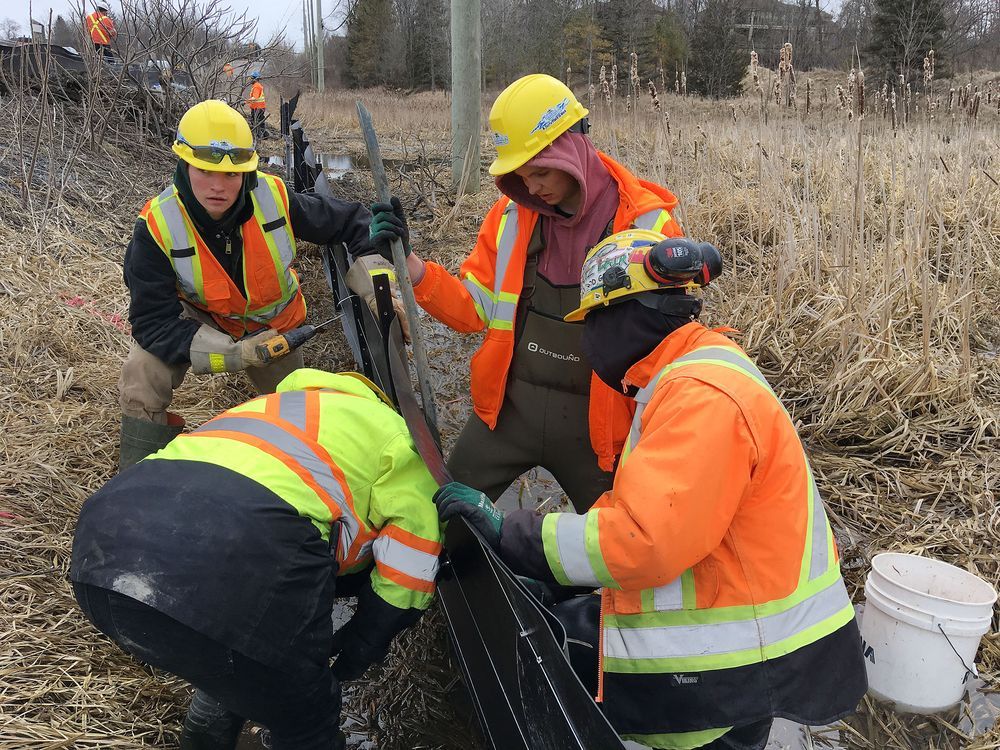 The $900,000 contract is meant to prevent turtles from getting onto the road where they run the risk of being struck and killed by passing vehicles.

“This is the number one hot spot in Kingston, always has been. It was a war zone, a slaughtering zone,” said Maybn Armstrong, the founder of Turtles Kingston, the group that pressured city council for years to build the fences.

“For the survivability of this species that’s already on the road to extinction you have to save the adult reproducing turtles. The hatchlings, less than one per cent survive. They are not what is going to make the difference in the survival of the species,” she said. “This species of turtles, the snapper is mostly what we have here, takes an average of 18 years to mature, so when you lose one it takes 60 years for that turtle to be replaced.”

We apologize, but this video has failed to load.

The project, including a $400,000 increase to the budget, was finally approved by council at its last meeting of 2021.

The work began with snow clearing in February before installation of about 2.5 kilometres of fence commenced last month.

The project is the first in the city to use Animex fencing, a product made from recycled plastic and manufactured in the United Kingston.

“We started on Creekside Valley Drive to get a handle, a feel for the material and then we’ve moved along to Highway 2,” explained Matthew McCombs, shoreline project engineer at the city of Kingston.

“We’ve covered the majority of the northern part of the fence as well as this other part of the fence, so we’re well on our way,” he said. “We’re working with the fence material and finding the best way to tie it into our culverts to ensure that we can minimize the amount of turtles getting up onto the road.”

“It’s a fairly workable material, it’s meant to be very flexible so that we can go around sharp corners, tie it into other fencing,” McCombs added.

The black Animex fencing is to replace temporary fencing put in place last year. The permanent fencing, which comes in sections about 10 metres long, is held in place by T posts and wires. There are also heavier posts cemented into the ground that are needed each time the fenceline changed direction or elevation.

The project has had to contend with fluctuating water levels in the wetland.

“I mean, this is a new product, it’s not used here yet. The cold has its challenges with this fence, I mean if you can imagine it’s a heavy poly, but overall, our folks have got a system down and they’re really moving along with, and we’ve adapted to the way it’s the way we’re working with it.”

“Time will tell just how well it does work.”

In addition to the installation costs, city council approved an annual $10,000 budget for maintenance for the fence.

Once the fence is installed, monitoring how well it performs – by keeping turtles off the road, holding together through seasonal weather changes and withstanding the impact of snow coming off a snowplow blade – will become the priority to determine if the design is to be used at future turtle fencing locations, such as Abbey Dawn Road or Perth Road.

“It’s been a work in progress as we go learning the product, but overall so far you know we’ll see how it performs and that’s going to be a big part of this project is is monitoring it,” McCombs said.