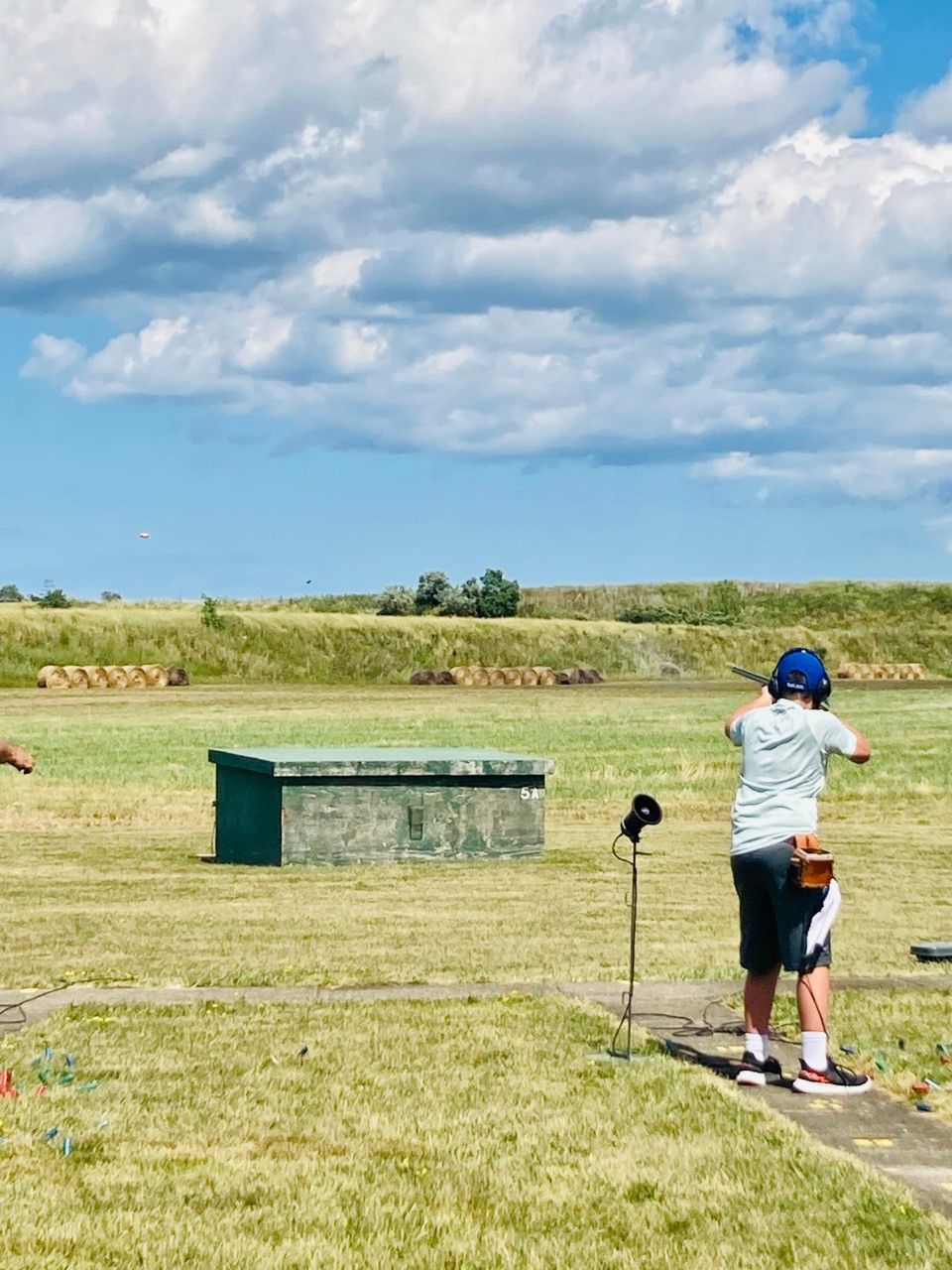 Jacob Bedard was on target all weekend.

He was competing in the sub-junior category, having just turned 13-years-old.

On his first day of shooting, Jacob took part in a preliminary round in the handicap category at a shooting distance of 20 yards scoring of 87/100.

The real completion began on Saturday where he competed in the 200 singles category with a shooting result of 182/200 which gave him the title of Open Sub-Junior Champion.

On Sunday, Jacob competed in the Sub-Junior 100 Doubles category, not having shot doubles ever before and shot 74/100 which again was the top score to take the title of being the Open Sub-Junior Championship.

Jacob finished off the tournament by shooting in the 100 handicap category and after tying for first place with a score of 86/100, it took three rounds in a shoot off where he took the Open Champion title, two shots behind the Resident Champion.

He practices twice a week.

What attracted the Chippewa student to this sport, “I like to learn about safe gun use, I have a license to hunt partridge, and enjoy any type of competition. Practice at the range helps me when I hunt.”

When did he realize that he was getting good at this, “It took a long time, it takes a lot of little things to get it right, it took me about a year of trap shooting to score in the 20’s (out of 25). It’s like skeet shooting as they throw the clay pigeons in the air.”

Being a provincial champion was a big thrill to Jacob.

“It means a lot and being the best and winning a title at my first ever event was important.”

The youngster says meeting competitors was also a thrill.

“Hey we’re all the same and became friends quickly, cheering people on.”

Wintertime practice is, no pun intended, hit or miss, depending on the weather, according to the young sharpshooter.

Bedard will be in the same category (sub-junior) for competitions in 2023.