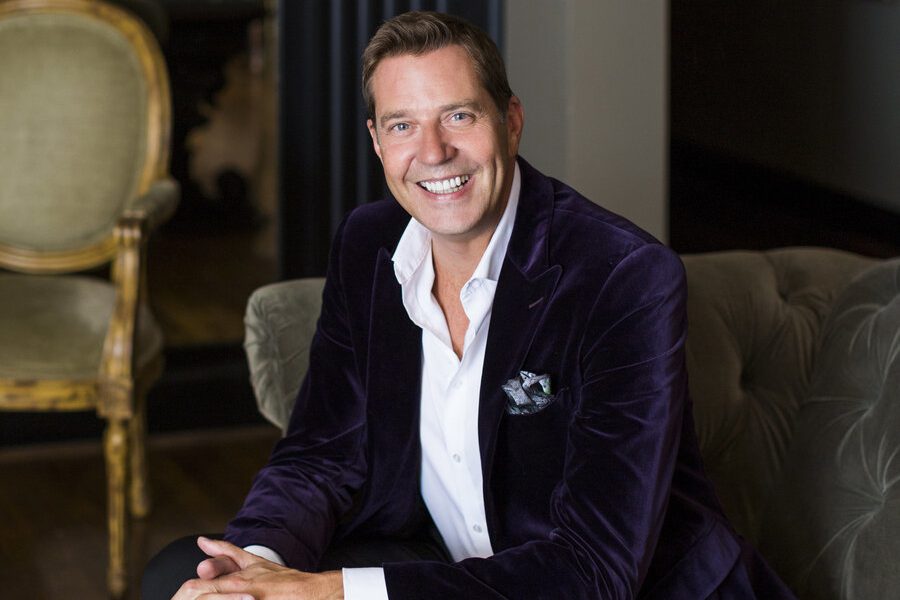 This story is sponsored by the Toronto Symphony Orchestra

To listen as Toronto Symphony Orchestra (TSO) conductor Steven Reineke talks about the genius of iconic composer John Williams is to understand that greatness is measured in many ways.

Start with the endlessly proficient output of Williams, who is still going strong in his 90th year. Canadian trivia fans will note one of the American composer’s earliest scores was for a 1954 Newfoundland tourism promo film called You Are Welcome. Since then his soundtracks have been synonymous with an endless list of Hollywood’s most famous blockbusters. Williams worked closely with directors like Alfred Hitchcock, Brian DePalma, George Miller and – most famously and frequently – Steven Spielberg.

The composer’s vast body of work gives the TSO’s upcoming concert The Best of John Williams an endless wealth of material to choose from. Falling under the umbrella of immediate crowd-pleasers on the program are the instantly recognizable pop-culture touchstones from Star Wars, Raiders of the Lost Ark, Jurassic Park, Close Encounters of the Third Kind and E.T. the Extra-Terrestrial.

“John has a very special gift of writing melodies that are so instantly recognizable that they are tied to the movies and the characters forever,” enthuses Reineke, the TSO’s Principal Pops Conductor. “When you hear ‘bumpa-dump-bum, ba-DUM,’ you see Harrison Ford playing Indiana Jones, or if you hear ‘bum-bum bum-bum-bum BA-bum’, it’s instantly Star Wars. That’s the same for Superman and Harry Potter. You can’t take the music away from the movie – they are forever tied.”

And then there are the works that – while not necessarily as well known as the smashes – are just as rewarding for both audiences and the musicians who play them. Also on the menu for the Toronto Symphony Orchestra’s The Best of the John Williams will be somewhat-unsung gems like “The Flight to Neverland” from Hook, “Viktor’s Tale” from The Terminal, “Jewish Town (Krakow Ghetto – Winter ‘41)” from Schindler’s List, and “Devil’s Dance” from The Witches of Eastwick.

“I’ve chosen some interesting things for this program,” Reineke notes. “I’ve done a lot of John Williams programs over the years, including in Toronto in the past. This time I wanted to do things we haven’t done before. Some of the works will feature soloists from within the orchestra, which is always fun.”

He continues, “For example there’s a moment in Schindler’s List that’s astounding that we’ll feature that doesn’t get played all the time. We’re also doing ‘Devil’s Dance’ –  a lot of people don’t realize that John Williams wrote the score to The Witches of Eastwick. Basically, you get all the great hits, but you get some new ones too.”

Now over seven decades into his career, Williams has more Academy Award nominations than any living person on the planet, as well as a trophy case full of Oscars, Grammys and Golden Globes. Reineke, who’s now in his early 50s, remembers being exposed to composer’s magic at a young age.

“I think I was seven years old when I saw Jaws – it was a big movie, and I remember my family taking me to see it,” he recalls. “The theatre was so crowded that people were even sitting in the aisles. I remember being scared out of my wits. That was my first introduction to John Williams’s music. I think that led to such a love of film music that I wanted to be a film composer at one point.”

Instead, Reineke, who also composes today, gravitated towards the podium, becoming one of the most successful orchestra leaders in the world. One of North America’s most in-demand conductors of popular music, he’s on the road constantly, working with everyone from The New York Pops at Carnegie Hall to the Philadelphia Orchestra to the Cincinnati Pops Orchestra, where he’s the principal conductor, and for which he’s written more than a hundred orchestral arrangements.

He’s looking forward to the Toronto Symphony Orchestra’s The Best of John Williams program, for a number of reasons. A big one is his long-standing relationship with the TSO, which he’s been working with since his 20s.

“It’s the orchestra that I have the longest relationship with outside of Cincinnati,” Reineke says fondly. “I first guest-conducted this group when I was 27 years old. Now I’m 51. I’ve got so many great friends there, and they are just a fantastic orchestra. They are great to make music with, and they are really nice people who I love that are friends of mine.”

What has him thrilled about The Best of John Williams is the chance to pay tribute to someone he rightly sees as a legitimate living legend.

“Being the Principal Pops Conductor of the Toronto Symphony, I focus on more of the popular repertoire as opposed to the classical side of things,” Reineke says. “Something that kind of crosses the gap there is The Best of John Williams because his music is truly orchestral. He comes from a grand European tradition of classical composers who wrote for movies in Hollywood back in the day – Max Steiner and Bernard Herrmann. John has kept that tradition alive in grand fashion with his epic orchestral scores through his film work.

“The Best of John Williams,” he continues, “really showcases the orchestra, but it’s also really recognizable music. John is considered by many to be the most famous living composer we have.”

So famous is Williams’s work that when Reineke leads the TSO through the cello-powered “The Shark Theme” from Jaws or the full-blown brass majesty of “The Main Title Theme” from Star Wars Episode IV: A New Hope, everyone in the audience at Roy Thomson Hall will end up instantly transported to the silver screen. Such is the composer’s impossibly rich legacy.

Reineke suggests there’s one final – and huge – reason to be excited about The Best of John Williams.

He notes that for all the influence that Williams has had on him as a conductor he’s never met the American icon. That will change this summer, when Reineke will attend a Kennedy Center three-day celebration for Williams in Washington DC.

“I’m going to have the luxury of conducting the motion picture score for E.T. on the first night, and Jurassic Park on the last night,” Reineke marvels. “Before Jurassic Park there will be an onstage talk with John and Steven Spielberg, so, you know, no pressure. Other than that, it will be enough to just meet him, and to thank him. Because he’s really been such a great influence on so many people.”

The Toronto Symphony Orchestra’s The Best of John Williams runs May 10, 11 & 13 at Roy Thomson Hall. For more information on the program, and to buy tickets, go here.