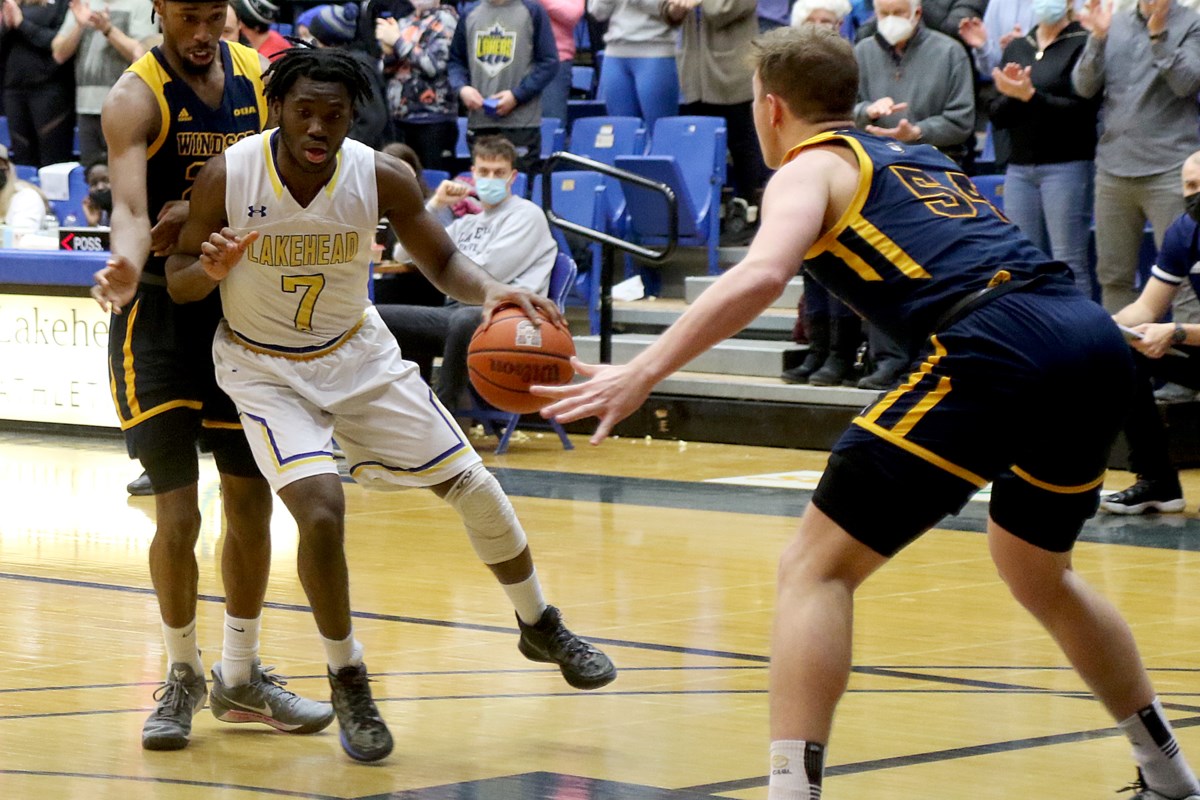 An 80-75 overtime win on the road on Friday night against the Waterloo Warriors kept them in contention for the No. 3 conference seed.

Laoui Msambya converted a three-point play with 48 seconds to go in the extra frame, breaking a 74-74 tie, the points proving to be the difference as the Wolves improved to 10-5, winning their eighth straight OUA contest

It was all-hands on deck for Lakehead in this one, four players hitting double digits in the victory.

Michael Okafor led the way for LU with 14 points, with Msambya chipping in13. Jared Kreiner and Dylan Morrison added a dozen apiece.

Nedim Hodzic sent it to OT, hitting a pair of free throws with 16 seconds left, after Lakehead battled back from a seven-point deficit to start the fourth.

Hodzic missed a buzzer-beating jumper that could have won it for Waterloo in regulation.

Justin Malnerich led the Warriors with a game-high 20 points.

Lakehead (10-5) is tied with McMaster and Waterloo for second place in the conference, but does not hold the tiebreaker against either team, who play each other on Saturday night in the finale for both teams. A Lakehead win over Waterloo in a rematch of Friday night’s contest would earn them the third seed.

Lakehead’s women’s basketball team has forfeited both of its weekend games against Waterloo and will finish at 2-14 on the season.