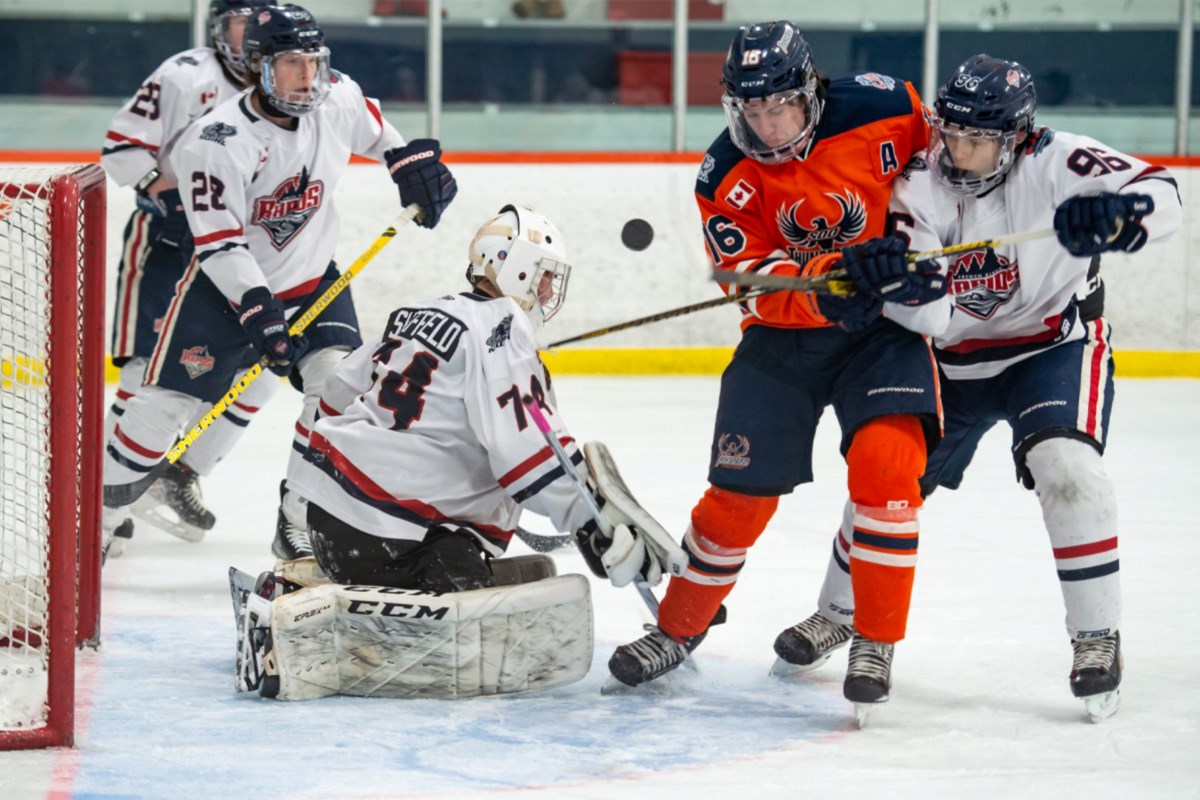 In what was a close game through 40 minutes, the Soo Thunderbirds used a four-goal third period to pick up a win over the French River Rapids Sunday in Northern Ontario Junior Hockey League action.

The Thunderbirds extended their winning streak to eight games with a 6-0 win over the Rapids at Noelville Community Centre.

Noah Metivier picked up the shutout for the Thunderbirds, stopping 27 shots.

The Thunderbirds opened the scoring when defenceman Andrew Gibson picked up his 18th goal of the season, beating Rapids goaltender Cole Sheffield with a shot from the right circle high stick side 8:32 into the contest.

On a delayed penalty in the second period, the Thunderbirds extended the lead when Dharan Cap scored on a rebound after a point shot by Gibson was stopped by Sheffield at 10:53.

The Thunderbirds then broke the game open in the third period.

Youssef Chaouachi made it 3-0 just 90 seconds into the period when he beat Sheffield with a backhand on a breakaway.

Cap then picked up his second of the night at 6:54 when a shot by Chaouachi was stopped and deflected in off Cap.

Just 51 seconds later, Kenny Belanger Jr. made it 5-0 by beating Sheffield with a shot from the left circle.

Michael Chaffay capped off the scoring with 5:09 to go when his shot from the slot beat Sheffield stick side.

In addition to two-point nights for Cap, Chaouachi, and Gibson, Cole Delarosbil also has two points for the Thunderbirds with a pair of assists in the win.

Sheffield made 33 saves for the Rapids.

Winners of nine of their last 10 games, the Thunderbirds improve to 28-5-2-3 with the victory.

French River has dropped three straight games and eight of their last 10, falling to 19-21-1-0 after Sunday’s loss.

Next up for the Thunderbirds is the opening game of a three-game homestand that will see the team host the Blind River Beavers on Wednesday night at 7 p.m. at the John Rhodes Community Centre. The team will face the Hearst Lumberjacks on Friday night at the GFL Memorial Gardens in a 7 p.m. start before wrapping the homestand up on Sunday afternoon at 2 p.m. against the Cochrane Crunch at the John Rhodes.