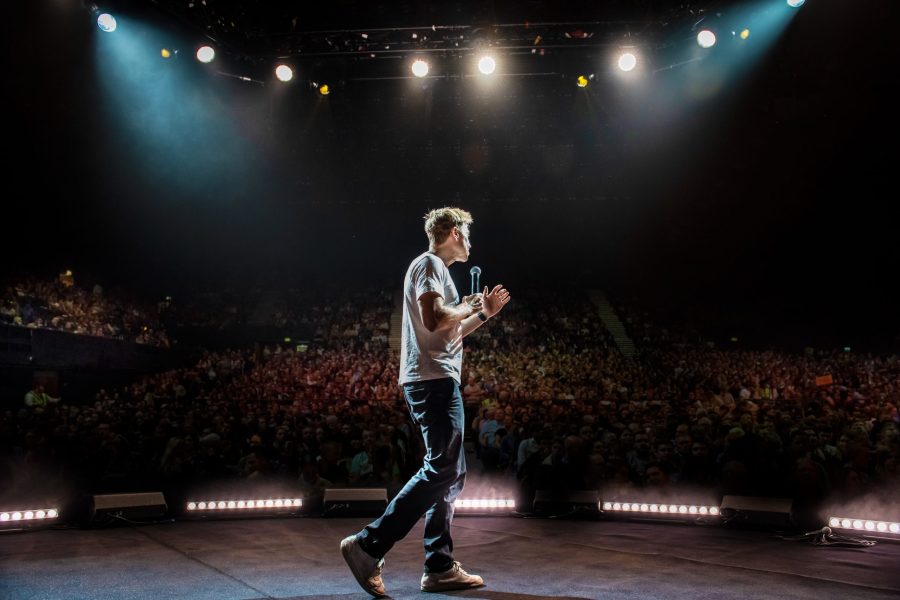 Including stand-up Russell Howard, a hybrid opera directed by Atom Egoyan, the Toronto Sketch Comedy Festival and the Oscars

The UK-born stand-up and presenter, familiar from his Netflix specials, is now a global superstar, and he brings his latest tour, postponed because of the pandemic, to two Toronto venues, one in the east end, one in the west.

The mostly-virtual edition of the annual comedy festival wraps up this weekend, with digital shorts by Sam Roulston, Tom Hearn, Fatuma Adar, Anders Yates and others. There’s also a live show on March 27 at Comedy Bar Danforth.

Runs to March 27. From $8. torontosketchfest.com

Act 3 Theatre, an all-female collective of well-known actors between the ages of 50 and 76, presents a showcase of works in progress featuring a metaphorical merry-go-round, with each scene including a character named Mary.

The Oscars at Comedy Bar

Who will take home the top film prize this year? Belfast? The Power Of The Dog? CODA? Dune? How will co-hosts Regina Hall, Amy Schumer and Wanda Sykes fare? You can watch the ceremony at home, of course (on CTV at 8 pm), or you could head on over to Comedy Bar for a free screening, complete with prizes, commentary and shrewd analyses by comics like Aine Davis, Mark Little, Roger Bainbridge, Isabel Zawtun and Cameron Maitland, all hosted by Paul Beer.

Things to do in Toronto