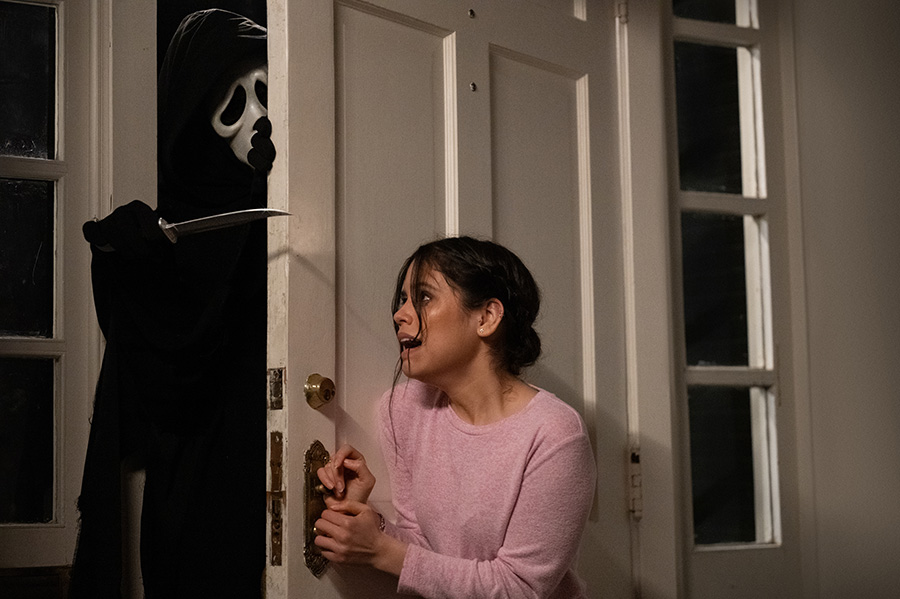 From Sarah Polley’s adaptation of a Miriam Toews novel to two fantasy sequels, here are the movies and shows we’re most looking forward to

If, like many of us in pandemic mode, you did a complete rewatch of the Scream series – including the TV series – a couple of months ago leading up to Halloween, you’ll be ready for the reboot, set 25 years after the original Woodsboro murders. OG survivors Neve Campbell, Courteney Cox and David Arquette reprise their roles, while newcomers Melissa Barrera, Kyle Gallner, Mason Gooding, Mikey Madison and others will be running for their lives – or perhaps donning the iconic Ghostface mask.  In theatres (pending COVID-19 restrictions) January 14

A glamorous Manhattan setting. A real-life story of true crime involving fraud. Pretending to be German royalty and tricking the New York glitterati. Super producer Shonda Rhimes at the helm as creator and producer. A cast that includes multiple Emmy Award-winner Julia Garner (Ozark) as Anna Delvey, along with Anna Chlumsky, Laverne Cox and Arian Moayed. We have found February’s binge-watch.  On Netflix, starting February 11

Jordan Peele’s revolutionary social horror movie Get Out introduced us to The Sunken Place while revealing an untapped thirst for clever genre fare that captures the anxiety around race relations in America. There have been plenty of imitators since, all of which missed the mark. Even the Peele-produced remake of Candyman was at best a noble effort that lived in the shadow of the original. In Nope, Peele reunites with his Get Out star Daniel Kaluuya and is working for the first time with Keke Palmer and Steven Yeun in a movie we know next to nothing about. Are we still excited? Yup.  In theatres July 22

The Lord Of The Rings

When news broke that there was going to be a TV series based on J.R.R. Tolkien’s beloved fantasy series, millions of fans of Peter Jackson’s Oscar-winning trilogy of films wondered: why? Well, it turns out the series will be set in the Second Age of Middle-earth, before the events of LOTR began. It’s set to be the most expensive TV series ever made. Will it be a Game Of Thrones-worthy series? Or will it be a fantastic flop?  On Amazon Prime from September 2

House Of The Dragon

Speaking of GoT and big-budget fantasy prequels, here’s a series that will likely please fans of the HBO series. Based on GoT author George R.R. Martin’s novel Fire & Blood, it’s set 200 years before the events of the first book and covers the beginning of the end of the House Targaryen. The all-star cast includes Paddy Considine, Emma D’Arcy, Olivia Cooke, Matt Smith and Rhys Ifans. It’s got to be better than the original series’ final two seasons, right?  On HBO and Crave, release date TBA

Mission: Impossible is the only consistently entertaining blockbuster franchise. At its best, the series gives us seductive throwbacks to 70s political thrillers and film noir. And at its worst, we get messy but propulsive thrills. Tom Cruise’s latest stab at cheating death comes with a storied production history full of interruptions and delays. Making a globe-trotting spy adventure with key locations in Italy and the UK during a pandemic proved to be its own mission impossible during the pandemic. The film’s Blu-ray bonus materials might as well include that explosive audio recording of Cruise dressing down crew members for not taking safety precautions and distancing seriously. That temper tantrum made many look at Cruise as a hero for our times.  In theatres September 30

Spider-Man: Across The Spider-Verse (Part-One)

The first Spider-Verse staked its claim as one of the greatest comic book movies ever. The movie’s dazzling animation emulating the texture of print pages and its barrage of cheeky gags and thrilling superhero theatrics puts the recent fan service multiverse shenanigans in No Way Home to shame. Into The Spider-Verse was so much fun it was exhausting. And we can’t wait for more.  In theatres October 7

Killers Of The Flower Moon

Martin Scorsese pits his two most prominent muses – Robert De Niro and Leonardo DiCaprio – against each other for the first time. They star alongside Jesse Plemons, Brendan Fraser and Lily Gladstone in the adaptation of David Grann’s novel about the real-life Osage county murders, a series of killings that targeted Indigenous people who had a stake in oil-rich land. The traumatic subject matter will be a flashpoint for heavy discourse. This is a story of Indigenous genocide once again told by settlers. And that conversation is at risk of getting drowned out because someone will prod Scorsese for more comments on Marvel movies.  In theatres, release date TBA

We Own This City

“From the team that brought us The Wire”– that’s all we need to know to be sold on HBO’s new limited series about Baltimore police corruption. Their latest, directed by King Richard’s Reinaldo Marcus Green, adapts Justin Fenton’s book about a real criminal enterprise operated by the Baltimore police Gun Trace Task Force. The series brings The Wire creators David Simon and George Pelecanos back to Baltimore for the first time since their cops-and-criminals series became the gold standard for TV. Now they’re telling a story in the time since Freddie Gray’s 2015 murder by police and the Black Lives Matters protests that pushed back against a lot of the abuse and neglect they touched on the first time around.  On Crave, release date TBA

Sarah Polley’s first feature since her playful and moving documentary Stories We Tell is an adaptation of what the New York Times dubbed a Mennonite #MeToo novel. Miriam Toews’s story is about women gathering in secret to discuss and push back against repeated sexual assaults committed by the men in their colony. The film naturally sounds like a continuation of conversations Polley herself had been having about sexual abuse – even before the Harvey Weinstein allegations came to light. Now she’s having that conversation in a film starring Jessie Buckley, Rooney Mara, Claire Foy and Frances McDormand.  In theatres, release date TBA

Filming for the final season of Vince Gilligan and Peter Gould’s explosive Breaking Bad prequel began last March, but it had to stop in the summer after star Bob Odenkirk suffered a heart attack. But soon fans of the tense crime-drama will get to find out what happens to Odenkirk’s Jimmy McGill/Saul Goodman, Kim Wexler (Rhea Seehorn), Mike Ehrmantraut (Jonathan Banks) and Lalo Salamanca (Tony Dalton) in the first batch of episodes. Wexler recently tweeted that the final season would be “devastating.” Does that mean her lawyer who broke bad ends up dead? We’ll see.  On AMC and Netflix, release date TBA