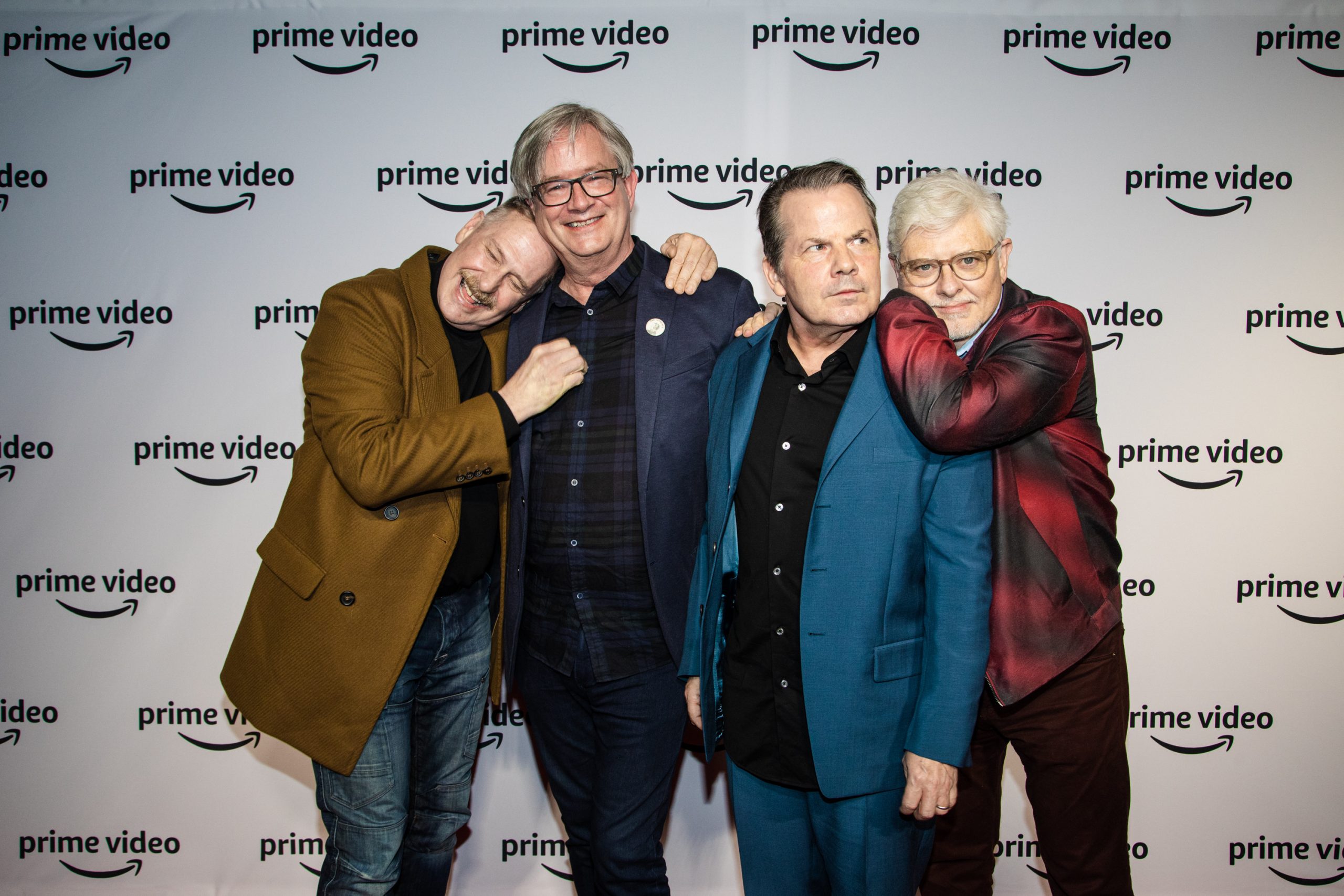 Ahead of their upcoming revival series on Prime Video, the influential Canadian comedy troupe returned to their old home venue

It’s official: the Kids in the Hall are back. The long-running sketch comedy group have a new series coming to Prime Video on May 13. They celebrated on April 13 with a sneak peek at the Toronto venue they made famous: the Rivoli.

The same Queen West back room where the five Kids – Dave Foley, Scott Thompson, Bruce McCulloch, Kevin McDonald and Mark McKinney – honed their act and built a following in the 80s was where they showed the opening sketch from their new revival streaming show.

“Thanks to the Rivoli for still being shitty,” quipped Foley. They joked that so many people who were crowding in to see the screen there would soon be a KITH variant.

Everyone made the party except McDonald. The others claimed that they didn’t know where he was. But his absence let us imagine an alternate reality in which the fifth member of the Kids in the Hall is another 90s icon: Julia Stiles.

Yes, that’s Julia Stiles of Save The Last Dance and 10 Things I Hate About You fame surrounded by the Kids in the Hall. She was there to promote her own Prime Video series, The Lake, a new Canadian comedy series also starring Jordan Gavaris and Madison Shamoun.

Earlier in the day, Amazon promoted their upcoming slate of originals in an upfront presentation at Massey Hall. Other upcoming projects include a Quebecois version of comedy competition show LOL, Mark Little’s animated series Gary and His Demons, which has moved over from CBC Gem, and an untitled Tragically Hip docuseries coming in 2024 directed by late frontman Gord Downie’s brother Mike Downie.

Downie and Hip guitarist Paul Langlois were at the Kids in the Hall event, making it an extremely CanCon heavy night (at least one Arkell was there too).

Christina Wayne, Prime Video’s head of Canadian Originals, said they want to be “the most local of global streaming services.” The Kids in the Hall stood out during a presentation full of polished teleprompter message-speak with their acerbic cut-through-the-bullshit banter. They had a crowd of on-assignment journalists and schmoozers laughing in their seats.

A docuseries called The Kids in the Hall Comedy Punks will launch on May 20.

Kids in the Hall