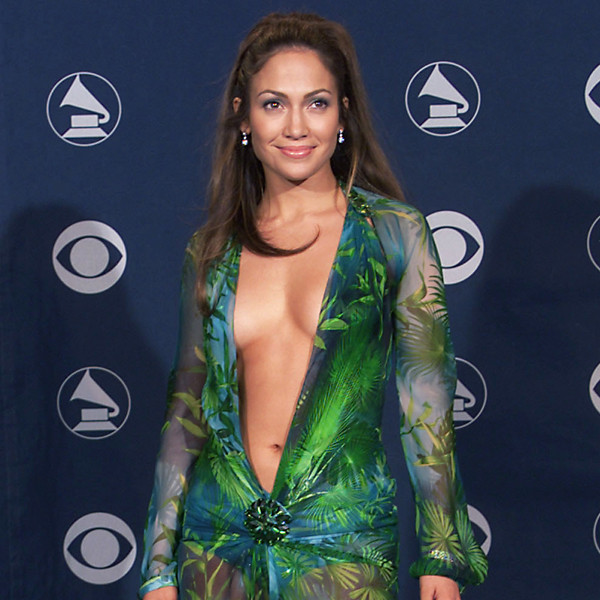 In addition to bestowing prestigious music industry honors, the Grammys occasionally sing the tune of controversy.

Jennifer Lopez drew controversy at the 2000 award show when she arrived wearing her now-iconic plunging Versace dress. And speaking of jaw-dropping looks on the red carpet, how could Lady Gaga top her meat dress from the 2010 MTV VMAs? Well, a year later, she made a never-before-seen entrance at the 2011 Grammys: Mother Monster was carried inside a giant egg.

Music’s biggest night has had plenty of wild onstage moments as well. Kanye West spurred backlash by pretending to re-enact his 2009 Taylor Swift-MTV VMAs stage rush at the 2015 Grammys. This time, Ye stole the spotlight from Beck after he won Album of the Year. The rapper later told E! News after the Grammys that “Beck needs to respect artistry and he should have given his award to Beyoncé.” Kanye later clarified his remarks and apologized.

And speaking of Beyoncé, the 2017 Grammys featured a surprising acceptance speech from Adele, who, after winning Album of the Year, spent much of her time onstage paying tribute to Bey, a fellow nominee.