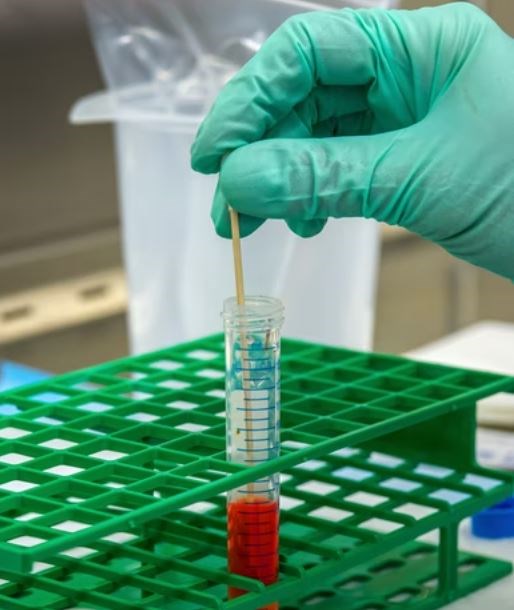 THUNDER BAY — A big increase in syphilis cases in 2021 has prompted the Thunder Bay District Health Unit to enhance its outreach to vulnerable populations.

Referring to a more than 100 per cent increase in infection rates since 2019, Kandace Belanger – TBDHU Manager of Street Outreach, Harm Reduction and Sexual Health Programs – calls the situation concerning.

Syphilis is an infection that can be spread through direct exposure to a syphilis sore during any sexual contact where protection is not used.

It can be treated with antibiotics, but if left untreated can harm the brain,  heart and other organs, or even lead to death.

Women can also pass it on to their unborn children.

The rate was 14.7 per 100,000 in 2020, but  Belanger said that’s not considered reliable because of pandemic restrictions that year and the challenges people encountered to access testing.

Both health units have rates far higher than the most recently reported Ontario average.

Belanger said TBDHU is trying to increase awareness in the community about the risks the infection poses, and the need for testing.

“We’ve had some campaigns and education. We have outreach services that provide testing and education at the moment to some of our more vulnerable folks, and also through our clinical services,” she said.

Injection drug use, being under-housed or homeless, and having multiple sexual partners may exacerbate the risk of getting syphilis.

Belanger cautioned that early diagnosis and treatment is a key for a disease that once carried the nickname “The Great Imitator.”

“One of the only ways to know if you have it is to test. I think maybe there’s a misconception that  ‘I would know if I had an STI.’  Often that’s the case…there are different stages…[but] it’s important for people to know they might be at risk if they’ve had unprotected sex.”

She added that syphilis cases are often picked up through testing of people who have no symptoms.