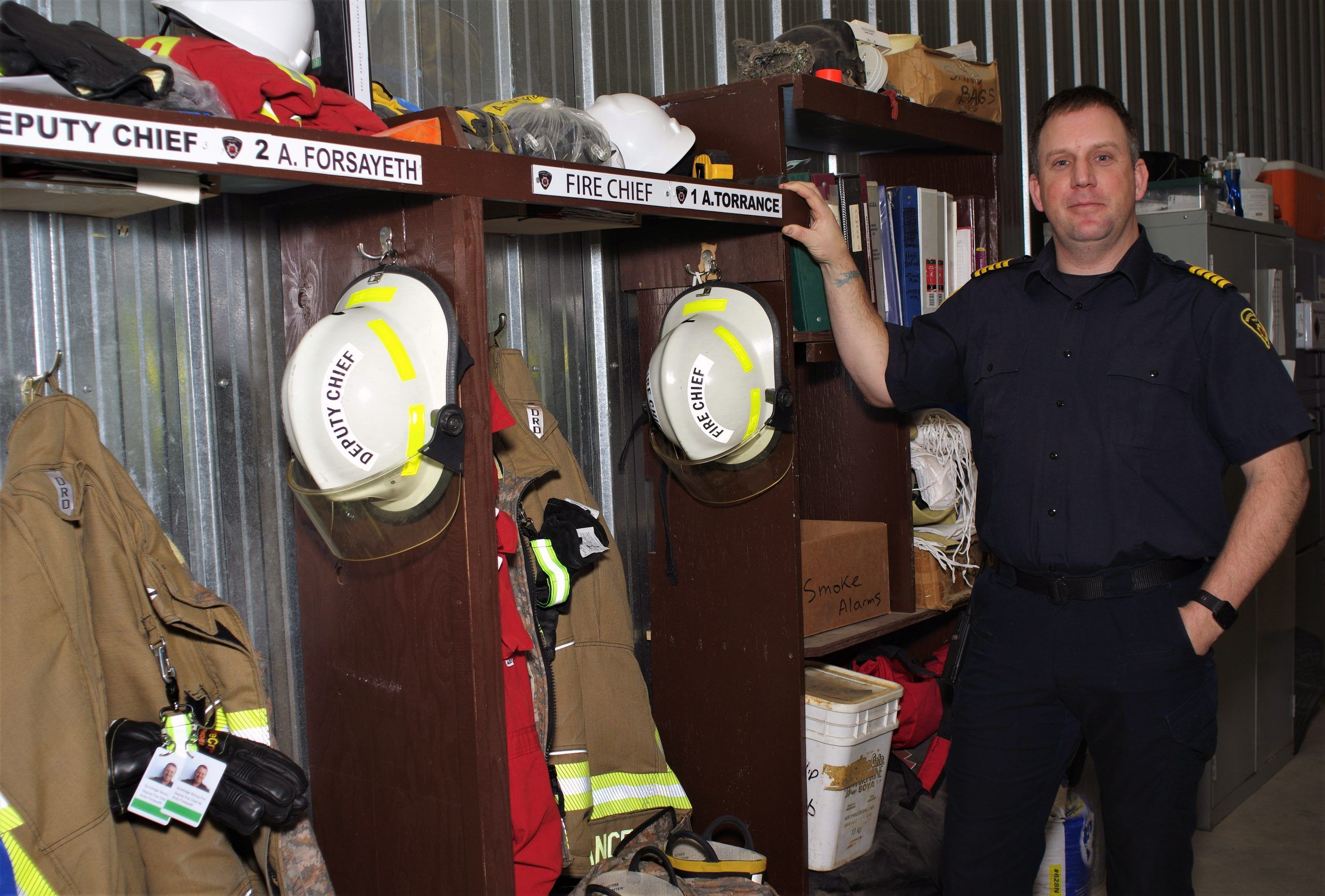 Sundridge-Strong Fire Ch­­ief Andrew Torrance is again making the case for a second full-time paid employee for the fire department.

This time Torrance is looking for a full-time permanent resource based individual.

Last year Torrance tried creating a full-time fire prevention officer position where the Northern Ontario Heritage Fund Corporation would have covered about two-thirds of the officer’s salary for the first year and Sundridge and Strong would split the remaining amount before assuming 100 percent of the costs in future years.

Although Sundridge council supported the creation of the new position last year, Strong council did not and under the shared services agreement between the municipalities, both councils have to agree on the endeavour.

In a new report to both councils dated July 13, Torrance says steps are needed to avoid gaps in fire department service to the communities.

As the only paid employee Torrance needs to draw from the volunteer firefighters, who have full-time jobs of their own, to replace him whenever he’s at professional development events, training courses, meetings or takes vacation time.

However Torrance says replacing him to ensure emergency response coverage is in place when he’s away has become tougher to do.

The result is that Torrance stays put for the most part.

Torrance’s report identifies where service gaps could occur including running into limited responses in an emergency, a lack of adequate supervision and limited or postponed weekly training exercises.

Torrance says as the fire chief he needs to continue taking training courses, attend professional development events and meetings but at the moment the department has “no clear mechanism to ensure appropriate coverage” when he’s away for any reason.

Torrance says the volunteer firefighters, if qualified, have filled in for him in the past, but adds as dedicated as this group is, the volunteers also have their careers and families to consider which means “they only have so much time available to assist with coverage.”

The fire chief adds the area has fewer firefighters and says it’s unreasonable to expect them to do more to prevent fire gap services while also trying to achieve a work-life balance.

The representatives from Strong and Sundridge council who sit on the Fire Department Management Board are split on the issue.

Speaking as the Sundridge council representative, Coun. Fraser Williamson told his town council this week that Torrance makes a good case on the need for a second, full-time fire official.

But Williamson also told the council that during the June 9 fire management board meeting, although the Strong council representative did not oppose the notion of a resource person, the councillor wanted the position to be 20 hours a week and not 40 as proposed by Torrance.

“That’s not going to work,” Williamson told his council colleagues at the July 20 council meeting adding the department would still run into service gap issues under the part-time scenario.

Deputy Mayor Shawn Jackson agreed saying there may have been a time when a fire department could get away with a part-time resource person.

But Jackson said there is a great deal more training coming because of mandatory firefighter certification regulations so “it’s a no brainer to have another full-time position in place.”

Coun. Enzo Seca was the only dissenter. He argued the department has personnel who can replace Torrance during those times when he needs to be away, which it has done in the past.

Although the majority of Sundridge council voted to pursue adding one more full-time fire employee, it can’t do anything more until Strong council debates the same issue at its next meeting and decides whether or not to support the creation of a second full-time fire official position.

That debate is expected to take place Tuesday.