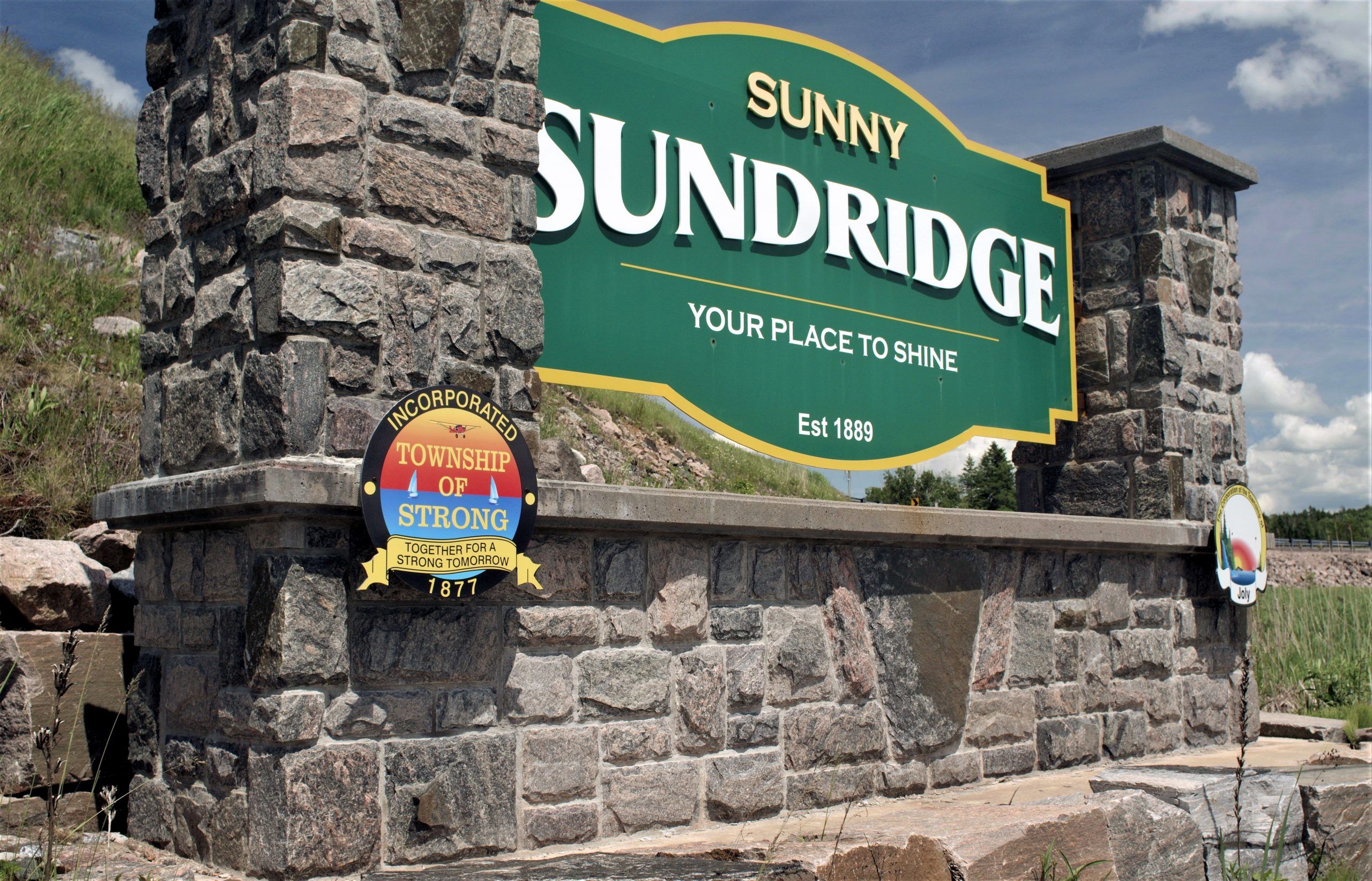 The stonework community sign northbound motorists on Highway 11 see on their way to Sundridge is finally getting lights for night-time travellers.

The sign sits south of Sundridge next to the Robins Road and Black Creek Road cloverleaf several kilometres south of the main Highway 124 exit.

Hall says exactly where to put the sign resulted in delays and eventually the Ministry of Transportation decided where it would go.

With the location decided, the next delay came with agreeing on the look of the sign.

Hall says by the time everyone agreed on the final design and it was built and installed, the overall costs had risen by $2,000 over the original $10,000 grant which Sundridge absorbed.

He says a decision was made not to install solar-powered lights because as the municipality debated the lighting issue, someone stole the solar panels Bracebridge and Huntsville had used at their sign locations.

“Our sign was going to be in the middle of nowhere,” Hall said.

“We couldn’t possibly do any security on it. So we decided to do without the lights. But now it’s time to rectify that.”

Coun. Barbara Belrose has been a champion for the lights.

Getting the lights was an on again, off again debate.

“But Barb kept pushing for them and she always maintained the sign needs to be visible at night,” Hall said.

The LED lights are now in the municipality’s possession.

Hall says the municipality plans to soon hire a contractor to install them sometime this summer.