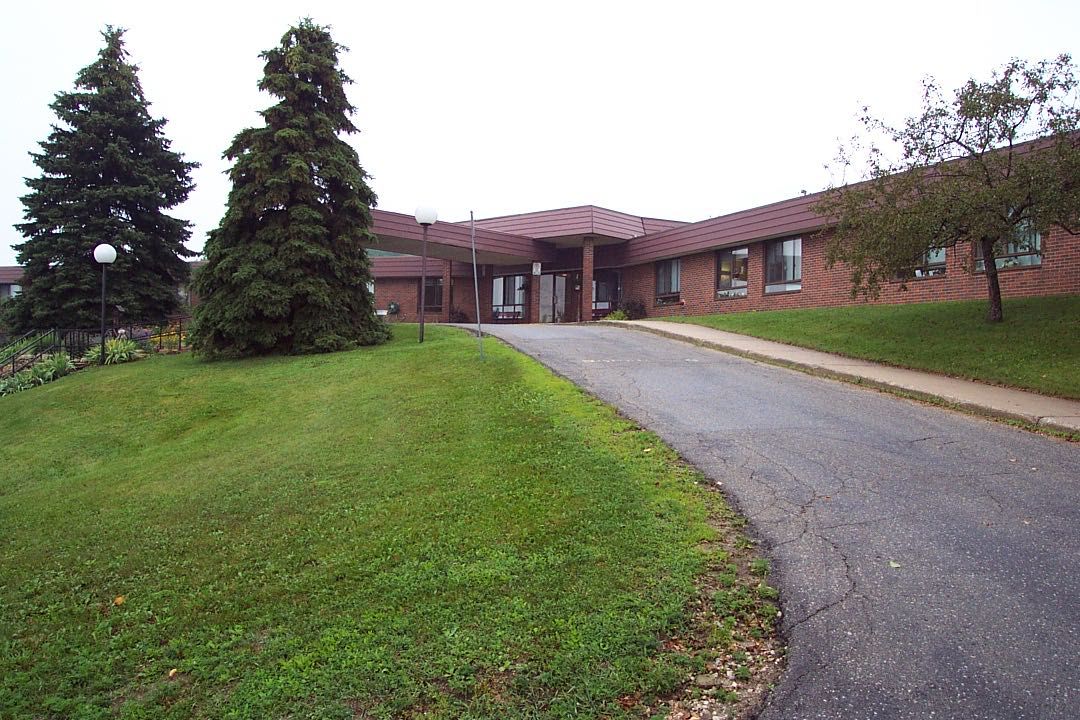 “We’ll be building a new building in a new location,” Roberts confirmed in an interview after the announcement Friday at the home.

Bruce-Grey-Owen Sound MPP Bill Walker made the announcement at the 47-year-old long-term-care facility Friday. The amount of funding wasn’t provided.

Roberts said the new facility will be built to modern standards, based on a design used in the just-completed Elmwood Place in a London, Ont. Revera home. That one is a 256-bed facility on two floors. The Owen Sound rebuild will be one storey.

But the space will be arranged similarly, with four 32-bed “neighbourhoods” or units, each with its own nursing station and dining area.

“The windows are bigger, the hallways are wider, the doors are wider to accommodate mobility devices. Surfaces are designed to be easier to clean. New ventilation, heating/air-conditioning system,” Roberts said.

“And also more privacy for the residents. I think 60 per cent of the beds would be private beds and the remaining 40 per cent would shared accommodations” for two people per room, washrooms in every room.

Revera has 32 older facilities which it intends to rebuild with the government’s help, two of which have begun, including the one in London.

The government’s approval of Summit Place’s long-term care home replacement was critical, Roberts said, because the government funds part of the capital costs and oversees the design and construction. It’s too early to say how much the new facility will cost, he said.

Owen Sound Mayor Ian Boddy said in an interview that this announcement shows the city is a good place in which to invest and it’s “great to have updated and upgraded private as well as public long-term care facilities in the city for people as they age.”

He noted the original builder of Summit Place, Versa Care, was among the first in Canada to combine long-term care, assisted-living and independent-living accommodations in the same complex, the latter two were added about 1985.

Meanwhile, Southbridge is currently building a new, 160-bed long-term care residence in the city, consolidating Georgian Heights, a 40-bed home, and Maple View, a 29-bed facility, and adding 91 more beds all in one new facility.

The government news release about Summit Place said funding for it is part of the government’s $6.4-billion commitment to build more than 30,000 net new beds by 2028 and 28,000 upgraded long-term care beds across the province.

“Our government has a plan to fix long-term care and a key part of that plan is building modern, safe, and comfortable homes for our seniors,” said Paul Calandra, Minister of Long-Term Care, in the release.

There are now 459 new and 435 upgraded long-term care beds in development, under construction or completed in Grey County, the release said.

“I’m very proud to say, with a total of 894 new and upgraded beds approved by our government for Bruce-Grey-Owen Sound, that locally we have more new beds than the previous Liberal government built in the entire province over their 15 years in government,” Walker said in the release.