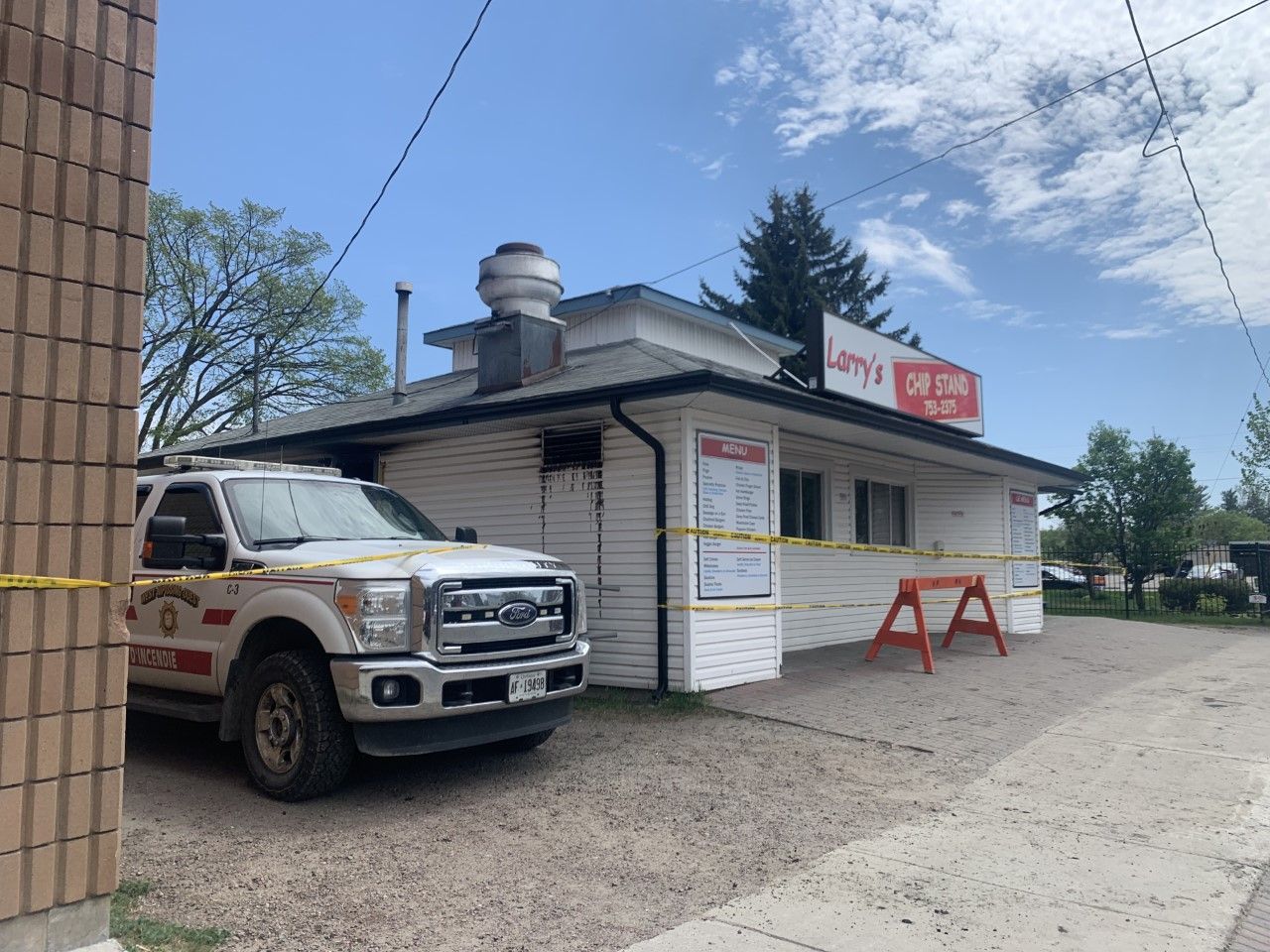 West Nipissing Fire and Emergency Services received the call at about 9 p.m. and the first crews to arrive on scene were there within two minutes.

Maranda said 18 firefighters were on scene battling the “active fire.”

“There was an awful lot of smoke. There was extensive smoke (when we arrived). It was so bad it was carrying over across the street,” Maranda said.

He said when crews opened the door at the chip stand “we knew we had a working fire inside and crews were able to minimize the flames to save the building.”

“The fire crews did a terrific job knocking the fire down. I thought it would have been a lot worse.”

Inside the building is a different story.

Maranda said there is extensive damage and major renovations will need to be completed before doors reopen.

“The Ontario Fire Marshal’s Office (is) on scene and they’re contacting electrical engineers to assist (in their investigation). Unfortunately the owners can’t operate at this time because of the extensive damage,” he said.

“It looks like they will have to gut the inside and do a complete redo. From the outside it looks like there’s nothing wrong, there’s hardly any damage outside.”

Maranda said it was unfortunate for both employees and the owner the fire occurred at the start of the chip stand season.

“They had a full stock,” he said. “Larry’s is an icon in our community. We’ve heard they’ve been in operation for 58 years. As soon as you say you’re from Sturgeon Falls people immediately say ‘oh you guys have all the chip stands.’”

“A lot of people are speculating this was a grease fire,” Maranda said. “I can confirm it didn’t start in the cooking area. It started in the stock room.”

He said the blaze isn’t considered suspicious and nobody was in the building at the time of the fire.

“The chip stand closed at 8:15 p.m. Luckily there were no injuries to civilians or firefighters who responded to the call.”