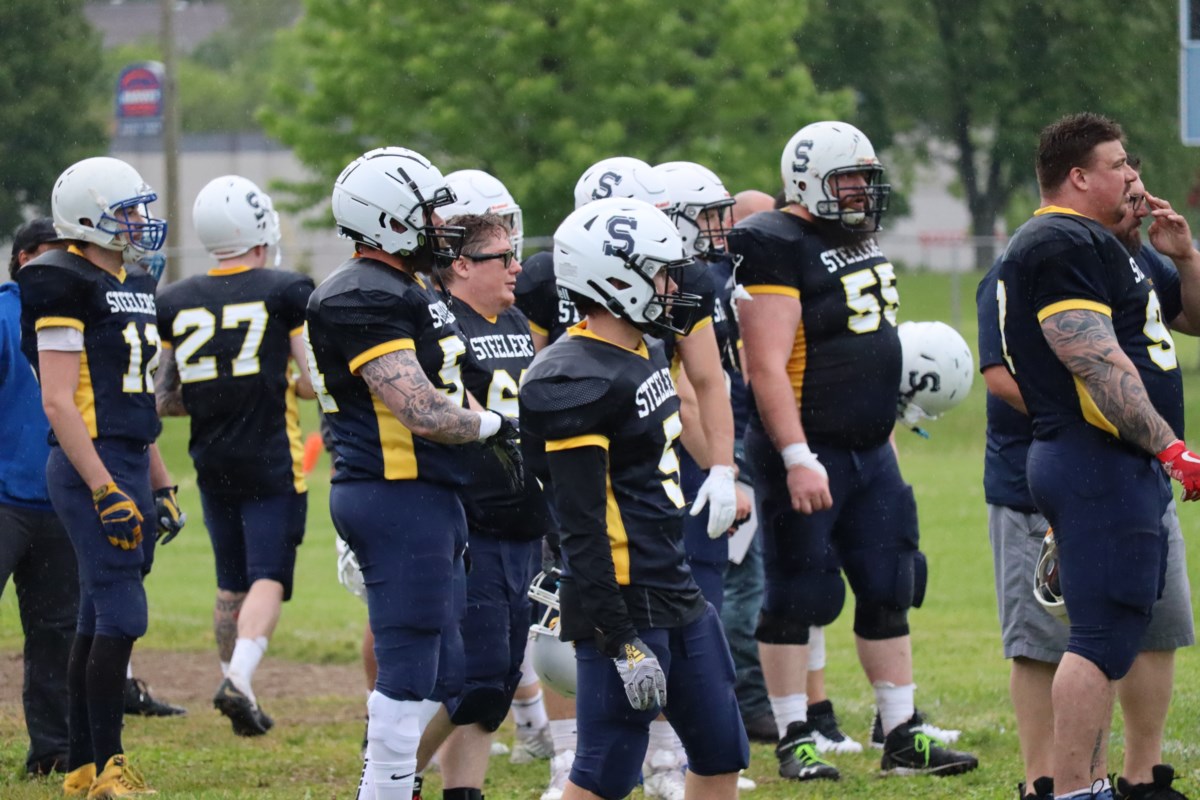 The Sault Steelers will wrap up their regular season schedule on Saturday in a big way.

The Northern Football Conference club is set to celebrate its 50th anniversary as the team hosts the Sudbury Spartans in a 5 p.m. kickoff at Rocky DiPietro Field.

The Steelers enter the game with a 2-2-1 record after a 39-3 win over the Toronto Raiders last weekend on the road.

The lone tie for the Steelers came in their opening game of the season when a lighting issue at Rocky DiPietro Field forced the contest against the Tri-City Outlaws to be called at halftime with the teams tied at 13.

The Steelers and Spartans met earlier this season with the Sudbury picking up a narrow 14-8 win on June 18 in the Nickel City.

In addition to the festivities, Saturday’s game takes on additional meaning as a Steelers win would clinch home field advantage for the opening round of the NFC playoffs on Aug. 6. That would mark the first home playoff game for the Steelers since 2014.

The Spartans enter Saturday’s game with a perfect 5-0 record and sit tied for top spot in the NFC standings with the GTA All Stars.

The Steelers other loss this season came at the hands of GTA, who picked up a narrow 11-2 win at Rocky DiPietro Field on July 6.

Behind the Spartans and All Stars in the standings it the Steel City Patriots, who have eight points thanks to a 4-1 record heading into action this week. The Patriots will not compete in the NFC playoffs this season due to

Tri-City is currently fourth with a 3-1-1 record.

The Mifa Longhorns sit in sixth, just behind the Steelers with a 2-3-0 record. A win by the Longhorns this weekend combined with a Steelers loss would give Mifa home field in the opening round of the playoffs.

The North Bay Bulldogs are seventh and the Raiders sit eighth, each with 1-5-0 records and the Sarnia Imperials are ninth with a record of 0-5-0.