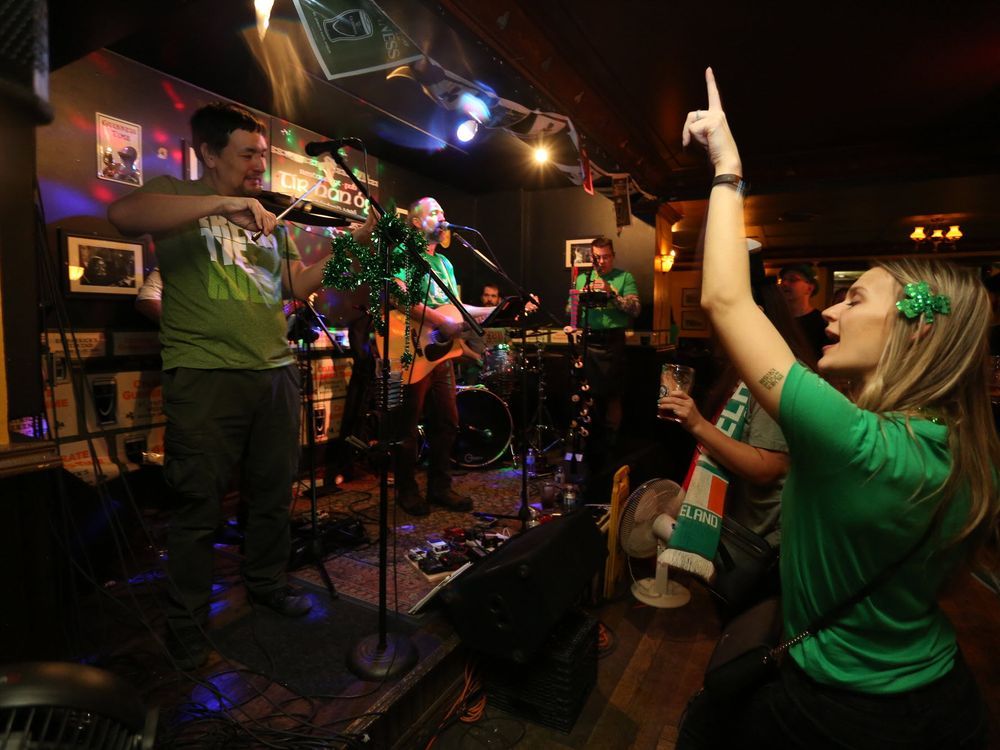 While many Kingstonians will head out of town for this week’s Spring Break, there will be plenty of events for those of us who are sticking around.

It was two years ago that the pandemic was declared, just days before St. Patrick’s Day. This year, there are a couple of opportunities for those looking to get in the mood ahead of March 17.

Tonight, Mahones frontman Finny McConnell returns the Toucan, the pub where the Irish punk band got its start, for a solo show starting around 10:30. Speaking of the Mahones, Spearhead Brewery in the city’s west end is now selling a Mahones Golden Ale, and $4 from every case sold is being donated to Martha’s Table.

On Wednesday, the Celtic Kitchen Party will be playing a mix of its originals and covers for its “One last practice” show at the Tir Nan Og. The idea behind it is to give those who’d rather not wade into the St. Patrick’s Day crowds, but still want to celebrate, a place to go. So it’s an early show — from 7 to 10 p.m. — and the audience will require masks and be physically distanced. Cover is $10.

And for those who want to celebrate, they can still catch the Celtic Kitchen Party playing at the Ontario Street pub on Thursday and again on Friday.

Not everyone playing Thursday will be cranking out the Celtic tunes. Indie folk-rocker Tennyson King will be performing tracks from his new “Good Company” and more at Musiikki Cafe.

Three’s Company will be playing pop, folk and country favourites at the RCHA Club (not the Regal Beagle) starting around 7 p.m. Back Swing will be at Jimmy’s Sports Lounge Thursday evening, while the Chillin’ Flamingo plays folk covers at Daft Brewing.

Spearhead Brewery, makers of the aforementioned Mahones Golden Ale, continue offering live music in the city’s west end. On Saturday afternoon, the Barry Yuen Trio will be performing songs from the 1970s from 2 to 5 p.m. There’s no cover, but reservations are recommended (reservations@spearheadbeer.com). That evening, from 7 to 10:30 p.m., will be “The Queen of Wheat & the Succulent Peaches” all-ages drag show. Tickets are $25 and a portion of the proceeds will be donated to the Canadian Centre for Gender and Sexual Diversity.

Another new show was added this week to the Leon’s Centre schedule. Canadian funnyman Russell Peters returns to the arena on July 27.

Toronto’s Justine Owen and Tracey Soman will be the guest performers at Cantabile Choirs of Kingston’s “Voices of Unity: Songs of the African Diaspora” concert Saturday at the Spire on Sydenham Street. The live concert, which was supposed to take place last month, runs from 7:30 to 9 p.m. General admission tickets range from $15 to $25. Proof of vaccination is required and masks must be worn.

A recording of the concert will be available online as of Friday, March 18, through cantabilechoirs.ca. A ticket to watch that recording costs $10.

After a few starts and stops, the Grand Theatre’s mini-season finally kicks off on Friday, March 18, with the always-popular Classic Albums Live. This time around, the note-for-note band tackles “Led Zeppelin III” starting at 7:30 p.m. There were a few rows of seats left in the upper balcony, where there’s “limited legroom,” as of press time Friday. Tickets are $44.50 plus HST and handling fee.

For those interested in art, the opening reception for the new exhibitions at the Agnes Etherington Art Centre takes place Friday evening from 7 to 9 p.m. It’s a free event, but anyone interested in attending is asked to register beforehand. To do so, go to agnes.queensu.ca/participate/talks-tours-events/exhibition-celebration-mar-2022/.

The Agnes is also joining forces with Modern Fuel Artist-Run Centre and Union Gallery in presenting Hiba Abdallah and “Talking about Artist Talks” as part of the Making Art Work: Professional Development Series. It takes place Tuesday, March 15, from 6 to 7:30 p.m. and will be hosted at the Union Gallery. Register to save a spot by going to www.modernfuel.org/event-details/talking-about-artist-talks/form.

And, lastly, the city announced this week it is accepting artist proposals for its now-annual temporary art project “Paved Paradise” on the north side of Brock Street. The city will be hosting an artist information session through Zoom on March 23. For more information, go to www.cityofkingston.ca/explore/culture-history/arts/public-art/temporary.