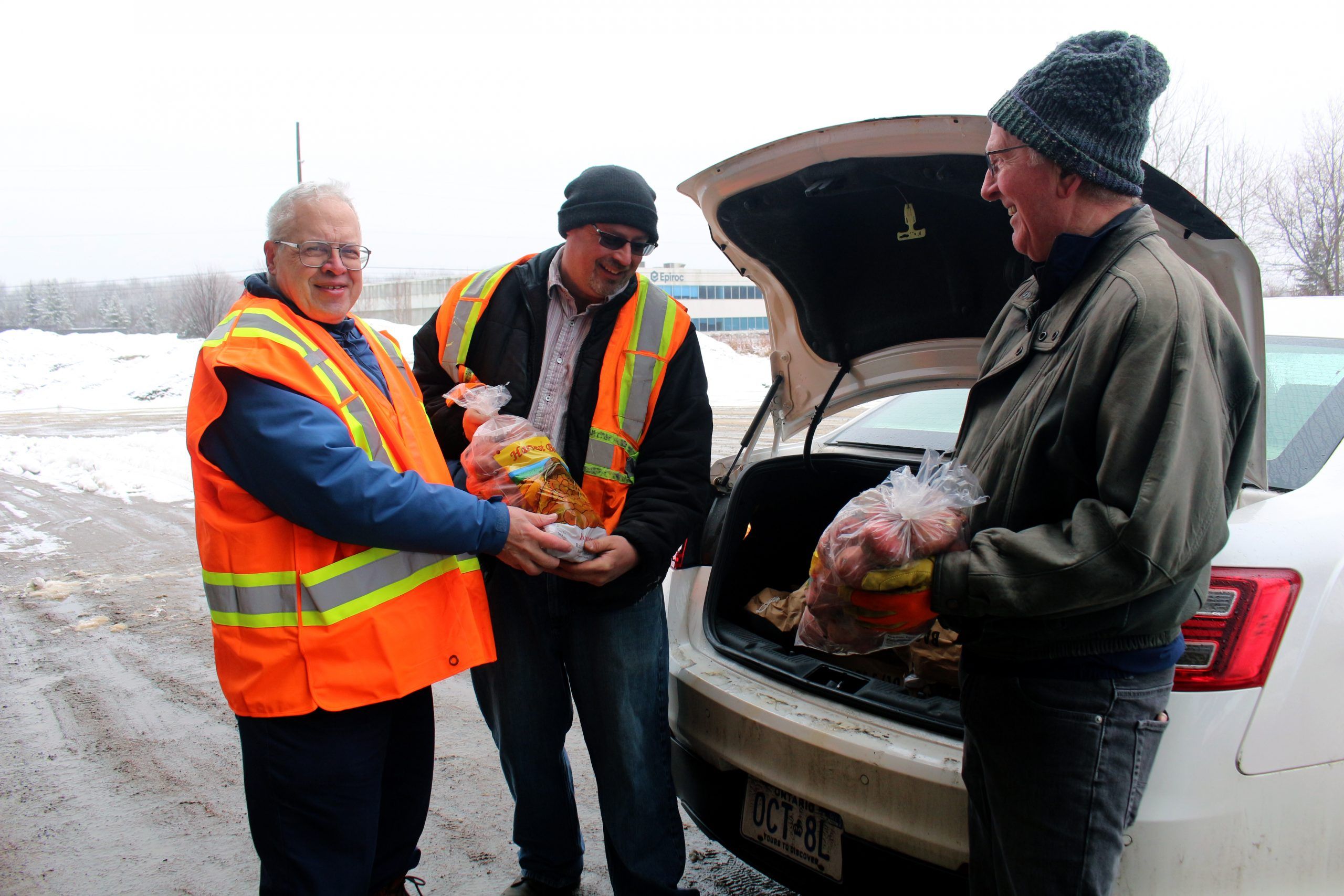 How long does it take to distribute almost 12,000 pounds of potatoes – just over 11 tonnes – to several trucks?

Don Coutts figured it might take a few hours.

Manitoulin Transportation terminal manager Dave Clark figured it would take about an hour.

But Friday morning, Rotary and Rotaract members, and crews from Manitoulin Transportation accomplished the job in about half an hour.

Now, the P.E.I. spuds are being distributed to 26 food banks and food programs across the region.

The three clubs – the Rotary clubs of North Bay and Nipissing and the Rotaract Club of North Bay Nipissing – joined forces on the project as part of a partnership with Prince Edward Island potato farmers, the federal government, Second Harvest Canada, Manitoulin and the District of Nipissing Social Services Administration Board.

“All three clubs in North Bay reached out and contacted 25 food bank organizations” from Burk’s Falls to Temagami to gauge their interest in receiving the potatoes at no cost to them.

“When we phoned the organizations, the reaction was great,” Coutts, the potato co-ordinator for the district, said after the heavy lifting was done.

“The feedback was great.”

It was also “great to be able to get out and do it,” he said.

The potatoes came from Prince Edward Island, where a surplus of the island’s signature crop has piled up after export to the U.S. was cancelled this year.

Routine testing in the fall of 2021 uncovered some potato wart in two crops, causing the Canadian Food Inspection Agency to suspend the export of seed potatoes.

The suspension was later expanded to take in table and processing potatoes, although most were free from the fungus, which is not harmful to humans.

About 10 per cent of the 2021 crop of potatoes from P.E.I., about 300 million pounds, will be destroyed. Farmers are being given government funding amounting to about 8.5 cents per pound for the potatoes destroyed.

The federal government, in response, created the program to have 290 million pounds of the surplus, safe potatoes, diverted to processors, packers, dehydrators, food banks and other markets.

“To date, Rotary’s involvement will see approximately 262,000 pounds of potatoes and counting being successfully delivered to those in need in numerous communities from Peterborough, Lindsay, Barrie, and Collingwood in the south, west to Blind River, and as far north as Kapuskasing,” through other district efforts, Coutts said.