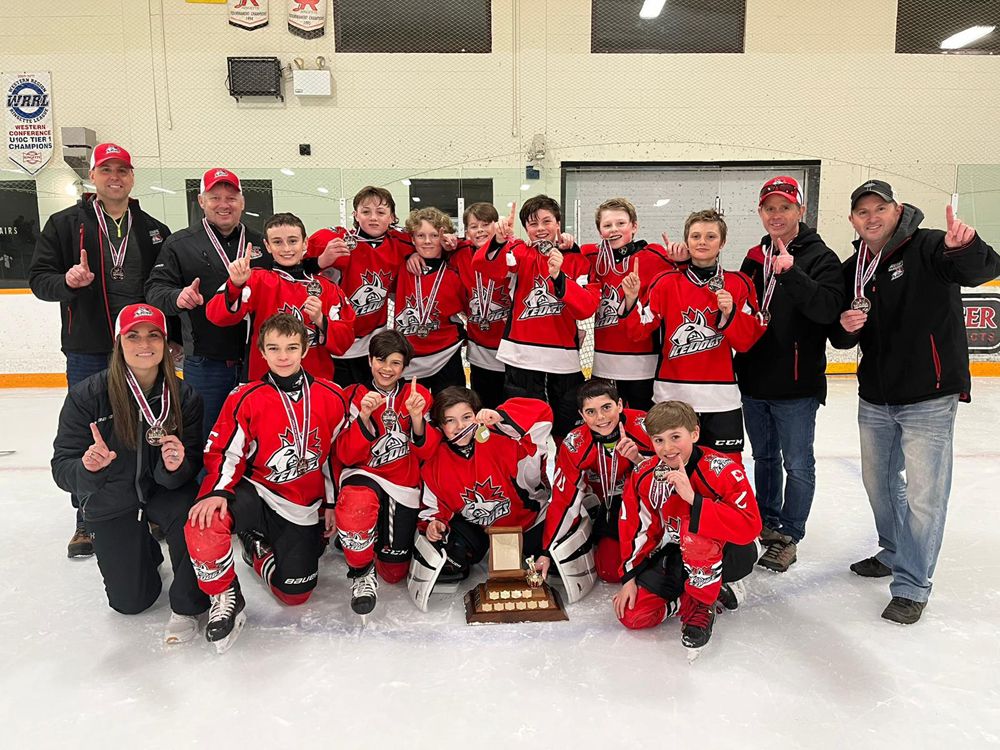 Boosted by their league-leading sniper Ethan Sopkowe, who topped all players in the WOAA with over 98 points in 32 games this season, the AEMHA Ice Dogs won their final series in two-straight games by scores of 1-0 and 5-2.

Sopkowe credited those supporting him following the championship victory.

“I couldn’t do what I do without the support of my teammates, parents, and coaches each season,” he said.

“We support each other and apply relentless pressure to the opposing team,” Scott said of his speed-driven group.”It has been key to our success and team development . . . We’re not going to intimidate anyone with our size, so we use our speed and determination to play above our weight class.”

The AEMHA Ice Dogs now advance to the OMHA Championships in Windsor, from April 8 to 10.