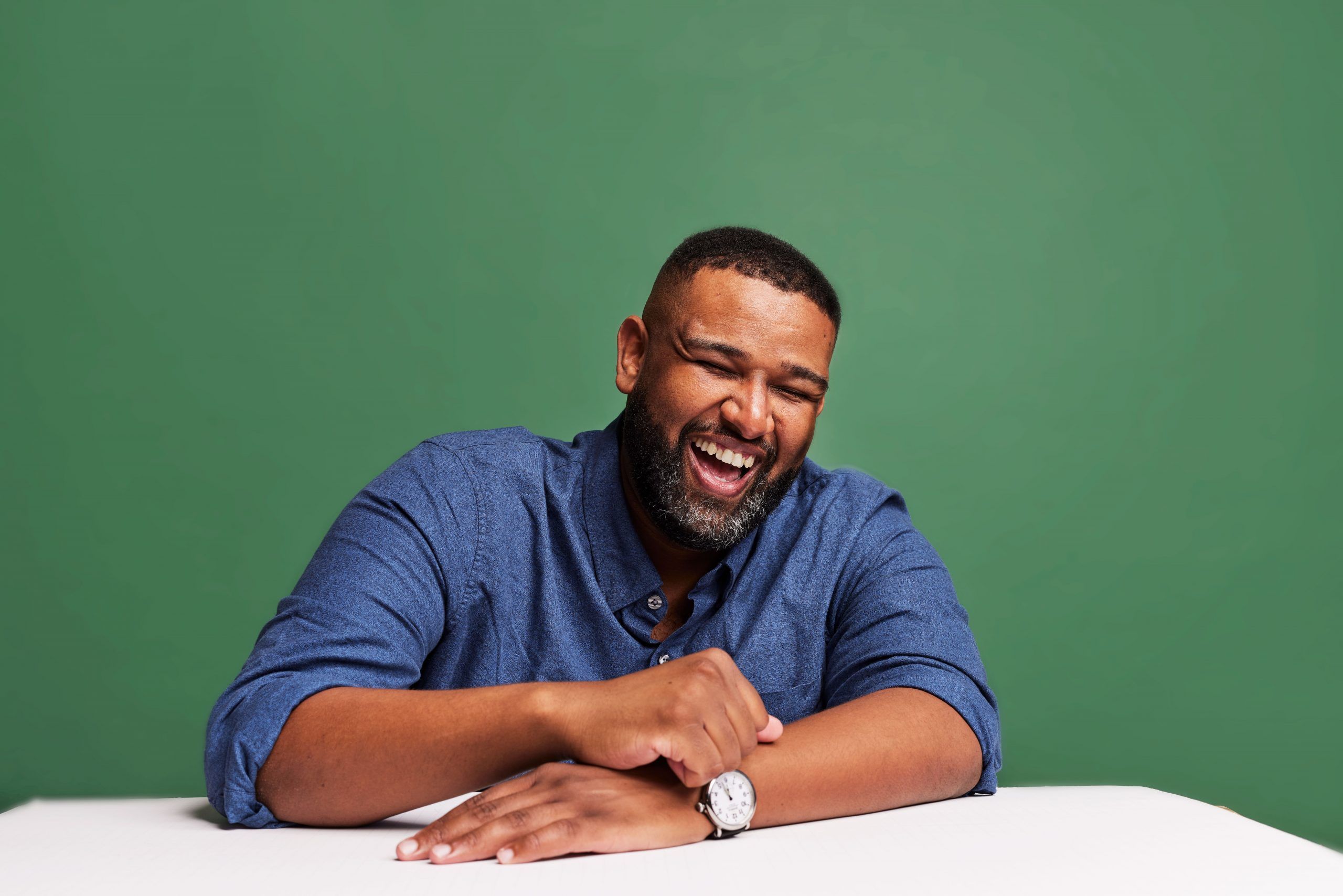 While Elamin Abdelmahmoud returns to Kingston whenever he can, his visit Tuesday night won’t be to just see family and friends.

Abdelmahmoud, the host of the popular CBC podcast “Pop Chat” and a culture writer for “Buzzfeed News,” will also be here to discuss his recently released bestselling memoir, “Son of Elsewhere: A Memoir in Pieces,” at the Domino Theatre Tuesday at 7 p.m.

The collection of essays starts with his arrival in Kingston from Sudan as a 12-year-old — “I landed in Canada with two new identities: immigrant, and Black,” he wrote in the book’s opening essay — and follows him as he tries to fit in with his new surroundings, where “the whiteness was overwhelming.”

As a teen trying to blend in and be accepted — “Kingston is not the easiest place to settle as a new immigrant,” he noted in that same essay — Abdelmahmoud had to set aside some of his identities.

“I was like, ‘I don’t want to talk about my immigrant-ness or my Blackness or my Muslim-ness because it’ll just make it easier for me to get along with everybody,’ ” the Bayridge Secondary School and Queen’s University grad explained recently over the phone.

“And, in retrospect, I think that’s a way of making yourself small, and I wanted to revisit what it means to make yourself small in order to belong. And that’s how this book was born. It was essentially an attempt to make apologies to those identities, those parts of me, for the way that I kind of put them on the shelf.”

In the touching memoir, Abdelmahmoud reflects on how the TV show “The O.C.,” pro wrestling and country and heavy metal music, among others, helped shape who he would eventually become. He also writes about how soccer player Mo Salah is inspiring, what it was like to be a Muslim teen after the events of Sept. 11, 2001, and the trials of growing up as an only child with often-strict parents.

His relationship with his parents has improved over the years, he said, and “they’ve been just so happy and so proud of what this book has done.”

Before he began chronicling his teenage life at home, he discussed with his parents the stories he wanted to share.

“I think they understood that these would be sort of painful memories. Some of these anyway,” said Abdelmahmoud, whose father still lives in Kingston.

Abdelmahmoud now calls Toronto home, having moved there in 2011, and he said he thinks “all the time” about how different his life would have been had his family settled there instead of Kingston.

“It’s an unimaginable difference,” he said, although he suspects he would have embraced parts of his identity he shelved in Kingston. “I cannot even conceive of what life would look like if that had happened.”

While Abdelmahmoud’s accustomed to writing for the Internet, which requires him to write with a tone that’s “more sardonic or sarcastic,” he said he struggled at times finding a “softness” in writing his memoir, as he notes in the book’s acknowledgements.

“It felt important to me to be soft, be tender, and I think every time that that didn’t show up, I had to go back to the drawing board and say, ‘No, we’re not quite there yet in terms of that emotional depth I want to communicate,’ ” he recalled, adding that it was wife Emily (they met while at Queen’s) who would point that out to him.

“That was something that was really important.”

Abdelmahoud said that he decided to approach the book as a collection of essays in part because it was a format with which he was familiar and because writing a memoir from start to finish was “intimidating.”

“I think in the end it ended up congealing together in a way that was even more than I meant it to initially, if you will, because that finished product feels like a book that’s written you know, beginning to end,” he said.

Since its release, “Son of Elsewhere” has earned rave reviews and ascended to the top spot in CBC’s non-fiction best-seller list. The way it has been warmly and enthusiastically received has taken him by surprise, and he’s also been touched the way people have been sharing it with and recommending it to others.

“Those are all just like additional gifts to the core gift of having a book connect with one person who says, ‘You know, when I picked up this book, I didn’t know whether I’d see myself in it, but then I ended up seeing myself and I really appreciate that,’ ” Abdemahmound said.

“I think that, on its own, is so transformative that when you start layering everything else on top of it, it’s like, ‘this is incredible,’ and I am not even sure where to begin to process all of this.”

In the meantime, Abdelmahmoud is looking forward to returning to the city in which he grew up, now with his memoir in hand.

“I’m so thrilled about the event” in Kingston Tuesday evening, he said.

“I can’t wait to see people in the audience and just kind of be at home, you know, and let the book be at home.”

What: Kingston-raised author Elamin Abdelmahmound in conversation with Tianna Edwards about his new memoir, “Son of Elsewhere: A Memoir in Pieces,”

Cost: Admission is free, but seating is limited.