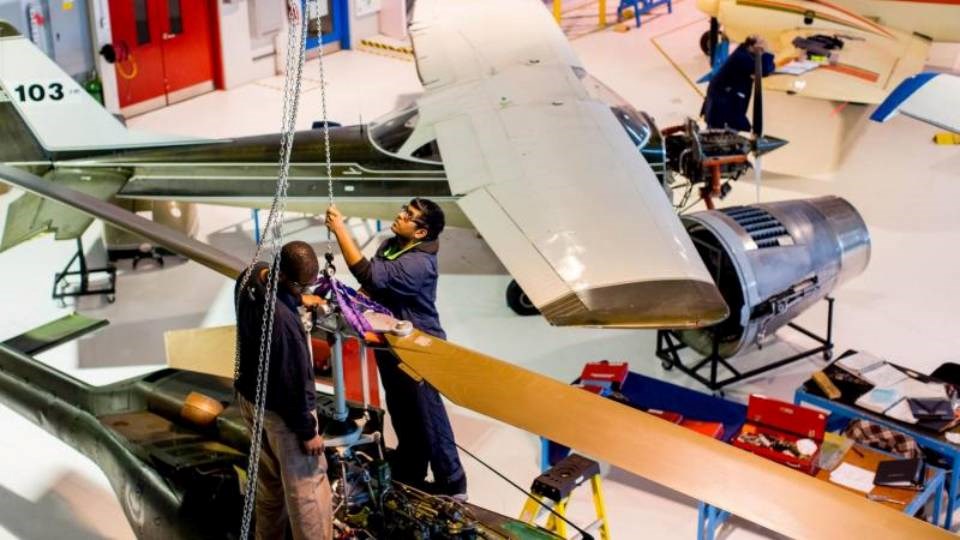 THUNDER BAY — The aviation program at Confederation College is going to get a whole lot more tech-savvy over the next three years.

It’s part of a greater push to boost enrolment in its suite of aviation-related programs, by more than 70 students annually; in particular, the school wants to raise interest amongst Indigenous and international students.

“Confederation College is incredibly appreciative of the FedNor funding and the significant investment it is making in the ability of the college to meet the demands of an aviation industry that so many communities in Northern Ontario depend upon for the transportation of goods, services and people,”  Kathleen Lynch, president of Confederation College, said in an April 11 news release.

“The funding also enables the college to provide and expand state-of-the-art programming for both Indigenous and non-Indigenous students to be successful in aviation careers.”

Confederation’s funding, which was announced by FedNor Minister Patty Hajdu, comes through the Aerospace Regional Recovery Initiative (ARRI), an $11.88-million pot of money available to Northern Ontario until 2024.

The aviation program expansion project is expected to create 10 full-time jobs in the region.