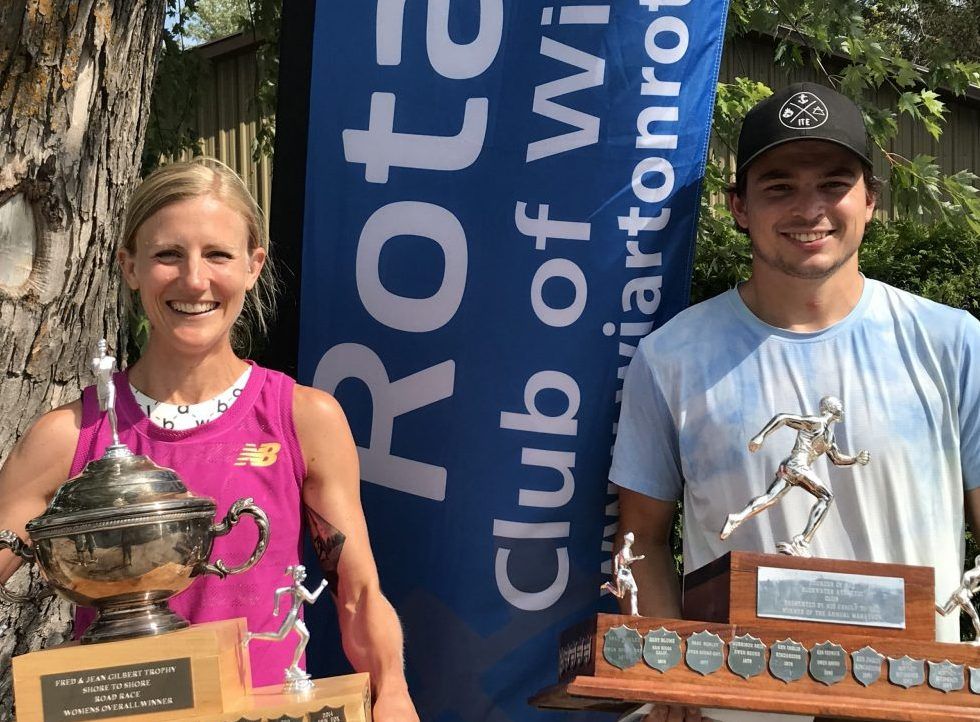 The Shore to Shore race from Oliphant to Wiarton returned to its Civic Holiday weekend timeslot and the runners and walkers were up for the challenge.

Approximately 120 people participated Monday in the 69th running of the race, which covers an approximately 13-kilometre route along Bruce Rd. 13 and through the streets of Wiarton, before a fast downhill finish at the Wiarton Arena.

The race was moved back to the middle of summer after it was held on Thanksgiving Monday in October last year after the province reopened following the third wave of the COVID-19 pandemic. The race was cancelled in 2020.

Race director Pat Cavan said later on Monday that organizers were very happy with how the event went this year.

“We had a great turnout, and the weather was ideal,” Cavan said. “We are so blessed to have people coming back year after year and it was a great run.”

Known for its sometimes extreme heat conditions, the temperature was around 20 degrees Celcius – feeling like 26 C with the humidex – when participants took off from the starting line near the Oliphant Beach on Lake Huron.

Along with awards for the top male and female, prizes were also handed out for the top male and female in seven age categories, along with the top two males and top two females in the walking division. Awards were provided by the Runner’s Den in Owen Sound. A total of about 160 people registered for the event, though there were a number of no-shows, while some did not finish.

Cavan said that this year they fortunate to be able to have the daughter of the race’s founder, Jack Hiditch, on hand to present the overall winner’s trophy, which is named in his honour.

The race was first run in 1947 when it started at Cape Croker and was called the Bluewater Marathon. In 1953, the start was moved to Oliphant and the finish to Wiarton.

Cavan said they are proud of their run, which is unique in that it takes runners across the peninsula from Lake Huron to Georgian Bay, and different in that it is about 13 kilometres long.

“This is not a run where anyone can qualify for another race or really compare their times to another race,” Cavan said. “It is just a tradition and I think it is kind of fun because of that.”

Cavan credited the approximately 50 volunteers out on the course for their work in helping the event run smoothly.

All funds raised from the event go into both local and international initiatives of the Rotary Club of Wiarton. Currently the club is working on a water project in Guatemala, while recent local projects include kids day at the Salvation Army Grub Hub. The club is also looking at adding playground equipment to Bluewater Park.

Cavan said they expect to hold the race again next year, which will be the 70th.

“Our runners are always so wonderful,” said Cavan. “We again got great feedback so I am hoping people come back and continue to do the run.”

This weekend also marked the Wiarton Rotary Village Fair at Bluewater Park. The event kicked off Friday evening and was set to wrap up Monday evening.

Among the attractions were a Magical Midways Carnival, a baseball tournament, a Sunday afternoon kid zone and Sunday evening fireworks.

Cavan said the weekend overall was very successful, with good crowds of people attending the fair.

“After two years of being away people missed it,” said Cavan. “Again, it is a tradition with people now bringing their kids and grandkids to the Village Fair.”