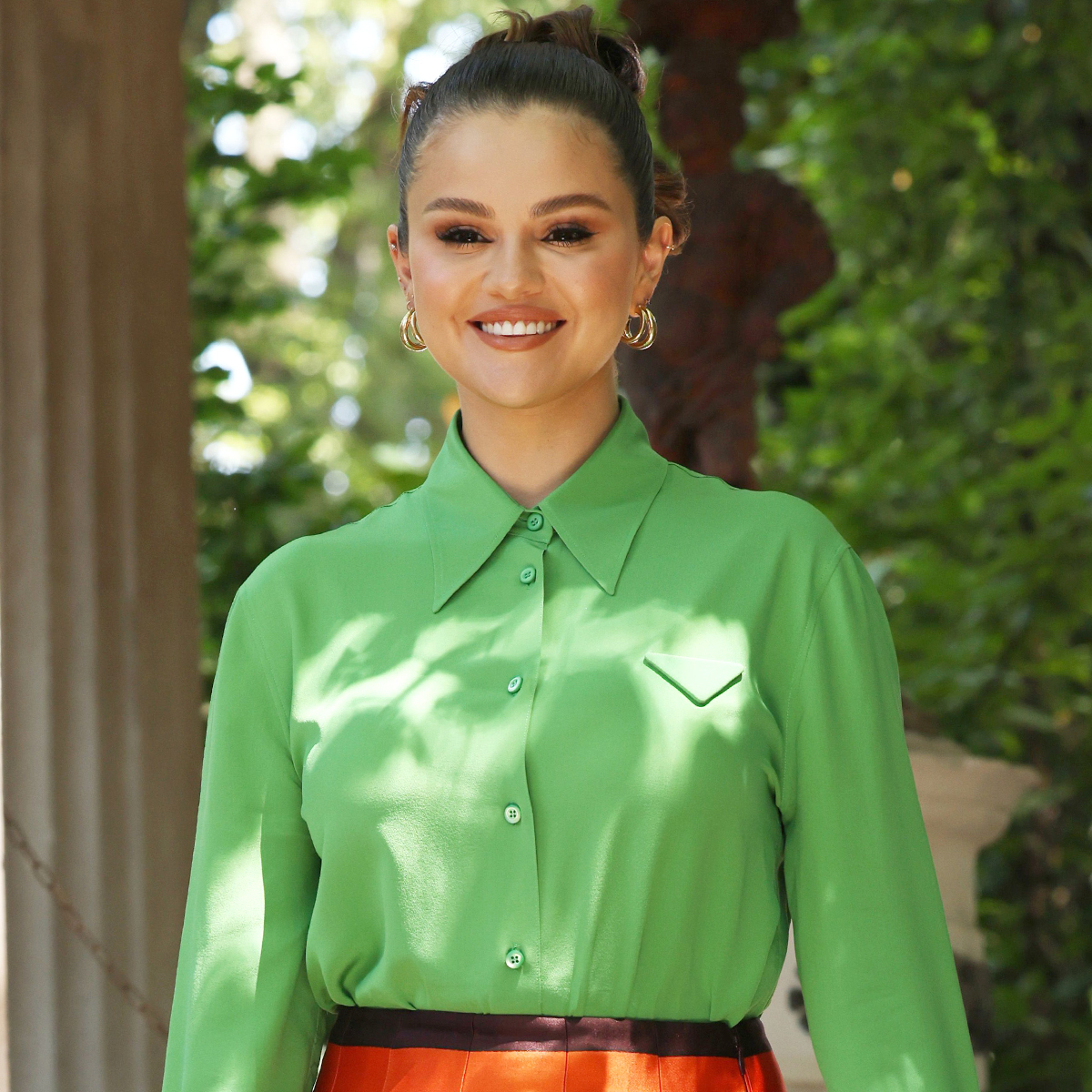 “Leave it to Selena Gomez‘s Nana to ask the juicy questions.

The “Who Says” singer took to TikTok on July 21 with a candid blooper she filmed while doing a makeup tutorial with her Rare Beauty products.

In the clip, which was posted on the Rare Beauty TikTok account, Selena starts to do her lipliner in the camera. That is until an off-camera voice asked, “So how did you end it with that guy?”

Midway through applying her lip product, Selena stopped in her tracks. Careful not to spill her secrets in front of an on-camera audience, she responded, “Uhh, I’ll tell you in a second.” Selena then attempted to continue filming her lip routine before inevitably cracking a laugh. She captioned the moment, “Thanks, Nana.”

Selena also posted the clip to her own TikTok account, pairing the footage with the message: “I have no words.”

So, maybe Selena was speechless, but fans in her comment section had plenty to say.