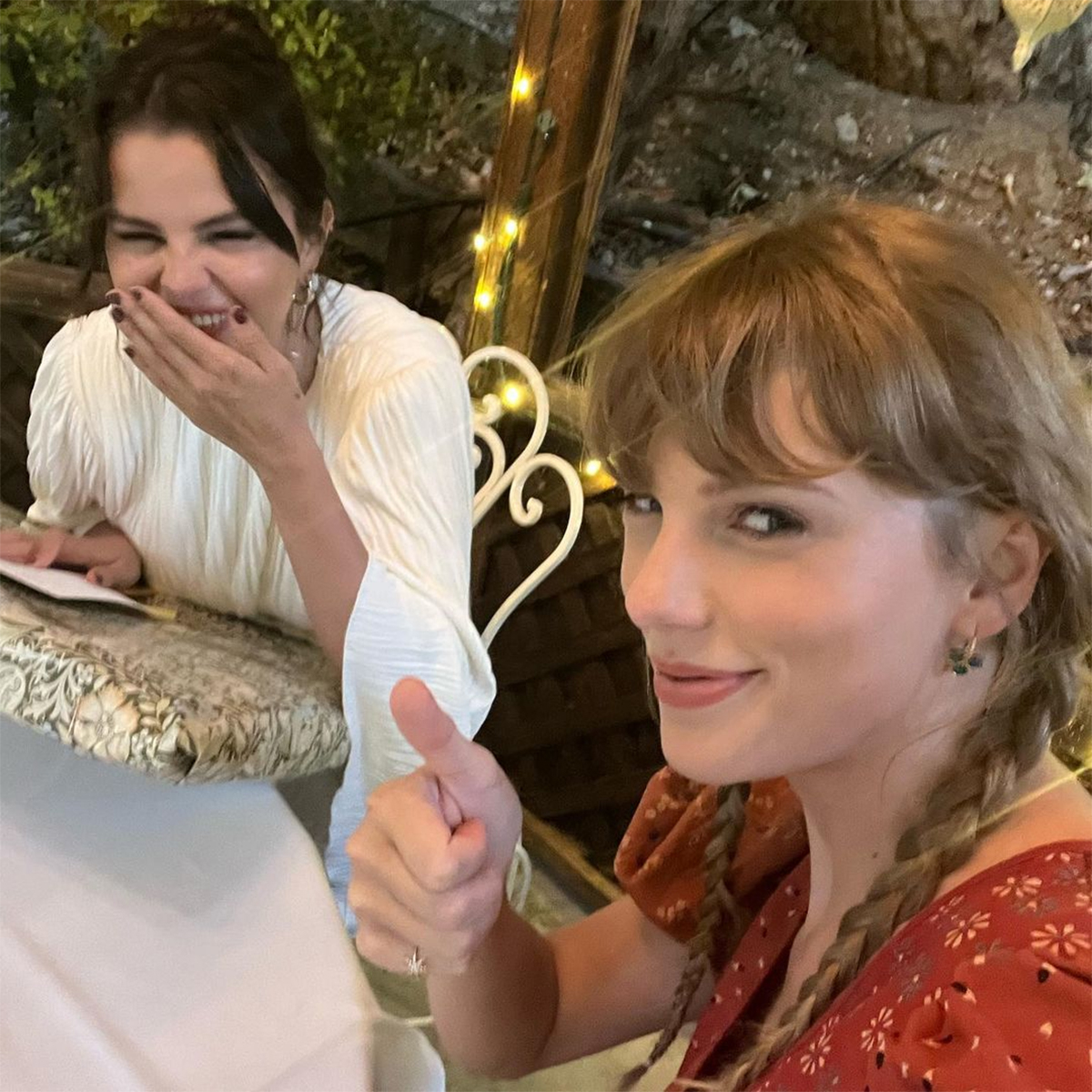 On July 22, Selena Gomez turned 30 and celebrated the milestone at a dinner with friends, including longtime bestie Taylor Swift. The birthday girl posted a couple of pics of the pair’s reunion.

In one image, Selena smiles as she wraps an arm around the fellow pop star, who forms “3” and “0” with her hands. In the other photo, Selena giggles as she holds a wrapped present, while Taylor gives a thumbs up.

Selena and Taylor, 32, have been friends for more than a dozen years. According to Selena, the two met in 2008 while she was dating Nick Jonas (the two split after several months) and Taylor was going out with Joe Jonas (they also broke up after a few months).

“We actually dated the Jonas Brothers together! It was hysterical,” Gomez said in 2017 KISS-FM UK interview, when asked how she and Taylor met. “It was amazing, because she was the girl with the big curly hair and all the bracelets and the cowboy boots, and I was definitely up-and-coming, and we just clicked. It was the best thing we got out of those relationships.”

She added, “We’re all friends now.”