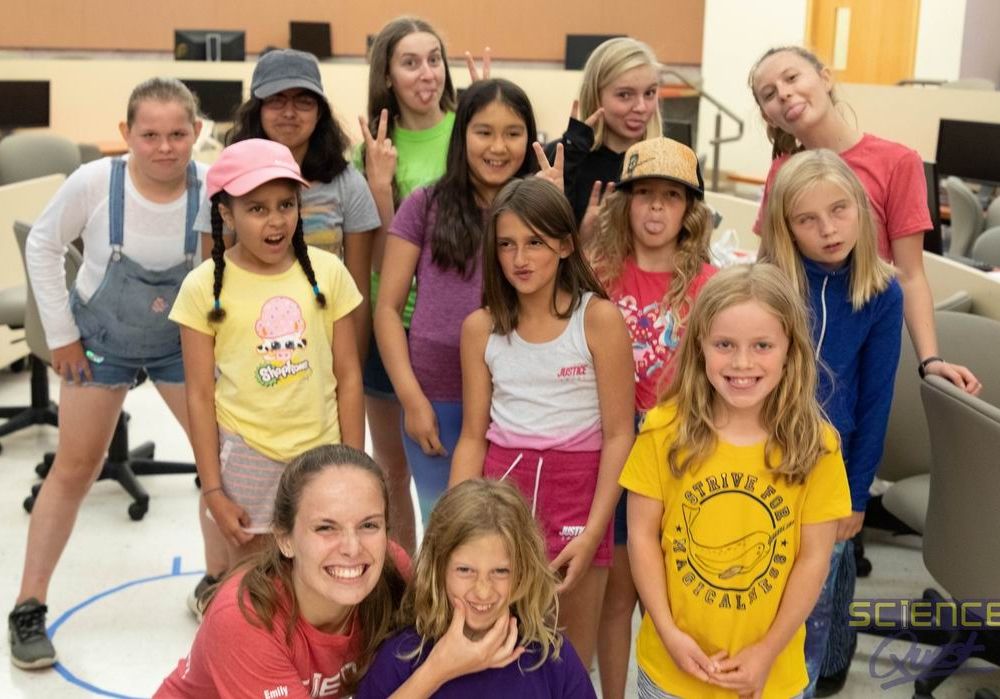 What started as a small science camp run by two female engineering students in 1988 is celebrating its 34th anniversary this year, ready to spread excitement about science, technology, engineering and mathematics (STEM) to as many children in Ontario as possible.

Science Quest is an initiative of the Queen’s University Engineering Society that has spent nearly four decades growing in size and quality to become a widely respected and well-known initiative.

“From the beginning, Science Quest was founded with the attitude of getting kids into STEM from a very young age,” says the organization’s head director, Emily Lind, who is also the managing director of the Canadian Science Fair Journal, as well as a graduate student at Queen’s.

“I’ve been told that it was one of the first STEM camps in Canada, and we were actually a founding member of Actua, which is the largest STEM charity in the country.”

Located on the campus of Queen’s University, Science Quest strives to engage and empower youth from ages four to 15 through educational in-classroom workshops, summer camps, school-year sessions and a leaders-in-training program.

The not-for-profit organization’s main goal it is to spark an interest in STEM — especially among female-identifying youth and girls — and it reaches over 5,000 young people annually. It pivoted to an online model two years ago due to the pandemic but is currently gearing up for its first in-person camp session since 2020.

Everyone, including Lind, is really looking forward to it.

“Because things have been virtual for the last couple of years, I’m particularly invested in making sure that the younger campers have a great in-person experience, because I’m aware that they may not have had as much in-person interaction with people their own age,” she says.

“And it can be difficult to get girls into STEM, especially because it’s such a male-dominated field, so providing really early access to hands-on opportunities where girls can develop STEM literacy skills and be provided with female role models is a great intervention strategy.”

It also allows kids to explore such topics as computers, video games, music production, graphic design, coding and robotics, among many others, in a safe and inclusive environment.

To find out more about Science Quest, the bursary program for families who require financial assistance, or to register your kid(s) and book a spot for this summer’s in-person session (it’s also designed to pivot online without missing a beat, if necessary), visit sciencequest.ca.