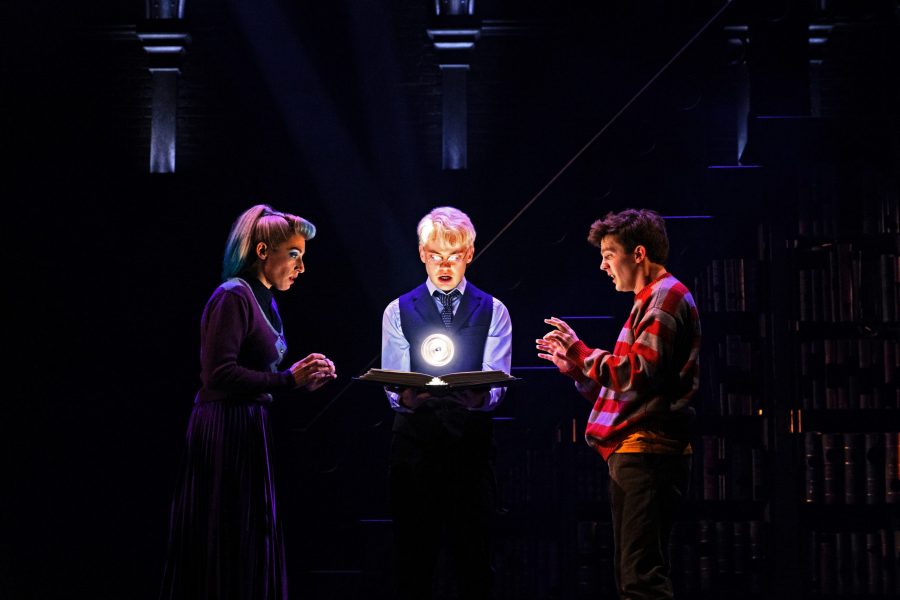 The Potterverse meets the Multiverse in this entertaining, jaw-dropping and heartfelt sequel to J.K. Rowling’s beloved series

The Potterverse meets the Multiverse in Harry Potter And The Cursed Child, the entertaining and jaw-dropping stage sequel to J.K. Rowling’s beloved seven-book series and the subsequent movies.

The show, which originally premiered in 2016 as a two-play epic and swept the theatre awards in the West End and Broadway, has since been cut and adapted into a single two-act show that clocks in at three hours and 20 minutes, including an intermission. That’s the version currently playing in New York City, San Francisco, Melbourne and here in Toronto. (The two-play version is still running in London and Hamburg.)

If you’re expecting a reboot of the original series, however, don’t hold your breath. On the Hogwarts Express, the sullen Albus befriends a nerdy kid you’d think would be his sworn enemy, Scorpius Malfoy (Thomas Mitchell Barnet), the son of the villainous Draco (Brad Hodder). What’s more, when Albus gets to Hogwarts, the Sorting Hat (Kaleb Alexander) doesn’t point him in the direction of Gryffindor. And over the next few years, which seem rather awkwardly compressed in this adaptation, while Albus and Scorpius endure bullying, they grow closer together and more distant from their respective fathers.

The main plot concerns an event from Harry’s past that is still troubling him. (Hint: if you have time for only one refresher book/movie before watching this, revisit Harry Potter And The Goblet Of Fire.) Albus and Scorpius work to undo this event, but things go wrong. And that’s when the fun begins. To say more would be a spoiler.

The Harry Potter franchise has never been about air-tight plots, and there are a few in this show that spring small leaks. Rather, the series has been about magic and friendship, and director John Tiffany offers up lots of wonders, like floating hats, bottomless fountains and one fantastic bookcase you won’t find at IKEA. The end of act one delivers a scene that’s as miraculous as anything presented by the Cirque du Soleil team. (Jamie Harrison is credited with Illusions & Magic.)

This single show version seems both too long (especially the second act) and rushed. Some characters – like Sarah Afful’s Hermione and her daughter Rose Granger-Weasley (Hailey Lewis) – feel like they’re missing dimensions. A few more grace notes would have added depth to both the story and its beloved characters. And there are too many transition scenes in which ensemble members move the furniture around on Christine Jones’s set while dramatically flapping their black robes.

But there are some lovely surprises, especially among the junior cast. Kimball and Mitchell Barnet carry most of the show on their young shoulders, and they’re grounded, spontaneous and delightfully different from their more famous fathers. Gregory Prest seems to be having a ball as the goofy Ron. Fiona Reid presents two wonderfully vivid contrasting characters from the Potterverse, as does Steven Sutcliffe, whose appearances as a certain beloved figure are bathed in an exquisite Old Master light by designer Neil Austin. Sara Farb, playing a new character, leaves a lasting impression.

Despite all the onstage magic, however, the play has an enormous heart. The relationship between Albus and Scorpius grows to seem more than platonic, which is near revolutionary in a mainstream commercial show. And at a time in which we’re all examining the effects of generational trauma, Cursed Child – a title that could refer to many characters – shows that some wounds can, over time, heal. There’s no magic spell for that, just an open mind and a willingness to talk, learn and have your arms wide open, ready to give, and receive, a hug.