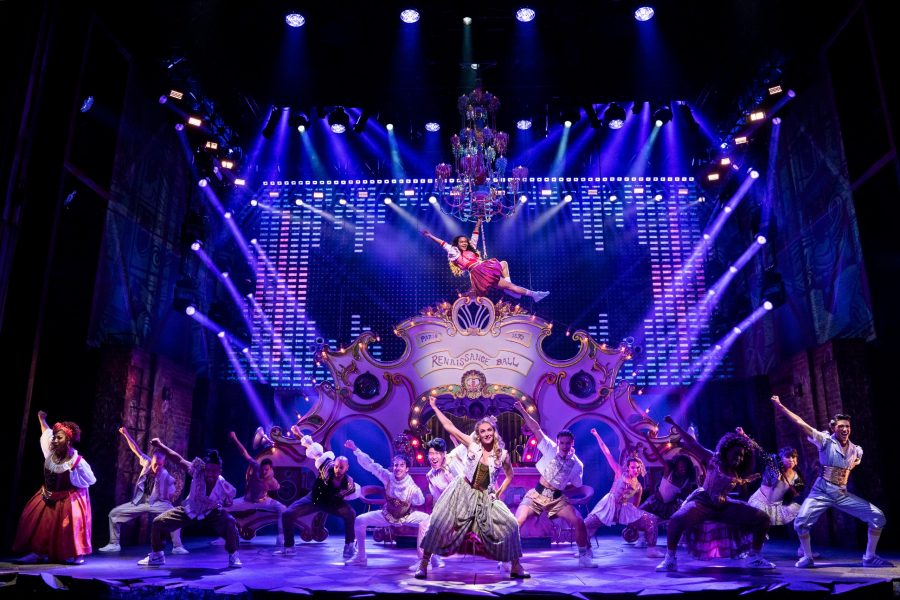 Jukebox musical featuring dozens of songs by Max Martin will get you laughing, tearing up and dancing in the aisles

& Juliet will make you Roar with pleasure. The musical featuring some 30 songs from the catalogue of legendary songwriter/producer Max Martin is the most entertaining jukebox musical since Mamma Mia!

And like that other long-running show, which also received a run here in Toronto before going on to Broadway (& Juliet is set to transfer there in late October), it’s guaranteed to get you laughing, tearing up and ready to dance in the aisles at the end.

The plot hinges on a big “what if.” What if, at the end of Romeo & Juliet, Shakespeare’s young female lead didn’t kill herself but instead went on to live her best self?

The novelty of seeing and hearing Swedish sensation Martin’s pop classics like Since U Been Gone (made famous by Kelly Clarkson), …Baby One More Time (Britney Spears) and Roar (Katy Perry) integrated into a Renaissance-era tale is hugely pleasurable, of course. But much of the show’s magic comes from witnessing how David West Read’s (Schitt’s Creek) ingenious book connects everything – story, songs, meta-fictional concept – together.

It’s nearing the eve of the premiere of the OG Romeo And Juliet, and a smug, cocky playwright named Shakespeare (Stark Sands) has finally finished the ending to his tale of star-crossed lovers and is handing out pages to his assembled acting company. When his neglected wife Anne (Betsy Wolfe) reads them, however, she suggests he tweak some things. She wants Juliet to live, and challenges him to write a stronger woman.

And if he can’t do it, perhaps she can. Think Anything You Can Do, I Can Do Better, but in the Elizabethan era.

What follows is a delightful tale of how Juliet (Lorna Courtney), along with her bestie May (Justin David Sullivan) and her Nurse (Melanie La Barrie), leave fair Verona for Paris – which is not, I should add, her dead cousin but the actual city some 600 km away. There, at something called the Renaissance Ball, their lives will change, and there’s the distinct possibility that even if the course of true love may not run smoothly, at least it will be entertaining, tuneful and full of grrl-power anthems and boy band ballads.

To describe more would be a spoiler. The way Read has crafted the story, with Shakespeare and Anne commenting on, changing and joining the narrative is worthy of a young Tom Stoppard. And director Luke Sheppard ensures every piece in this colourful concoction snaps into place to produce not just laughs and toe-tapping fun but also some thoughtful commentary about women’s agency in a rigidly patriarchal society.

Sheppard is helped by Soutra Gilmour’s marvellous set, which brings a glittering, high-wattage power to the era and cleverly makes use of both a turntable and a rising platform. Paloma Young’s costumes have obviously been influenced by Paul Tazewell’s designs for Hamilton; doublets, smocks and corsets are goosed with contemporary sexiness and flair.

Of course, the show wouldn’t exist without Martin’s catchy, familiar songs. The way they’re integrated into the story, however, is often surprising. There’s lots of fun in seeing two middle-aged former lovers romp around a bedroom to Teenage Dream, for instance. And when Juliet’s friend May, whose gender is cleverly dealt with in an early quip (“May is whoever May is and it’s really none of your business”) sings I’m Not A Girl, Not Yet A Woman, it is simply heartbreaking.

The cast is a dream. Future star Courtney, her voice sweet yet fiercely powerful, offers up a Juliet who is smart, resourceful and gamely willing to try anything. Sullivan brings soul and sensitivity to May. And La Barrie’s island-accented Nurse and Paulo Szot’s aristocratic Lance steal all their scenes as the show’s older mismatched couple.

Despite the title, the heart of the show beats in the evolving relationship between Sands’s Shakespeare and Wolfe’s Anne. Book writer Read has included a rich story about a neglected, older wife who barely sees her successful artist husband and demands not just respect but equality. The two performers bring out all the rich emotion in this story, and in so doing make you not only wipe away tears but hear the ending of a Backstreet Boys song in a whole new way.