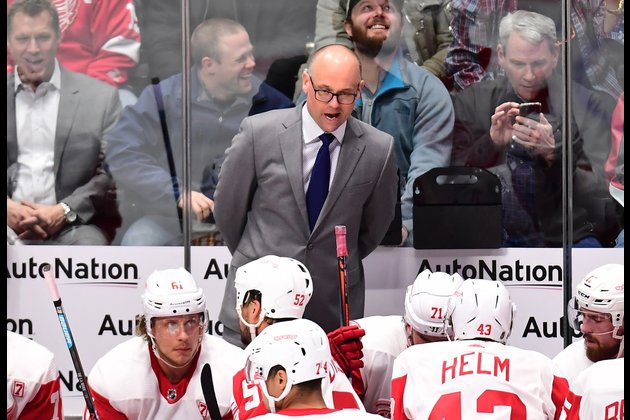 The Detroit Red Wings aren’t renewing the contract of head coach Jeff Blashill on Saturday following the end of his seventh season behind the bench.

The Red Wings also announced they would not renew the contracts of assistant coach Doug Houda and goaltending coach Jeff Salajko.

Blashill, 48, was the second-longest tenured NHL head coach with his current team, behind only Jon Cooper of the Tampa Bay Lightning.

A Detroit native, Blashill guided the Red Wings to a playoff appearance in his first season with the club (2015-16). The Red Wings, however, missed the playoffs for the sixth straight campaign following a 32-40-10 record in 2021-22.

Blashill joined the Red Wings as an assistant coach for the 2011-12 season. He spent the next three campaigns as head coach of the Grand Rapids Griffins of the American Hockey League before being named as the bench boss in Detroit.

Before Blashill took over, the Red Wings had made the playoffs 27 times in 28 seasons.