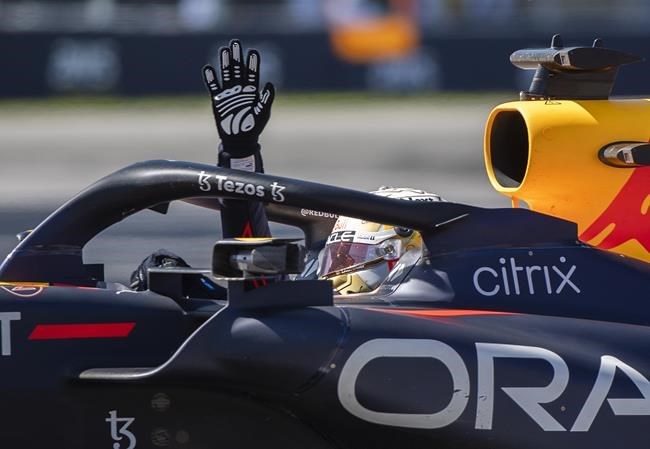 Verstappen earned his 26th career victory and sixth this season.

Seven-time world champion Lewis Hamilton of Mercedes was third for just his second podium this season.

Mercedes driver George Russell placed fourth. Ferrari’s Charles Leclerc, who started from the back of the grid due to a penalty for changing his engine, was fifth.

Alpine’s Fernando Alonso, who started on the front row for the first time in 10 years, finished seventh.

A day after Red Bull’s Sergio Perez crashed in qualifying, the Mexican driver’s day ended on Lap 9 when he lost power.

That was a blow to his championship chances. He’d started the day just 21 points behind Verstappen atop the season leaderboard.

Mick Schumacher of Haas retired on Lap 20, while the day ended for Alpha Tauri’s Yuki Tsunoda on Lap 50.

The Formula One circuit made a triumphant return to Montreal after the race was cancelled in 2020 and 2021 due to COVID-19.

With two new grandstands constructed since 2019, it was a record for the event.

F1’s return to Montreal coincided with the 40th anniversary of the death of Gilles Villeneuve, for whom the track is named.

This report by The Canadian Press was first published June 19, 2022.