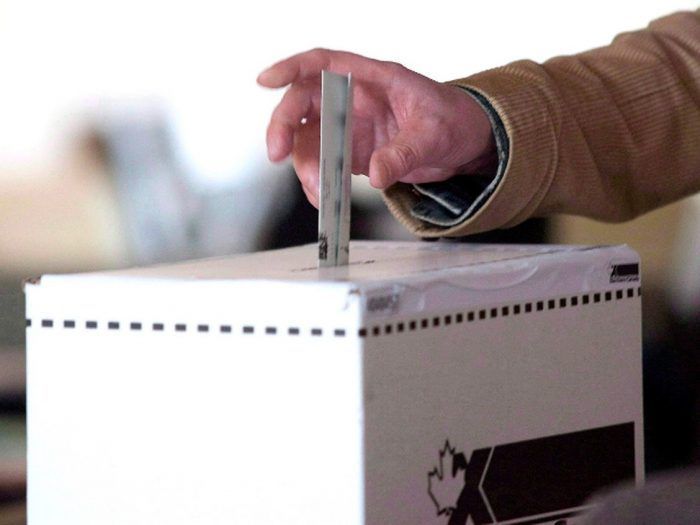 For the first time in over three decades, a new MPP for the riding of Simcoe-Grey will be elected on June 2.

Longtime Simcoe-Grey MPP Jim Wilson announced he would not seek re-election in 2022 after serving as the area’s representative since 1990. The former senior cabinet minister was dismissed from the Progressive Conservative caucus by Premier Doug Ford after a sexual harassment complaint from a male staffer, which led the MPP to seek treatment for alcohol abuse. He currently sits as an independent.

Those who have announced an intention to run for election in 2022 and replace Wilson are Progressive Conservative candidate Brian Saunderson, Liberal candidate Ted Crysler and None of the Above candidate William Gordon.

Saunderson, 60, currently serves as the mayor of Collingwood. He announced at a meeting Monday his intention to step away from the mayor’s chair during the campaign and take a temporary unpaid leave of absence pending the results of the provincial election.

Premier Doug Ford appointed Saunderson as the riding’s candidate in June 2021. The move was challenged in court by Stella Ambler who was involved in the Ontario PC party’s local nomination race before Saunderson’s appointment. An Ontario Superior Court judge threw out the lawsuit in October 2021.

Saunderson served as deputy mayor of Collingwood from 2014 to 2018 when he was elected mayor. He was a lawyer for 22 years before stepping down from his practice in 2019 and previously taught business law ethics at Georgian College. Saunderson was also a member of the Canadian National Rowing Team and competed at two Olympic Games and three world championships, winning a silver medal in 1990 as a member of Canada’s men’s eight.

The Simcoe-Grey Liberals announced lawyer and community volunteer Ted Crysler had been nominated to run in the provincial election on March 24.

Crysler has practised law in both Europe and Canada and now leads his own practice focusing on technology, corporate and commercial law according to the nomination announcement.

He’s a member of the First Presbyterian Church in Collingwood and has been chair of the Heart of the City Speakers’ Series, and sat on the Growth and Innovation Committee and the Board of the St. Andrew’s Heritage Trust. He volunteered at his son’s school as a fundraising coordinator and chair of the school council, and he coached novice and peewee house league lacrosse teams for Beaches Lacrosse. He also serves as the president of a condominium corporation.

Gordon is listed on the None of the Above Direct Democracy Party’s website as a candidate for the riding of Simcoe-Grey. The federal and political party campaigns for a governing system where citizens vote directly on major issues.

Meanwhile, in the riding of Huron-Bruce, Progressive Conservative candidate Lisa Thompson seeks re-election. Thompson, who previously worked as the general manager of the Ontario Dairy Goat Cooperative, has represented the riding since 2011.

According to a release announcing Hazzard’s nomination, she created the first online public secondary school in Ontario, helped develop an eLearning strategy for the province, and spent 14 years developing digital learning tools for Ontario public schools. She lives with her partner in Bayfield where she has resided for the past 25 years.

Blackmore, who lives with her husband on a farm in Howick Township, retired after 31 years as a teacher with the Perth County Board of Education and principal with the Avon Maitland District School Board. She was a member of the board of directors of the Huron Perth Centre for Youth and Children, and was on the North Perth Community of Character Council.

Matthew Kennedy will run for the New Blue Party of Ontario. The party describes itself as an anti-establishment centre-right political party founded in 2020 by Jim and Belinda Karahalios. Kennedy’s nomination was announced on Twitter.