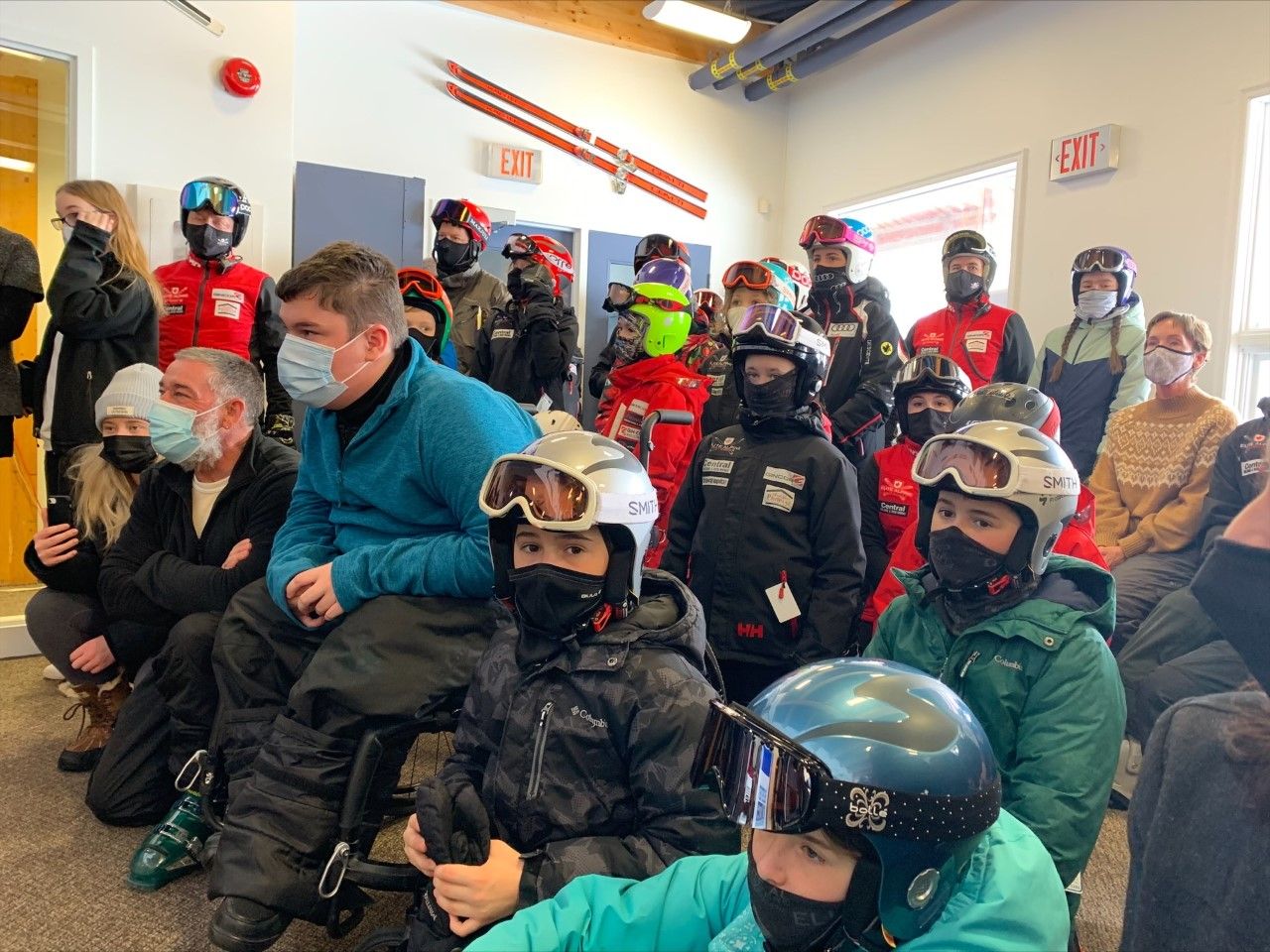 It’s difficult to keep the doors open and lights on when you’re only open two weeks out of a season.

That was the situation at Laurentian Ski Hill last year.

Karen Jones, general manager of Laurentian Ski Hill, said without government support it would have been almost impossible to pay the bills with no revenue.

But thankfully they received a lifeline.

The Ontario Trillium Foundation provided Laurentian with $100,000. The ski hill purchased a new, contactless point-of-sale system and compatible technology, as well as help with rent and water costs.

“Last season the ski hill was only operating for two weeks at the end of the season so we lost all of the revenue from our lift tickets and the revenue from our season pass members, which was deferred to this season so it left us with zero revenue sources,” Jones said during Saturday’s press conference at Laurentian to thank the province for their support.

“If it wasn’t for funding we wouldn’t have been able to do things like keep the lights on and pay rent. We had to continue to make snow throughout the season, because we didn’t know when the hill was going to be open. Even though there was so much uncertainty, we had to be ready for the season, unfortunately that didn’t happen. It was lost money, once the snow is made and the runs are ready, because we already spend that cost,” she said.

John Strang, president of the Laurentian Ski Hill Board of directors said Laurentian normally sees 35,000 visitors every year from across the province.

During COVID-19 that number plummeted to less than five percent.

“We’re slowly getting back to normal,” Strang said. “But without the funding from the Ontario Trillium Foundation we wouldn’t be here.”

But now with restrictions lifted and businesses in full operation, Laurentian is quickly rebounding.

“We are on the up,” Jones said. “We’ve never been busier, because we had a season where many local sports weren’t happening, but the ski hill was open and it was amazing. We had so many new people out skiing, the place is just packed with energy and optimism for the whole ski season, which we are truly grateful.”

Laurentian is home to several clubs and organizations, such as Nipissing Trackers, Elite Alpine Ski Cross, North Bay Freestyle Club and North Bay Antoine Ski Racing Club, that rely on the hill to train athletes and provide recreation opportunities for the mentally and physically disabled.

Tammy Morrison enrolled her daughter Summer, about five years ago into the Nipissing Trackers Club. The club provides skiing opportunities for children with disabilities.

She says, as an overprotective mom, it was a big deal to let her daughter take that leap without being by her side.

Morrison said despite her physical challenges Summer rose to the challenge and developed ski skills.

And she will never forget the day when she saw Summer ski down the hill by herself.

“It’s like watching your child take their first steps,” Morrison said. “We see the confidence in her and in her capabilities of skiing independently.”

Laurentian employs more than 50 people and operates from December to the end of March, depending on weather.

Jones said there are so many opportunities to make the hill a four-season attraction.

“We have some upgrades that need to be made to our infrastructure. The hill has been operational for 95 years and the infrastructure is aging and we need to make it more efficient.”