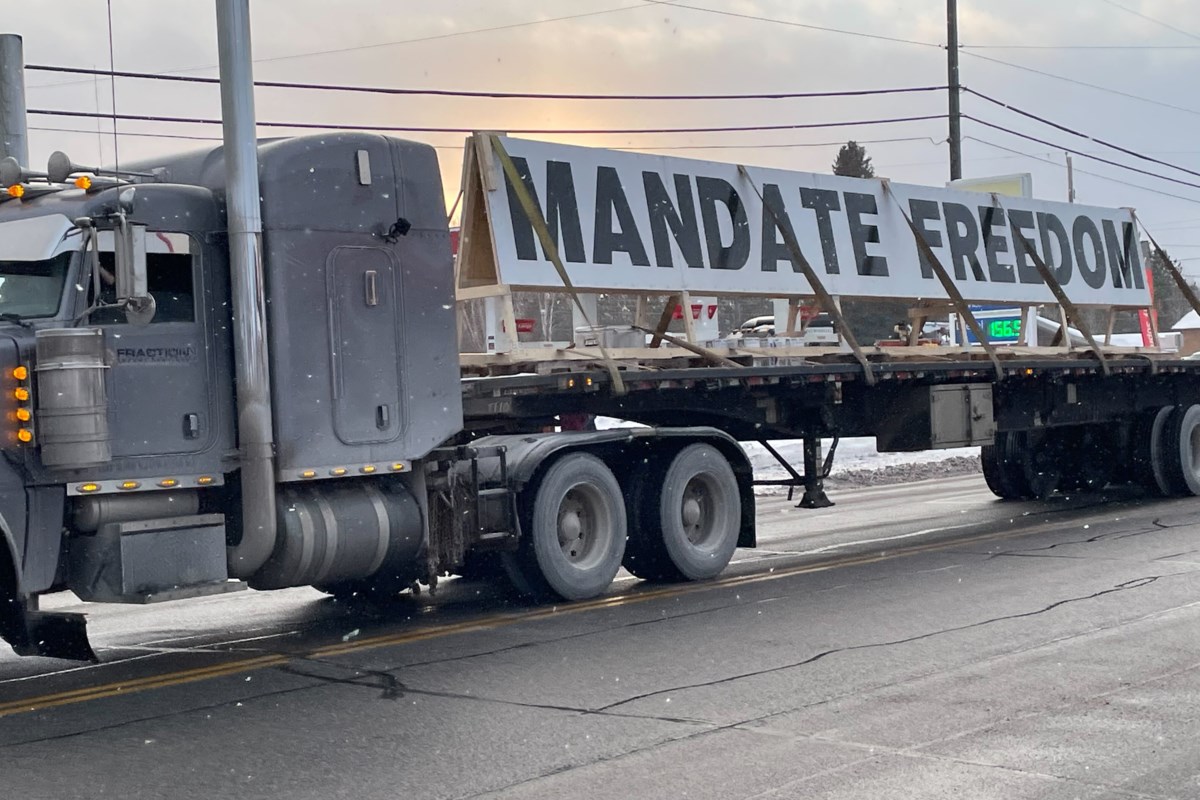 THUNDER BAY – A convoy protesting COVID-19 restrictions headed to Ottawa made an overnight stop in the Thunder Bay area.

Organizers refused to speak with local media and when asked, threatened reporters with trespassing charges on land they did not own after calling the reporters “dirty communists” and telling them to “go find a new country” in a verbal confrontation.

The convoy, which is reported to be over 17 kilometres long, began in protest of vaccine mandates for truckers returning to Canada, and grew to include protesters of a wide range of COVID-19 restrictions.

It was fund-raised by Tamara Lich, the secretary of the western separatist Maverick Party.

The first convoy departed Prince Rupert, B.C. on Jan. 22 and arrived at a truck stop at Twin City Crossroads on West Arthur Street at about 5:30 p.m. on Wednesday evening, with plans to depart the city on Thursday morning.

On Nov. 19, 2021, the Public Health Agency of Canada announced upcoming adjustments to Canada’s border measures including the requirement for essential service providers, including truck drivers, to be fully vaccinated after January 15, 2022.

The United States Department of Homeland Security previously announced on Oct. 29 that proof of vaccination would be required to enter the United States starting in January 2022.

The protest convoy has been condemned by the Canadian Trucking Alliance and the Atlantic Provinces Trucking Association.

“The Government of Canada and the United States have now made being vaccinated a requirement to cross the border. This regulation is not changing so, as an industry, we must adapt and comply with this mandate,” said CTA president Stephen Laskowski.

“The only way to cross the border, in a commercial truck or any other vehicle, is to get vaccinated.”