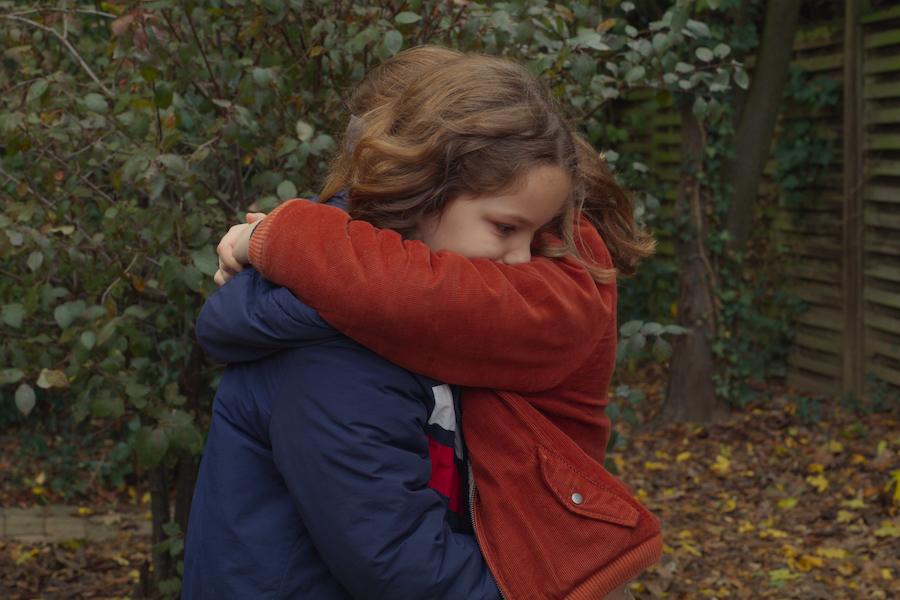 NOW critics navigate the options including between Petite Maman, Vortex, Spring Awakening and the Ozark finale

Dubuque and Williams’s highly addictive series about an upper-middle-class family caught up in money laundering, drugs and murder in the Ozark region of Missouri has ended with a bang. Not a surprising bang, mind you, but one that sounds a lot of bleak truths about class, money and power in America. After the promising first half of the final season introduced some new people – including the hot-headed Mexican drug cartel contact Javi (Alfonso Herrera) and the bad-cop-turned-P.I. Mel (Adam Rothenberg) – this final batch of episodes resolves most of the storylines in a satisfying way. The reappearance of Wendy’s (Laura Linney) father, a hypocritical religious zealot named Nathan (Richard Thomas), adds lots of psychological complexity and high drama, as does the debut of Javi’s mother, Camila (Verónica Falcón, whose intense performance has already begun a campaign to give her her own spinoff series).

Linney and Jason Bateman’s Wendy and Marty Byrde are in fine form as they continually bitch and argue about whether they’re doing what they’re doing for their increasingly fractured family, but as usual Julia Garner’s Ruth is the emotional centre of the show. She speaks the series’ best lines, takes part in some poignant flashback sequences and even gets to discuss Nas’s album Illmatic with Killer Mike from the rap duo Run the Jewels. She’s the heart of this series; I won’t miss the show that much, but I’ll miss her. All final episodes now streaming on Netflix. NNN (Glenn Sumi)

Portrait Of A Lady On Fire director Sciamma remains on fire. Her follow-up, Petite Maman, is a lovely and delicate lesson on processing big emotions in tiny packages. Within a slight running time, the movie follows 8-year-old Nelly (Joséphine Sanz) as she visits the French countryside with her parents to pack up her late grandmother’s belongings. Sadness abounds and the film stays at Nelly’s level, hanging on to her as she finds whatever is at her disposal to distract from it: a paddle ball, stones and the woods outside her mother’s childhood home that have an enchanting secret garden vibe to them. There, she encounters another eight-year-old, Marion (played by Sanz’s twin sister Gabrielle). They develop a friendship and understanding that is quaintly steeped in magic.

Like a child pouncing on a parent with a great, big, gentle bear hug, this one sneaks up on you. Subtitled. 72 min. NOW playing at the Cineplex Varsity. NNNNN (Radheyan Simonpillai)

Spend Mother’s Day weekend with the most accomplished feel-bad movie of the year. Vortex’s grim take on aging counters the refined cynicism and emotional cruelty of Michael Haneke’s Amour with a more visceral and voyeuristic decent into infirmity, and a panoramic view peaking at the world, which isn’t much better.

Legendary horror director Dario Argento plays a film critic. Françoise Lebrun is his wife, a retired psychiatrist slipping into dementia, prone to getting lost in a grocery store and putting them both at risk by leaving the gas stove on, for instance. The subject matter is a surprising departure for Noé (Enter The Void, Climax). No neon strobe lights this time. Though he’s being formally audacious as usual, presenting most of the movie in split screen that gives a punishingly suspenseful story double the impact. We see how connected the couple’s decline is as they grow further isolated. Subtitled. 148 min. NOW playing at the TIFF Bell Lightbox. NNNN (RS)

With Florida’s recent “Don’t Say ‘Gay’” bill and Roe Vs. Wade in danger of being overturned, this documentary about the groundbreaking 2006 musical Spring Awakening couldn’t be timelier – or more urgent.

Steven Sater and Duncan Sheik’s rock musical based on Frank Wedekind’s play about sexual repression and teenage angst in late 19th-century Germany dealt head-on with queerness, incest, suicide, abortion and other taboo topics. Director Warren uses the one-night 15th anniversary performance of the show last November – a benefit for the Actors Fund – to look at the show’s creation and catch up with its stars, all of whom (Lea Michele, Jonathan Groff, John Gallagher, Jr., Skylar Astin and others) were barely out of their teens at the time.

The result is a fascinating glimpse at both the creation of an unlikely musical hit – the creators never thought they’d transfer to Broadway – and a moving look at youth, or as director Michael Mayer puts it, a “cauldron of hormones, excitement, dreams of success.”

Michele’s revelation that she gave the then-closeted Groff his first view of a vagina has already made headlines and elicited interviews. But the cast’s revelations about their own experiences – with incest, suicide, sexuality – are just as fascinating. Director Warren edits sequences beautifully, often juxtaposing 2006 pro tape footage with 2021 rehearsals and performance. Groff emerges as the show’s radiant heart, tearing up repeatedly throughout the process.

While many songs are included intact, it’s a shame many have been cut out. And it’s a missed opportunity not to have interviewed Stephen Spinella, one of the original cast’s few adults, who could have talked, among other things, about his work on another iconic show, Angels In America. 83 min. Now streaming on Crave. NNNN (GS)

Doctor Strange In The Multiverse Of Madness

You may have already heard that director Raimi added a bit of ghoulishness to his entry into Marvel’s questionably cinematic and never-ending universe, Doctor Strange And The Multiverse Of Madness. Some critics have been eager to point out in their reviews and fawning tweets that Doctor Strange And The Multiverse Of Madness is the scariest and most macabre Marvel movie, as if Raimi, the man behind The Evil Dead and Darkman, got to go ham.

Present in this deadening slog through the multiverse are wraiths, ghouls, a zombie version of Benedict Cumberbatch’s Doctor Strange and a point where Elizabeth Olsen’s Wanda Maximoff (aka Scarlet Witch) goes full Carrie. But those playful, carnivalesque nods to Raimi’s canon aren’t exactly evidence of a director exerting authorial control over Marvel’s factory-line green screen assault. It’s more like giving a dog a treat for fetching your slippers. 126 min. NOW playing in theatres. NN (RS)