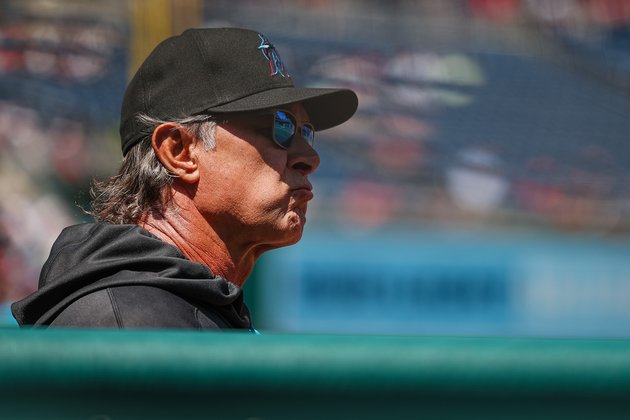 Yu Darvish held visiting Miami to two runs on five hits over seven innings and Steven Wilson worked his way out of a two-on, none-out jam in the ninth to pick up his first major league save Friday night as the Padres held on to defeat the Marlins 3-2.

Eric Hosmer, Matt Beaty and Manny Machado had RBI hits for the Padres.

The loss was the sixth straight for Miami, with the last five all by one run. The Padres have won eight of their last 10 games, including the first two in a four-game series against the Marlins.

With National League saves leader Taylor Rogers unavailable Friday, Wilson got the call as the Padres’ closer. But he gave up a leadoff single to Garrett Cooper and walked pinch-hitter Jorge Soler before getting three straight fly-ball outs.

The only blemish against Darvish was Jesus Aguilar’s two-run homer in the sixth to cut the Padres’ lead to one run. Darvish didn’t issue a walk and had three strikeouts while improving to 3-1. Robert Suarez struck out one in a scoreless eighth for the Padres.

For the second straight night, the Padres took a 1-0 lead in the first. Machado drew a two-out walk from Marlins’ starter Sandy Alcantara and came around on Eric Hosmer’s double.

The Padres made it 3-0 against Alcantara in the fifth. Trent Grisham opened the inning with a triple to right center and scored on Beaty’s double. Beaty, who was hitting .084 at the time of the hit, reached third when C.J. Abrams reached on a throwing error by Marlins shortstop Miguel Rojas — putting Padres at first and third with no one out.

But Alcantara retired Jake Cronenworth on a line drive to left and Ha-seong Kim on a pop fly to third, before Machado singled to left to make it 3-0.

Miami leadoff hitter Jazz Chisholm Jr. singled off Darvish to open the sixth and Aguilar followed with his third homer of the season — a drive deep into the left field seats at Petco Park.

Darvish finished his game by retiring the last six Marlins he faced. Before Chisholm’s single, Darvish had retired 11 of 12 Marlins since giving up back-to-back, two-out singles to Jon Berti and Rojas in the second.