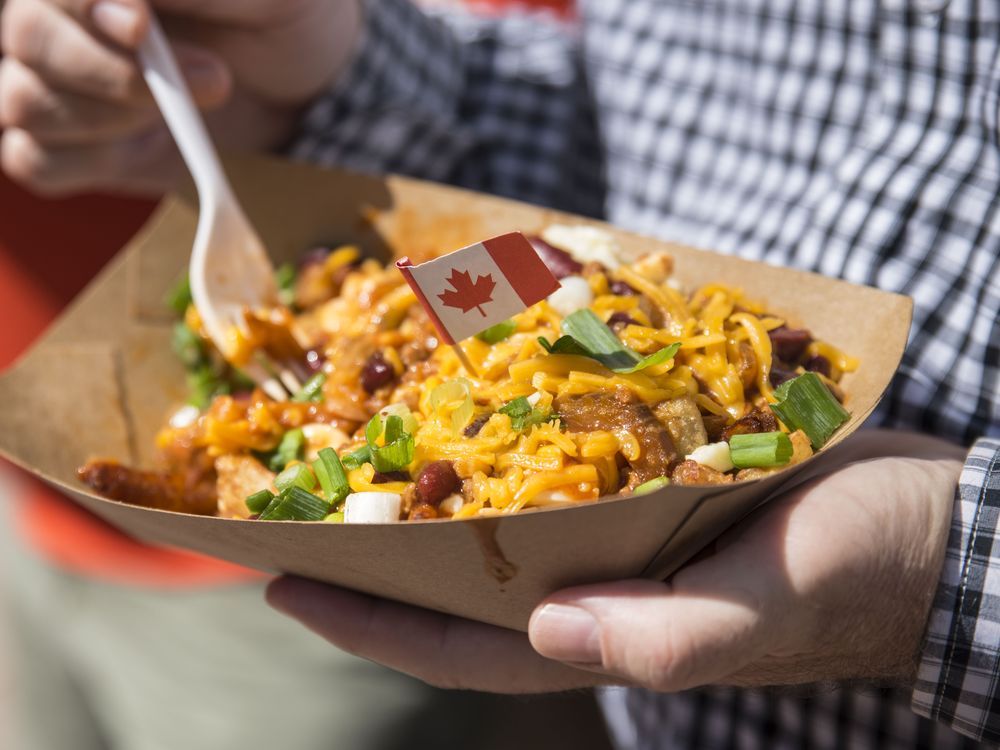 Owen Sound has stuck a fork in a proposal to serve as a host city for a Poutine Feast tour this summer.

Council rejected in a 4-4 vote Monday a staff recommendation to approve, in principle, allowing the free-entry event to take place in the 800 block of 1 st Avenue East from July 14 to 17, subject to council’s approval of an agreement that would be presented at a later date.

Council members who spoke in favour of the motion said the festival would attract thousands of people to the city’s downtown and benefit River District businesses, while those who opposed it voiced concerns about the event’s potential impact on permanent eateries in the core.

Coun. Scott Greig said the COVID-19 pandemic has negatively impacted restaurants throughout the city — causing business owners anguish and financial hardship — so it would be ill-timed to welcome the event and its out-of-town food vendors to the River District this summer.

“I view this as a bit of a slap in the face to them when they’re undergoing additional costs the last couple years, such as tents outside, certain restrictions on what they can do inside and outside,” he said. “I don’t see a lot of real value in this.”

Deputy-mayor Brian O’Leary said the event’s proposed timing is exactly why he supports it.

“We’re finally seeing the light at the end of the tunnel. I think we’ve got good news on the horizon. Bringing more people into the city — you bring in 6,000 or 5,000 people — I’m not worried about our downtown businesses; I think that’s going to help,” he said.

Poutine Feast organizers approached the city to see if it would be interested in serving as a host city for the travelling food festival after another Ontario community pulled out due to the COVID-19 pandemic, according to a staff report.

The organizer noted the city was approached because it could pull visitors to the event from throughout Grey-Bruce-Simcoe, has the infrastructure to support such a festival and has a vibrant River District area, the report said.

More than 50 varieties of poutine from six to eight vendors would be available during the festival.

Attendance at Poutine Feast events typically ranges from 7,000 to 12,500 people, depending on the weather, the staff report said.

If council provided approval in principle, staff would have worked with the organizers to develop an agreement and “robust event plan” for council’s consideration, the report said.

Mayor Ian Boddy said he doesn’t support the event taking place in the downtown this year due to the pandemic.

“We’ve just seen our restaurants take too much of a kicking being closed; employees working minimum wage and trying to live on tips, et cetera,” he said.

“Any other year, any normal year, I think it would be really lots of fun. I think our businesses need some support right now and I don’t think they’d be happy if we go ahead with this.”

Coun. Richard Thomas said he agrees the city should support its downtown restaurants, but noted there are other businesses in the core that are also struggling because of the pandemic.

“Here we have an event that is going to bring maybe 7,000 people, maybe 10,000 people, into the downtown. What about all the rest of those businesses? Downtown is not comprised solely of restaurants and food places,” he said.

“We have, as a city, been giving support to those restaurants and food places through our patios and our licencing and our Savour Owen Sound promotion. We do support those businesses downtown. But, in our rush to protect the restaurants, we’re denying everybody else the possibility of that additional business at a difficult time in the pandemic.”

During the public question period portion of Monday’s meeting, Owen Sound resident Peter Reid expressed concerns about having Poutine Feast in the city this summer.

He said it’s safe to assume most of the economic benefit of the event would be “leaving the city” in the promoter’s pockets since the festival includes out-of-town vendors.

He asked council if it feels allowing outside food vendors is the best way to promote the River District given the impact the pandemic has had on downtown eateries.

The staff report says if 10,000 people were to attend Poutine Feast over four days, it would inject $395,000 to $545,000 into the local economy, benefitting local businesses, particularly within the River District. Those figures are based on the Ministry of Heritage, Sport, Tourism and Culture’s regional economic impact model.