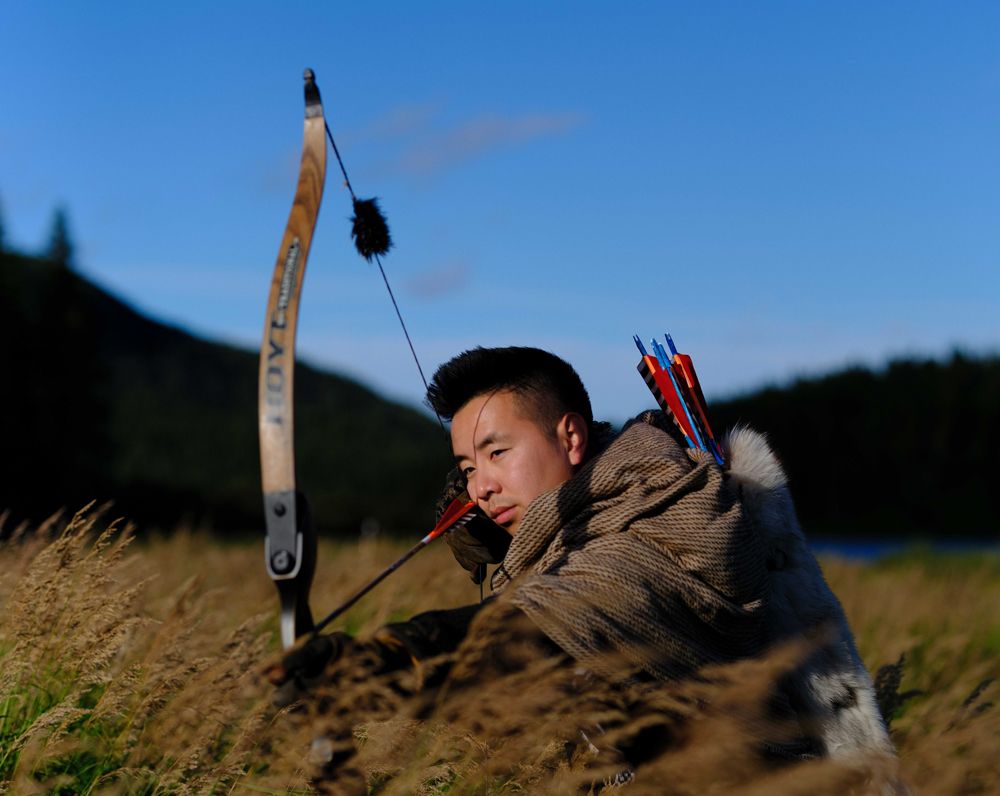 It’s called the ultimate test of human will.

The premise of the show is simple, 10 contestants equipped with just 10 items of their choosing are dropped into a remote wilderness valley along Labrador’s Big River. The person who lasts the longest wins the $500,000 prize.

“It’s a challenge of sheer human will, skill and knowledge,” Tan said. “At the beginning, you think you’re competing against each other but once you’re set out there you’re completely alone and it’s amazing how far you can push your body.”

Tan, 31, works as a general practitioner with Grey Bruce Health Services and in the emergency rooms at hospitals in Wiarton, Lion’s Head and Southampton.

He’s got a large following online where he’s often referred to as the survival doctor. His Instagram feed (@survival.doctors) features short videos instructing his over 12,000 followers how to pack and clean wounds and create improvised tourniquets.

His experience surviving in the Labrador wilderness will air on the History channel in 11 90-minute episodes.

There are no camera crews. The contestants film themselves. They are responsible for all elements of their survival with no assistance. The survivalists have to contend with wildlife including polar bears and harsh North Atlantic winds.

The last one standing, the contestant who never “calls out” and asks to be rescued, wins the half-a-million-dollar cash prize.

The experience for Tan was a culmination of a life lived pushing boundaries and testing limits.

Tan grew up in Montreal in a family that travelled often for work. By the time he was a teenager, he was buying one-way tickets to remote locations and getting himself lost. He bushwhacked through the Amazon rainforest, hiked on volcanoes and once fell down a ravine after passing out at altitude.

As he travelled, he developed a fascination and appreciation for indigenous cultures and the bushcraft and survivalist communities online. He worked for non-profit organizations in South America, Ghana and East Africa before joining the Canadian Army Reserve as an infantry soldier at the age of 17.

“When you’re young and get into some dangerous situations you kind of get smart, realize you need training and additional knowledge,” he said about his decision to join the army.

Part of his training in the army included cold weather warfare and survival. Tan and a small group of soldiers would carry 50-pound packs and haul 200-pound sleds for miles into the subarctic and Arctic. He said that experience taught him how to improvise in emergencies.

“Plans always go awry. I think it’s almost like anticipating things are going to go wrong and it’s not a bad thing. It’s almost like a challenge or a game to change that mindset,” he said.

After six years as a member of the military Tan enrolled at a Michigan medical school where he soon experienced another kind of survival.

In an effort to save money and remain financially independent while at school Tan spent some time living in his van. He showered at Planet Fitness and survived on free food at the hospital or at the gym, all the while attending 5 a.m. trauma surgeries and interviewing for residencies.

“On the really long days I would stockpile those little coins for the massage chair and just pass out,” he said. “It’s a different type of survival.”

Throughout it all, Tan kept his skills sharp.

“I would pick a point on a map that doesn’t look like there is much public access and either take a raft or hike to it and practice my skills,” he said.

Applying to be on a show like Alone was just another challenge for Tan. He’d been out on expeditions by himself before, but he knew he would need to push himself further than ever.

Tan said he knew he would need to draw on some kind of emotional reservoir when he was alone in the middle of nowhere hungry and cold and needing a boost of energy.

He calls it grounding himself in his reason.

“To do it for yourself is a very difficult thing to do. One thing I feel like has been monumental to my longevity out there was doing it for other people,” he said. “It’s almost like an out-of-body experience where something out there is lifting you up. It’s hard to describe. It’s like an energy that doesn’t come from food that will keep you out there in whatever difficult situation for a very long time.”

He wants to inspire his family in Montreal and anyone else who feels like they’re stuck in their lives either because they’re too comfortable or too afraid to fail.

“I’m hoping to inspire them to want to do things I think they deserve, that they may not think they deserve, or to do things for their health and wellbeing they may not feel capable of,” he said. “It’s terrifying to think you can’t do something new and it’s incredibly uncomfortable to feel like you have to try something new to have a glimmer of hope . . . it’s becoming more and more rare for people to pursue dreams these days and I’m hoping that changes.”

The first episode of Alone season nine premieres May 26 at 10 p.m. on the History channel. The show is also available to stream on StackTV and through Amazon Prime.

Tan’s spent a lifetime surviving in some of this world’s harshest conditions, but most people hiking on the Bruce Peninsula this summer won’t ever be out of earshot or cellphone coverage. Still, he offers some helpful advice.

For those looking to get away on the water, he suggests always wearing a lifejacket and keeping their phone in a waterproof case. He said hypothermia is possible even in the warmer months and especially if people get caught out overnight unexpectedly and forced to camp on an island or shoreline. He said people should prepare by bringing some kind of signaling device and by knowing how to get themselves warm in those situations.

The peninsula is known for its popular hiking trails and Tan knows from his work in area emergency departments that can mean fractures and sprains. He suggests using hiking poles, packing a brace if susceptible to joint injuries, and carrying athletic tape to help with any minor bumps and cuts.

If a loud pop, click or snap is accompanied by a sharp pain that could mean something more serious. He said in that case people should try to remove their boot and reduce the swelling either with medication or by dunking their foot in the cold Georgian Bay waters.

Finally, he suggests anyone who cuts themselves should clean the wound to prevent infection and suggests clean water is as good as anything to help with the task.