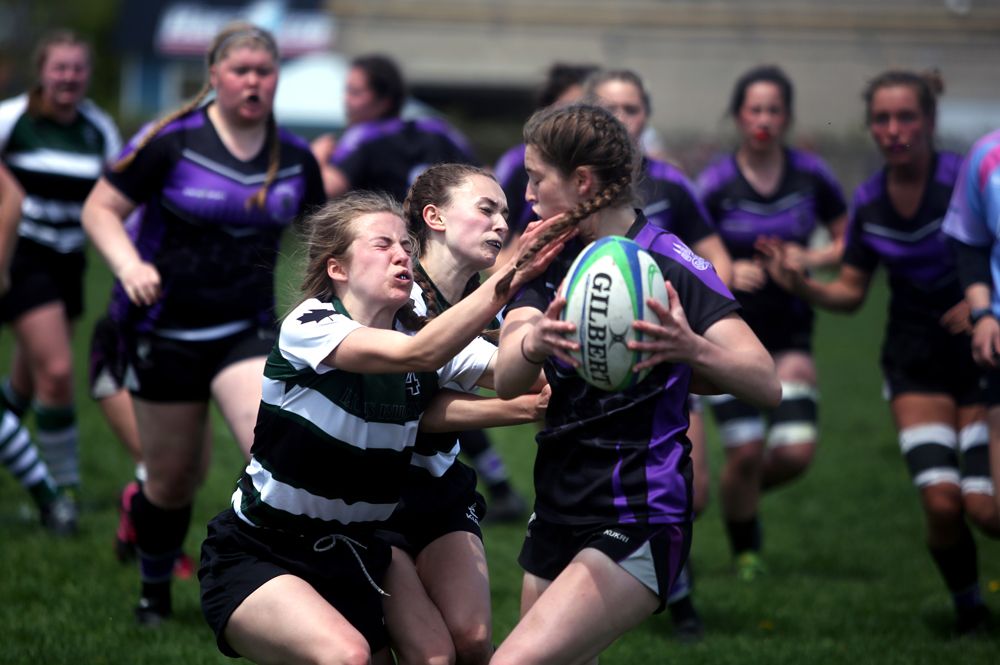 The Wolves went 4-0-0 on the year and outscored BAA opponents 148-10 in the regular season.

Prior to two cancelled seasons amid the COVID-19 pandemic, the Wolves reeled off back-to-back undefeated championship runs.

“It’s just starting from square one again, teaching what end of the ball to hold and that kind of thing,” said OSDSS coach Rob Lee. “It’s been one of the biggest struggles, but it wouldn’t be a struggle because it has been a lot of fun. It has been uplifting to see how the girls came together.”

The Grey Highlands Lions finished the regular season with a 3-1-0 record. Their only loss of the campaign came at the hands of the Wolves on May 2, a 27-0 shut out.

Sacred Heart played to a 1-2-1 record on the season. St. Mary’s finished at 0-2-2 and the new-to-the-scene Kincardine Knights finished 0-3-1. Saugeen District did not field a team this season.

Missing two seasons in high school athletic competition meant the BAA clubs had to restart with a new generation of players who had little to no experience.

“That’s just a bridge we would never be able to cross . . . we had a gap,” Lee said. “We kind of forgot what it feels like and what that success was.”

Lee said he had to work again at selling the sport to potential athletes as he recruited ahead of the season, but by the end of the year being a part of the Wolves rugby program was once again a popular choice at the school.

Next up, the Wolves will travel to Brantford Wednesday for the CWOSSA senior girls triple-A rugby championship hosted at Brantford Collegiate.

The Wolves have slotted into Pool B with Kitchener-Waterloo Collegiate (KCI) and Guelph’s JF Ross. In Pool A are Brantford Collegiate, Guelph Collegiate, and Waterloo’s Bluevale Collegiate.

The winner of Pool A and Pool B will meet in the championship game set for Friday, May 20, at noon.

The winner of Pool A and Pool B will meet in the championship game set for Tuesday, May 24, at 1 p.m.