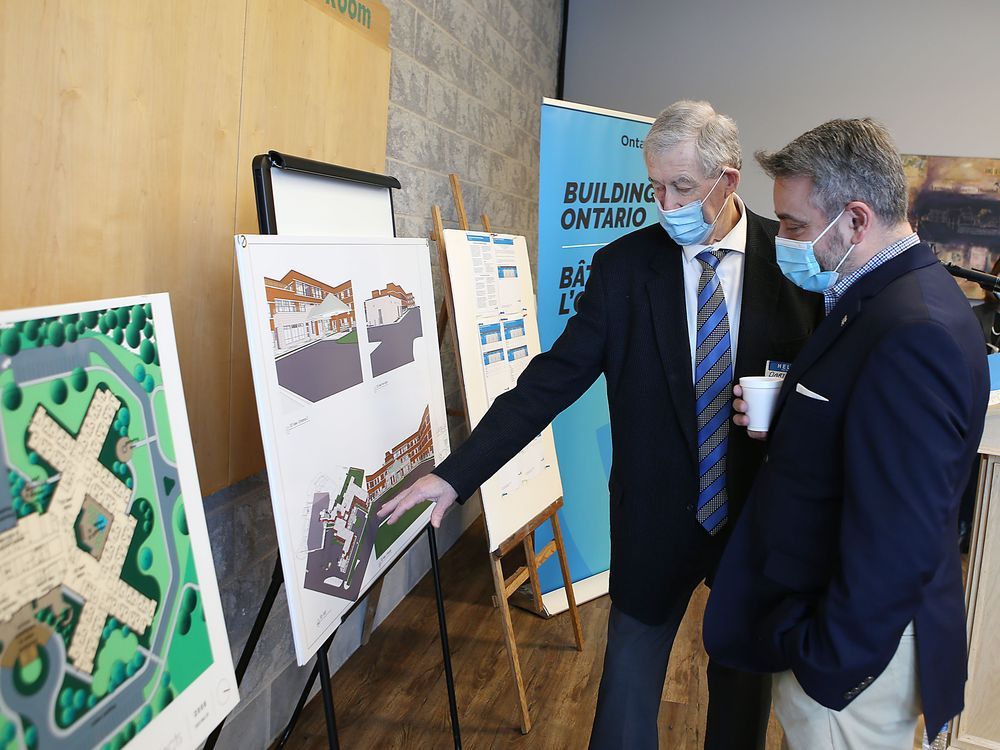 NAPANEE — Three long-term care facilities in Hastings and Lennox and Addington counties are to be renovated or expanded in the coming years.

Stirling Manor Nursing Home in Stirling is to receive 21 new beds and upgrades to 75 existing beds in a new building.

Friendly Manor Nursing Home in Greater Napanee is to receive 36 new beds and upgrades to 60 existing beds in a renovation to the existing home.

Caressant Care Marmora is to add 12 new beds and upgrades to 84 existing beds in a renovation of the existing building.

“This is a wonderful day, it’s an unprecedented day,” Hastings–Lennox and Addington MPP Daryl Kramp said.

“We have a lot of people who have to drive one to two hours to see their loved ones. We have one of the longest waiting lists in the province with the second-largest concentration of seniors in Ontario,” Kramp added. “So the need is undeniably there — there are no ifs, ands or buts — to have our government recognize that and act so expeditiously, and, quite frankly, wholesomely.”

The three new projects join four other long-term care facility expansions already underway in the area, including the addition of 128 new beds in Madoc, Tyendinaga Mohawk Territory and at Lennox and Addington County General Hospital in Greater Napanee. Another 62 new beds are being created at Village Green in Greater Napanee, where 66 existing beds are also being upgraded.

In total, Hastings and Lennox and Addington counties are expected to receive 515 new and 285 renovated long-term care beds in the next few years.

The local long-term care expansions are part of a $6.4-billion investment by the government to create up to 30,000 new beds across the province.

“We’ve been focusing on long-term care since actually before the election,” Long-term Care Minister Paul Calandra, .

In addition to new and expanded buildings, the government has also pledged to hire more staff and improve accountability and transparency, Calandra said.

“It’s staffing, improving staffing and care. It’s building new, modern, safe facilities. And it’s also about accountability and transparency in how we undertake a long-term care reform, and part of that is the largest build-out in Canadian history,” he said.

“These projects will begin this fall and through 2024, and once completed, these developments will provide long-term care spaces in one of the highest need communities in the province of Ontario. They will address residents’ needs in a variety of ways, including specialized behaviour or supporting palliative care, and they will work with local health teams and education sectors.”