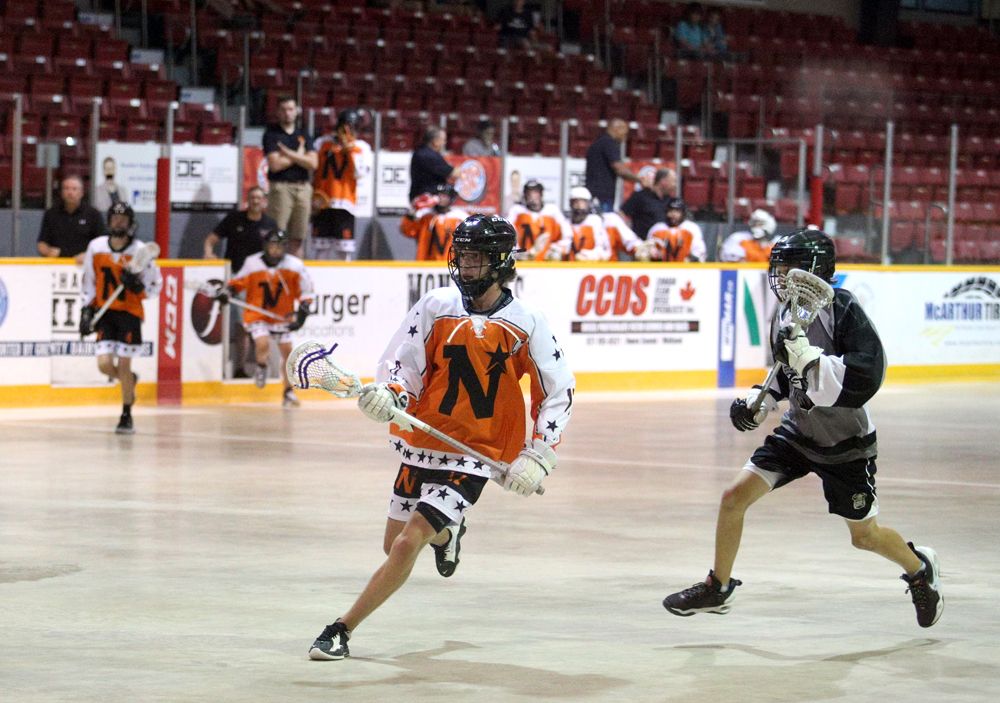 The under-15, under-13 and under-11 N’Stars teams earned victories on championship Sunday at the Bayshore.

The Sarnia Pacers won the under-9 championship while the Clarington Green Gaels won in the under-17 division.

Over 40 games were played at three locations as minor lacrosse teams from across the province once again descended on the Scenic City for the three-day father’s day weekend tournament.

Goaltender Oliver Stackhouse led the under-11 North Stars to a 10-1 victory over the Sarnia Pacers in the championship contest Sunday. Weston Reid scored three in the victory for Owen Sound.

Chace Snow earned player of the game honours as the Owen Sound North Stars topped the Windsor Warlocks 8-2 in the under-13 championship game.

Snow netted three goals in the game while teammates Avery Yarde and Chace Minard each scored a pair. Oliver LeBlanc scored in the game for Owen Sound as well.

In the under-15 championship, the Owen Sound North Stars topped the Orangeville Northmen 8-2 with team captain Ryan Cranny netting three markers. David Rouse scored a pair of goals while Christian Sinclair, Ronan Beyer and Brock McIlmoyle each bulged twine in the victory. Jacob Fluney earned the win between the pipes.

The Sarnia Pacers needed sudden-death overtime to beat the Mimico Mountaineers 7-6 in the under-9 division while the Clarington Green Gaels took the under-17 division with a last-minute goal to defeat the Wallaceburg Griffins 5-4.

The tournament also featured games in the under-7 paperweight division.

This year, the tournament was played in memory of longtime Owen Sound businessman and supporter of local sports Glen Juniper who passed away in 2021. Juniper was a coach, team president and television broadcaster, and wore many other hats as a well-respected cornerstone of the local sports scene in Owen Sound.