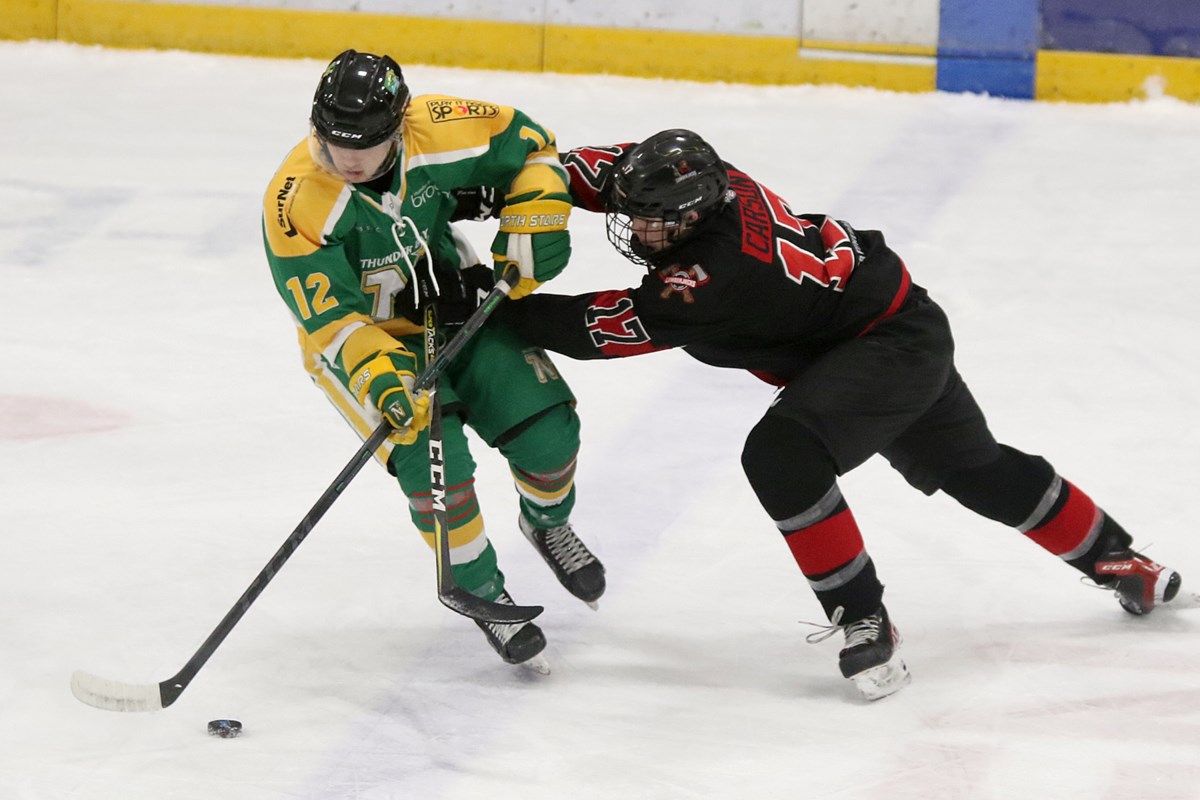 Dimitri Trahiotis had a goal and an assist for the North Stars, who advance to take on No. 1 Kam River in the second round of the SIJHL playoffs.

SPOONER, Wisc. — The Thunder Bay North Stars are moving on.

The Superior International Junior Hockey League team completed their three-game sweep of the Wisconsin Lumberjacks on Friday night, posting a 5-2 win in Game 3 of their best-of-five series to oust their hosts and move into the second round.

Mason Wesley, Edison Weeks, Hunter Foreshew and Lou Vesperini scored four straight goals in the second period to erase a 1-0 Wisconsin lead , the goals coming in a 7:18 span after the two sides were held off the score sheet in the first.

Dmitri Trahiotis iced with his second of the playoffs with 28 seconds to go in the third.

Zach Carson and Ryder McMillen had the goals for Wisconsin, who poured 39 shots on Thunder Bay goaltender Jordan Smith. Kyler Lowden, back from a one-game suspension, made 46 saves in the loss.

The North Stars will take on the top-ranked Kam River Fighting Walleye in Round 2 of the SIJHL playoffs, while Dryden will tangle with the Red Lake Miners, who finished second in the standings. Dryden swept Fort Frances in Round 1, finishing it off on Friday night with a 9-0 win.

Maxime Collette, Jackson Jacques and Cameron Ware each had a goal and three assists for the Ice Dogs, while Cole Johnston made 17 stops to earn the shutout in nets.

The second-round schedule has yet to be posted.