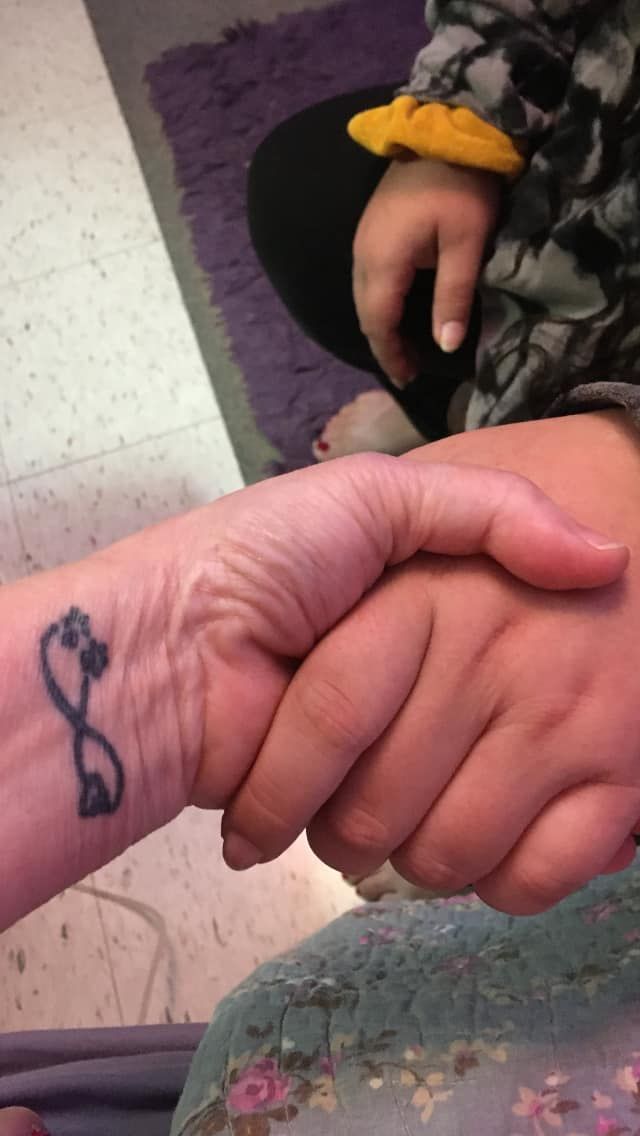 Susan Dunn, a 59-year-old North Bay resident and mother of two, said she hoped heaven is everything her grandparents said it would be.

“I was lucky enough to have four grandparents who believed in God and heaven and believed there is an ever-after and you will get to see your loved ones again,” she said.

Dunn decided to end her life on her own terms.

She picked the date, the time and the songs to be played during the MAID (Medical Assistance in Dying) procedure that took place Friday at 10 a.m. at the North Bay Regional Health Centre.

Dunn, in an interview with The Nugget before the procedure, said she expected Friday morning would be tough.

“I’m going up there with the mindset that I’m having an operation, let’s do it and get it over with. I don’t want to be thinking about it and I don’t want to have people hanging around me crying,” she said.

“I can’t go up there thinking I’m never going to see my son again. Joey is my heart and soul and I loved being Val’s mom even with her issues. The hardest thing is not being there for my kids, but I never wanted to put them through a long drawn-out death or Joey walking in and finding me dead in bed.”

Dunn had been preparing for this for many months. She said this decision didn’t come easy.

She told The Nugget reporter this article and her final Facebook post will be the way most of her loved ones will be informed of her death.

“I want my loved ones to understand that I absolutely do not want to go, do not want to die, but it is more important to me that my children do not see a long, horrible passing that is inevitable without accessing MAID,” Dunn said.

She stopped talking for a second or two, gathering her emotions, and said she had picked out her music.

“Where no One Knows Me by Jann Arden. I want Black Velvet by Alannah Myles, that one has always reminded me of my son, and for my daughter, If Tomorrow Never Comes.”

Dunn tried not to break down as she explained how her life was cut short.

She talked to The Nugget on July 2 about her decision to end her life because of her rapidly declining health and her struggle to breath with COPD (Chronic Obstructive Pulmonary Disease).

With a few weeks remaining before her scheduled death, Dunn said she wanted to make every second count and didn’t want to waste time thinking about her decision not to let all her family and friends know.

“I’m having enough trouble from now to then keeping my s— together,” Dunn said.

“Joey and I are doing a wish list. We went to Huntsville to Pizzaville, because that’s his favourite pizza. We bought five pizzas and froze them for him. We also went to Tutti Frutti in Sudbury and got crepes, went to the new casino and we played slots for an hour. He wants to go to Sunset Park and Kinsmen beach and have a picnic.”

Also on the list was hanging out with a goat for a day. Yan and Sherry at Piebird Sanctuary made that request a reality with the help of Canadian singer and songwriter Jann Arden.

While trying to squeeze in her last few moments, she had tied-up all the loose ends.

“If you saw my bedroom, I have notes on everything and what is to go to who. My legal stuff is all done, I have a few emails to send off to people and make my final Facebook post and then I’m done,” she said.

“I don’t feel like I owe it to anyone. I hope my friends understand, but for me to call up every person I love and say hey this is what I’m doing and say goodbye, it’s too hard and I would just fall apart.”

Dunn’s health started to decline around 12 to 15 years ago while living in the U.S.

She said she had a bacterial infection in her colon and subsequently developed COPD.

Dunn said one of her biggest regrets was notquitting smoking.

“Last September I got pneumonia and was put on oxygen, since then my health has gone down rapidly. I got pneumonia for the second time in December and that just made everything so much worse.”

Dunn said she had two choices: spend the money she saved for her son and use it to wait in Toronto for a double lung transplant that might last five years, or apply for the MAID service.

“For me to throw away what I’ve saved for my son just didn’t make sense.”

In the same breath, Dunn was proud to say she had checked all the boxes when it comes to being a donor.

She’s not only donating all her major organs, but she’s going a step further and donating skin, muscles and anything else that can be harvested.

“I’ve known since I was 16 years old about organ donation. Some people like it, some people don’t and some can’t do it for religious reasons. It’s a personal choice. I also think it’s wonderful that if you’re in a position that you’re in pain and you don’t want to have a long drawn out death and have your loved ones watch it I’m absolutely behind MAID. I’ve never connected the two.”

Dunn said she never knew those who wanted MAID could also be an organ donor.

She said if even one person who is considering MAID decides to donate their organs, that is going to save people.

“My eyes and kidneys have been accepted for transplant.”

Dr. Paul Preston, who was scheduled to perform the MAID service, said the option is a good death.

“No more suffering, peaceful, saying I love you to your loved ones who surround you and, on top of that, a heros’ death – saving the lives of multiple people you’ll never meet.”