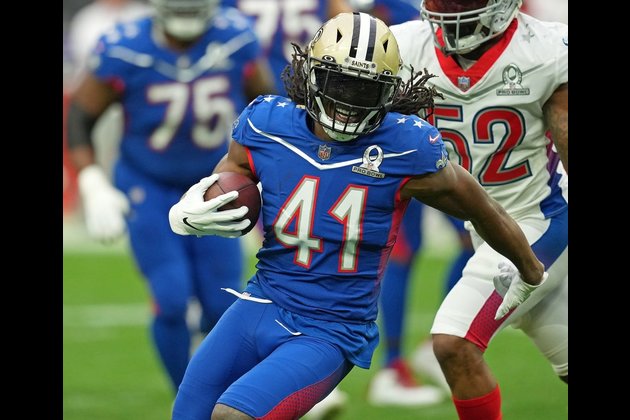 The New Orleans Saints running back has an Aug. 1 court date and potentially could be suspended by the league under the personal conduct policy.

Sources told ESPN that there is no firm timeline on a disciplinary decision by the NFL, meaning Kamara could be available for the Sept. 11 season opener against the Atlanta Falcons unless he is placed on paid leave via the commissioner’s exempt list.

Kamara, who turns 27 on Monday, was arrested on felony battery charges after a Feb. 5 incident at a Las Vegas nightclub during the NFL’s Pro Bowl weekend.

According to police, video evidence shows Kamara punching a man eight times. The alleged victim was knocked unconscious and sustained an orbital fracture to his right eye, police said. After the man fell, he was allegedly stomped on by others in Kamara’s group.

Kamara played in the Pro Bowl at Allegiant Stadium in Las Vegas the day after the incident.