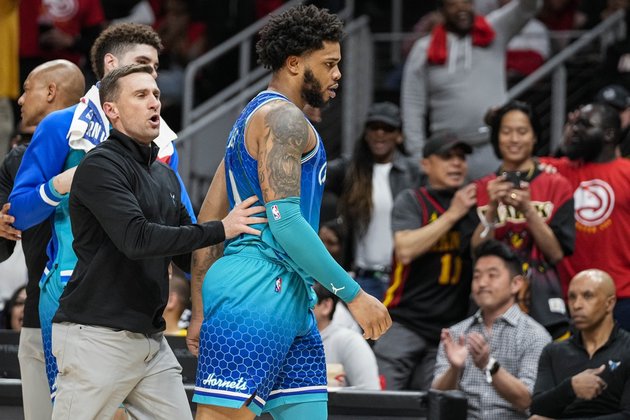 The NBA announced a $50,000 fine for Miles Bridges of the Charlotte Hornets on Thursday, one day after he threw his mouthpiece into the stands.

Bridges apologized after the incident in which his mouthpiece struck a young fan. He threw it after receiving two technical fouls in the fourth quarter.

The Hornets went on to lose 132-103 against the host Atlanta Hawks in an Eastern Conference play-in game.

A fan taunted Bridges on his way to the locker room, and he responded by throwing the mouthpiece in the fan’s direction. But it hit a girl two seats over instead.

“I was aiming for the guy that was screaming at me and it hit a little girl,” Bridges said. “So that’s definitely unacceptable on my part and I take full responsibility. …

“That’s out of character for me. You’ve been around me; I don’t act like that or ever flash out like that. So that was definitely wrong, a lot of emotions and hopefully I can get in contact with the young girl and sincerely apologize to her and do something nice for her, but that’s definitely on me.”